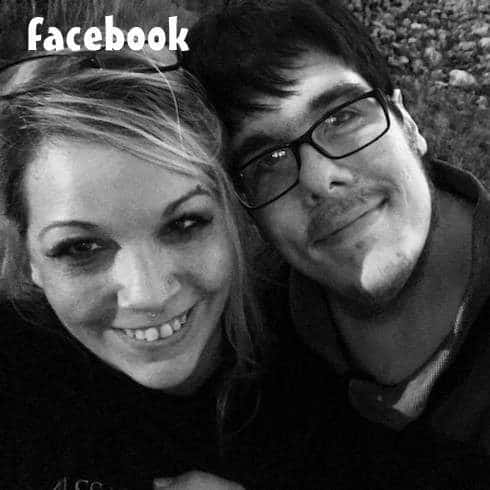 Earlier this year, Starcasm broke the news of controversial My 600 Lb Life star Steven Assanti’s surprise marriage to a massage therapist from Iowa. We spoke with a clerk in the Polk Country Recorder’s office who confirmed that Steven and the former Stephanie Sanger are in fact legally married. Based on photos the two shared after the event, they look to have been wed in a Des Moines judge’s chambers around May 17th, 2018. (The exact date of Steven and Stephanie’s marriage remains unclear, but May 17th is the day they first shared photos from their ceremony — click here to see those and read our full report.)

Immediately, My 600 Lb Life viewers (as well as Steven’s detractors) scoffed at the relationship, assuming it had to be a practical joke. Some went so far as to call it catfishing. But Stephanie, who began dating Steven approximately three months before marrying him, explained her love for the better-known Assanti brother in an exclusive interview with Starcasm this past summer.

“His face his eyes and hair I think hes beautiful,” Stephanie told us. “Beauty is skin deep and he has a heart of gold….[Steven is] nothing like how he was perceived on the TV show at all or on his YouTube videos. He’s a gentlemen and a fantastic lover and lover of life in general.”

Is Steven Assanti still married? How long have he and his wife been together?

It may not surprise you to hear that there’s still a great deal of skepticism regarding Steven Assanti’s wife. Steven himself is no longer on social media, but he appears to at least sometimes speak for Stephanie on her Facebook page. Near the end of our June interview, Steven admitted to typing out some of his responses to us, though they came from Stephanie’s account. (Stephanie also changed her profile’s last name from “Sanger” to “Assanti” shortly after we interviewed her.)

But, based on everything we’ve been able to find, the two of them are indeed still together: they’ve been a couple for about ten months, and have been married for seven.

One month into their marriage, Steven and Stephanie even got matching tattoos: “he sees all my light” on Stephanie’s left forearm, and “She loves all my dark” on Steven’s: 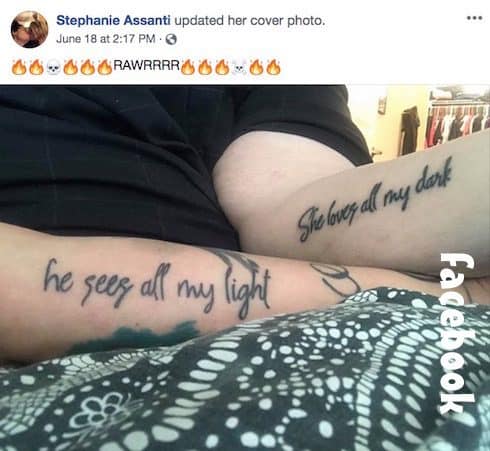 Another update came in late August, in the form of the photo at the top of the article above. “I Love U <3 Her & I," read the caption." Below is the most recent public photo of Steven and Stephanie, which they shared in mid-October: 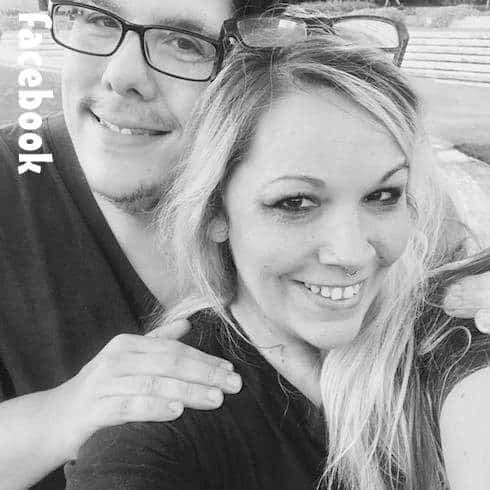 This time, the caption was even simpler: “I Love You.”

We reached out to Steven Assanti’s wife Stephanie to ask how the pair is doing, and whether we might see them on a future Where Are They Now? episode. “Things are going well,” Stephanie’s account told us. “Busy getting ready for the holidays. [Steven] no longer has a relationship with Dr. Now or the My 600 Lb Life producers at Megalomedia.”

If Steven’s My 600 Lb Life contract has indeed expired, it seems unlikely that the speculation and gossip over his marriage will die down anytime soon. With that said, both Steven and the show’s producers know that any future episode featuring him is bound to be ratings gold, so it’s at least possible we haven’t seen the last of him just yet.