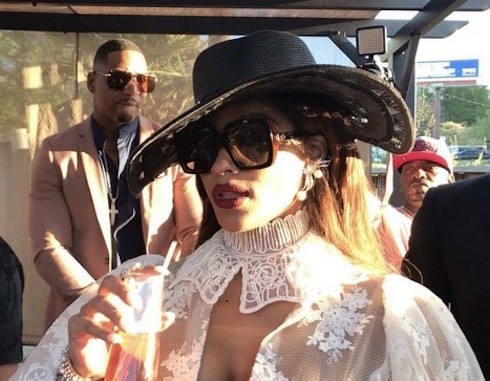 Stevie J may have accepted publicly that he’s the father of Joseline’s baby Bonnie Bella, but that doesn’t mean that the two of them are ready to co-parent peacefully and harmoniously. (And, really, when have things between them ever been peaceful or harmonious?) According to a new report from Bossip, the Joseline and Stevie paternity fight shows no signs of slowing, despite the amorous overtones of the couple’s recent photos together.

The report states that mom and dad’s attorneys have been trying to reach an amicable settlement for months. Apparently that’s all done with, though, since now Joseline and Stevie are headed for a custody battle in the courtroom–and the proceedings, much to the chagrin of Love & Hip Hop Atlanta fans, will not be televised. Fulton County Superior Court Judge Jane Barwick denied the request of NFG TV–LHHATL’s production company–to set up cameras in the courtroom.

Judge Barwick also set a date for the trial: the legal battle is set to commence in June. Which means that LHHATL Season 6 may still be filming that far out–or it may mean that NFG is simply trying to get a head start on Season 7. 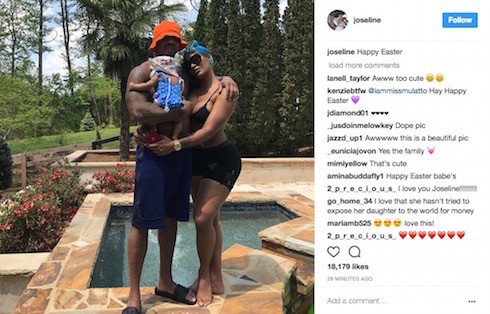 While we don’t know exactly what Joseline and Stevie are fighting over (presumably it’s the specifics of the custody agreement), it’s clear that the two of them are more at ease around each other than they’ve been in months. Joseline shared the above photo of herself, Stevie, baby Bonnie, and a simple Easter greeting just a few hours ago (and we promptly screencapped it in case Joseline deletes it the next time Stevie drives her into a fury 😉 ).

Plus, it was only a few days ago that the pair sent fans’ heads spinning with talk of a second baby. Granted, the talk came as another Instagram caption while Stevie and Joseline were at what was believed to be a paying gig together. So it’s likely that the two of them just know how to get people talking about them. And they kept up appearances for several years with a marriage that turned out to be a sham, while Joseline’s alleged real husband of 19 years only surfaced after Stevie admitted that he and Joseline had a largely professional relationship.