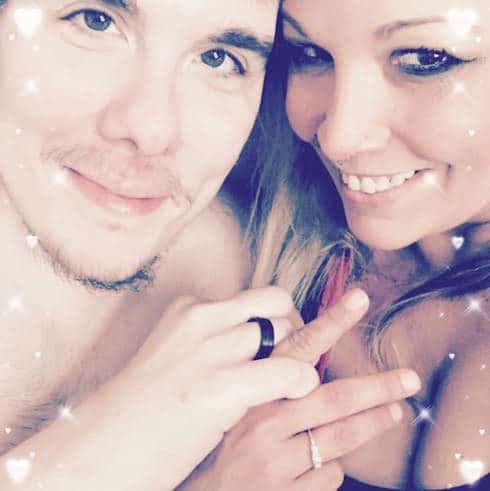 Fans of My 600 Lb Life were shocked when we revealed earlier this year that cast member Steven Assanti has a steady girlfriend. But when photos of the pair sporting what looked like wedding rings cropped up on social media, a different question started getting asked: Did Steven Assanti get married?

It turns out that the couple’s relationship was more serious than most observers knew. We can now confirm that, yes, Steven Assanti is married. He and Stephanie Sanger were wed in an Iowa judge’s chambers just under one month ago.

As we wrote this spring, it looks like Steven and the former Ms. Sanger started dating around the time she first appeared in Steven’s Facebook feed in late February. For several weeks, every single post in Steven’s feed was either a photo of he and Stephanie together, or a taunt for the (many) detractors who refused to believe that their relationship was legit.

Stephanie, a licensed massage therapist who lives with her daughter in Des Moines IA, has been linked to rumors that she’s an adult film actress. Or that she’s simply catfishing Steven. Those rumors intensified when Steven’s Facebook page disappeared a few weeks after we published our report — and when Stephanie’s page went silent.

Did Steven Assanti get married? Yes, he really did

Then, this past April, Steven began appearing on Stephanie’s Facebook page once more. By mid-May, Stephanie was teasing “a big announcement” and something “to shut the haters up” in since-deleted posts.

Then, on May 17, she posted the photo at the top of the article. When her followers called her bluff, Stephanie shared two more since-deleted pics, of herself and Steven kissing in what looked like a judge’s chambers. One of the photos — the caption for which said, among other things, “just married Stephanie Assanti & Steven Assanti” — was screengrabbed by a member of the Steven John Assanti Facebook group.

Here’s that update, which Stephanie also appears to have shared on May 17: 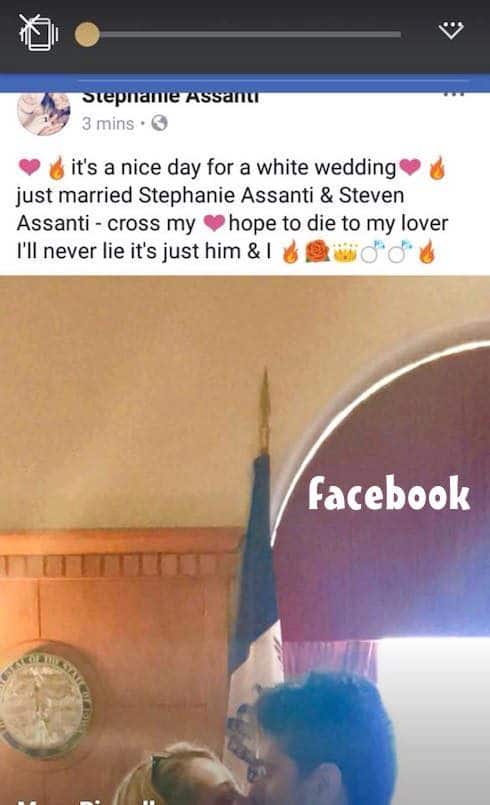 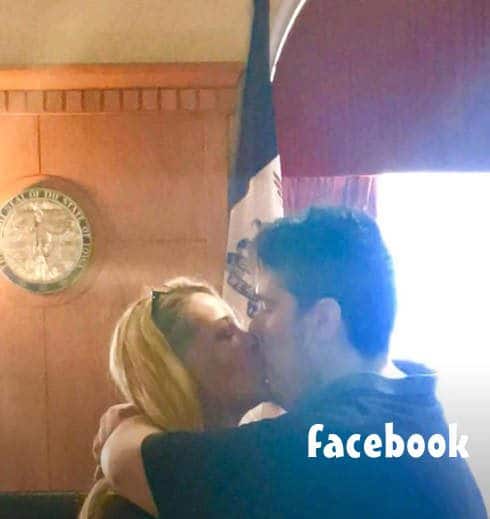 Several still-incredulous followers pointed out that Stephanie’s name on Facebook was still “Stephanie Sanger.” She’s since changed it to “Stephanie Assanti,” though her Twitter account, which she uses less frequently, still lists her maiden name: 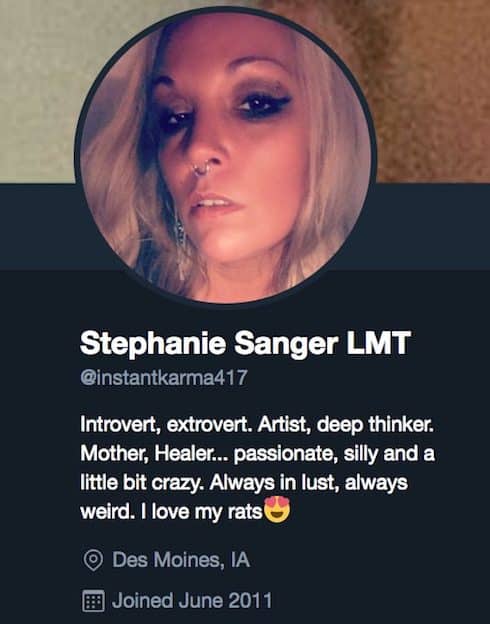 We were curious (to say the least) when we found out about Steven Assanti’s alleged marriage. But it’s difficult to fake a wedding photo like the one above, which also features the seal of Stephanie’s home state of Iowa. And Des Moines, her home city, is primarily in Polk County, though a small portion of it extends into neighboring Warren County.

So we contacted the Polk County Vital Records Office, who couldn’t have been more helpful. And the good people working there confirmed it: Steven John Assanti and Stephanie Sanger were married in Polk County IA; their marriage certificate was recorded on May 21st, 2018. (The Vital Records Office could only confirm the date they recorded the certificate; the actual date of Steven and Stephanie’s wedding ceremony wasn’t included with their records.)

We’ve reached out to Stephanie for comment and will update this article when and if she responds.

UPDATE – We were able to interview Stephanie Assanti, who told us all about how she and Steven met and explained how she fell in love with his “beautiful heart of gold.” Click here for our exclusive interview with Steven’s wife Stephanie Assanti.