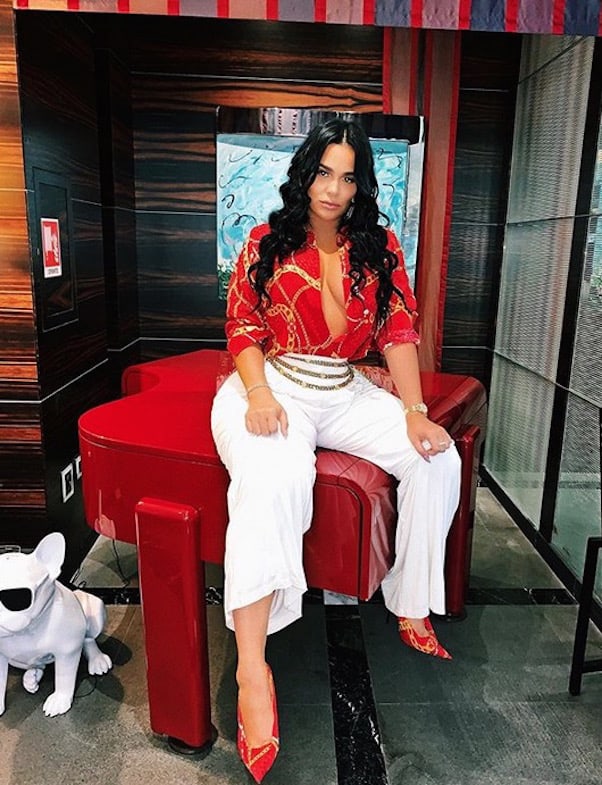 More good news for fans of the oldest school Love & Hip Hop cast there is! Fresh on the heels of news that Chrissy Lampkin, Jim Jones, Erica Mena, and Safaree are all coming back, we’ve just gotten word of the alleged LHHNY Emily B return as well!

The tea is still unconfirmed, but it’s clear that show creator and executive producer Mona Scott-Young is making a major push to revamp the cast and bring back some long forgotten faces for the show’s tenth anniversary season. As first reported by The Jasmine Brand, Emily B was “asked to return to Love & Hip Hop: New York.” At the time, there was “no word on if she actually accepted the offer.”

However, since the initial report, filming for Season 10 has begun, and the LHHNY Emily B gossip is that Ms. Bustamante has been spotted alongside other confirmed and rumored cast members.

Emily B was a part of the show’s first two seasons, before turning down a new contract offer and deciding to jump over to Chrissy & Mr. Jones for the first season of that spinoff back in 2013. Since then, Emily hasn’t been seen on reality TV. But she’s definitely been in headlines lately. Last year, Emily and her father were at the receiving end of a frightening tirade from Emily’s longtime partner Fabulous — the rapper shouted he had a “bullet with her name on it” while waving a sharp object in Emily’s direction.

Should the LHHNY Emily B Season 10 rumors turn out to be true, we’ll likely get her side of that story, along with her current relationship status. (It’s considered highly unlikely that Fabulous himself would agree to appear on the show.) Between that and the recent allegations that Jim Jones is a member of the Nine Trey Bloods, there’ll be plenty of off-screen drama to unpack whenever the new episodes do drop.