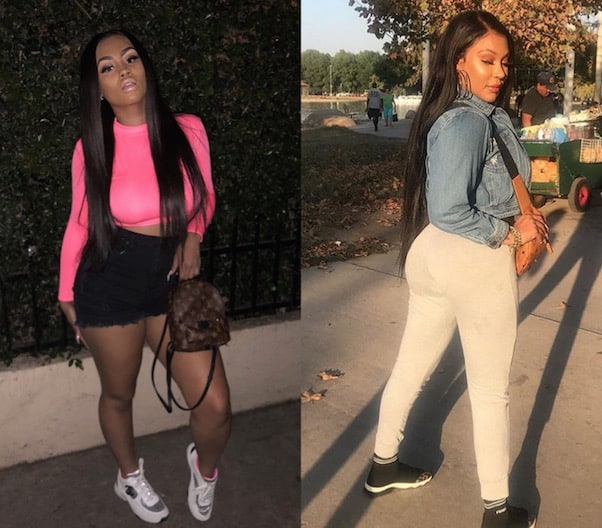 They’ve brawled before, but nothing’s been resolved between them — and at least one Love & Hip Hop Hollywood cast member wants another Lyrica and Summer Bunni fight. That would be Summer herself, who tweeted out during the new episode last night that she’ll “slap this ho” at the reunion — so long as she’s invited, that is.

In a sense, Summer’s talk is hardly surprising. She’s been a thorn in Lyrica and A1’s sides since she joined the LHHH Season 6 cast this past spring. In a little over five months, there’s been (at least) one Lyrica and Summer Bunni fight, and Summer has spilled her and A1’s tea — with receipts — several times. Before that, there was the whole matter of A1 sleeping with Summer and breaking up his marriage not long after Lyrica gave birth to the couple’s first child.

In addition to *that*, there’s also the allegations of production company fakery made by Summer’s manager Antonio Velaz. And it was only a few weeks after Love & Hip Hop Hollywood Season 6 began airing that Summer gave the infamous shade-throwing interview in which she insulted almost everyone in the cast by name and said “the show could be called Love & Hip Hop: Halloween Edition, because everybody’s a motherf*ckin’ joke. In costume.”

So! Keeping all that in mind, it might not be surprising if Summer isn’t invited to the reunion taping later this year. It really won’t be surprising in light of those Summer Bunni fight comments — here’s Summer responding to a GIF of Lyrica talking about her, one shared by the official Love & Hip Hop Twitter account: 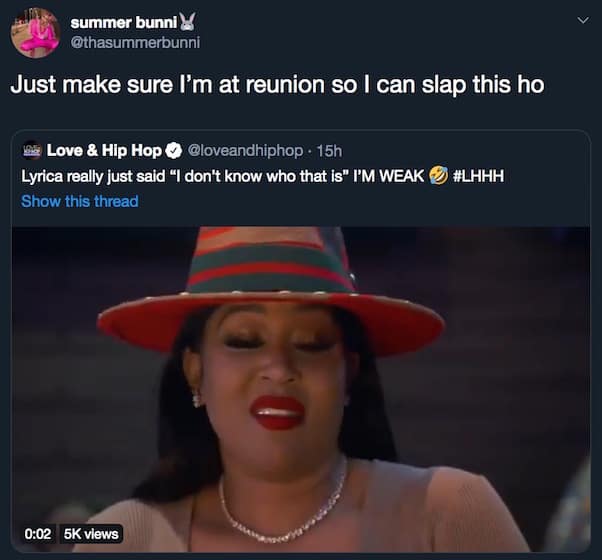 We asked Antonio to comment on Summer’s tweets. “I control Summer’s businesses, not her feelings towards somebody,” he said, adding, “I don’t promote violence.”

The Jason Hoppy and Bethenny Frankel custody battle is finally over