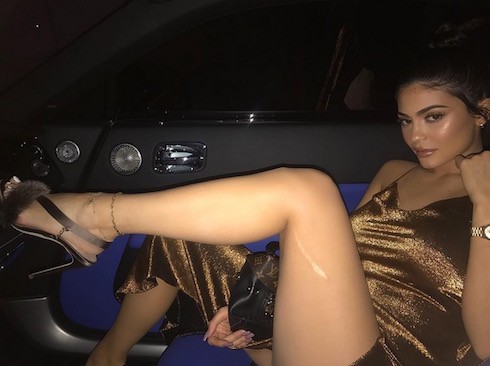 According to a string of new reports, Kylie Jenner is having second thoughts about ditching former flame Tyga in favor of new beau Travis Scott. Though nineteen-year-old Kylie’s net worth is well into eight-figure territory and Tyga basically had to go into bankruptcy just to keep her happy, it appears that his slavish devotion in the form of lavish gifts is something that Kylie misses.

A new report from Inquisitr claims that Travis is “way too focused on his career to give her the time and attention that Tyga did,” and that Kylie, who “is used to a lot of pampering,” admits that she “misses the attention” she got from Tyga.

It’s also worth pointing out that Kylie dropped some serious cash on gifts for Travis during the first few weeks of their relationship. But, since the $19,700 Patek Philippe Caltrava watch she got him and $400,000 Lamborghini she offered to buy haven’t been reciprocated by Travis–whose own net worth, thanks to his successful music career, is apparently much higher than Tyga’s–Kylie’s eye may have started to wander.

It’s a theme that a recent Hollywood Life article echoed. There are “definitely some issues in [Kylie Jenner and Travis Scott]’s relationship,” says their insider, who goes on to explain that the very thing that’s led to Travis’ success is also what keeps him away from Kylie when she wants him most.

“She loves that [Travis is] so focused on work and his career, but it has been hard at times as she’s used to getting so much attention from Tyga,” says the source. “Tyga used to shower her with love and affection constantly….Sometimes it was smothering but now she misses that kind of attention. Even though she’s crazy about Travis, she still misses that part of her relationship with Tyga.”

If the reports are accurate, it would appear that Kylie is trying to have things both ways. Tyga, who released his only major hit single in late 2011, had ample time to shower Kylie with affection and attention, even if his money woes were one of the factors that led to Kylie breaking up with him. Travis’ career is more on Kylie’s level, so he doesn’t need her money–but putting in the hours, as he reportedly does, means he won’t always be there.

PHOTO Kourtney Kardashian and Quincy Brown drove in a car together, so they’re dating now