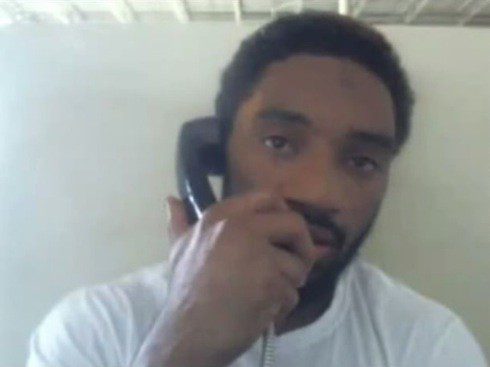 This past weekend, it looked like Scrapp from LHHATL might have gotten out of prison several years early, after Momma Dee shared a pic of she and Scrapp on Instagram. But we checked with the Georgia Department of Corrections, and they tell a very different story. So is Scrapp DeLeon still in prison, or not?…

We’ll begin in earnest by reminding you that, as we wrote earlier this year, an early release from prison is still possible for Scrapp. At the time, his brother Sas was asking for “character letters from all friends, fans, family” in advance of Scrapp’s then-upcoming parole hearing. However, the last we heard is that Scrapp’s early parole was denied, and he was still scheduled to be released on January 20th, 2021.

So you can imagine our surprise when Scrapp’s LHHATL co-star Momma Dee shared a photo of herself with Scrapp this weekend. And Momma Dee’s caption sure made it sound like Scrapp was out of prison once and for all:

But, according to Georgia Department of Corrections records, Scrapp is still incarcerated. And he had a new mug shot taken after being transferred to another new prison earlier this year: 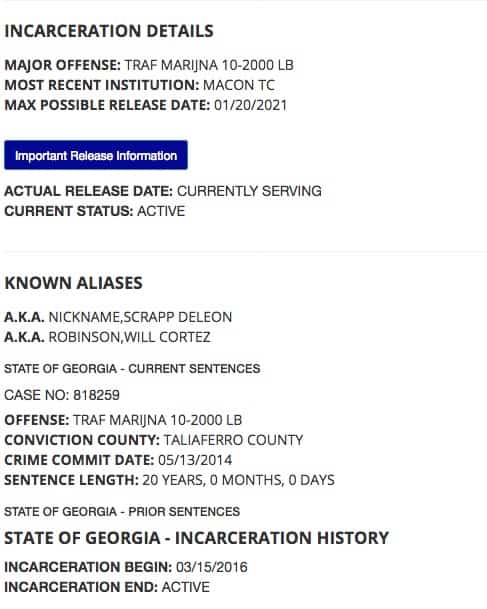 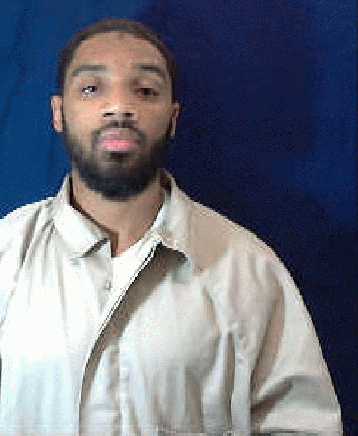 It’s also worth pointing out that neither Scrapp’s mother Karen King nor his brother Sas have shared any similar updates on Scrapp. And as of this writing, Scrapp’s official Instagram page hasn’t been updated since June.

Now where was @tharealmommadee and @scrappdeleon_nbl at taking pictures, I can depend on my friend moma D to get this sh!t started CMB— WE BACK- you ain’t following me cause I’m following you– THREE THE HARD WAY- Together We Stand Together We Fall. I BREED KINGS. YOU HEARD!!!!!!!!!!!! Repost from @tharealmommadee using @RepostRegramApp – @tharealmommadee showing love to @iamthequeenkarenking Scrap free at last thank God almighty he is free much from the palace

Now, what exactly is Karen talking about? Your guess is as good as ours. We’re still trying to figure out why Scrapp would go to see Momma Dee after getting out of prison before dropping in anyone else.

So we’ll ask the question again: Is Scrapp DeLeon still in prison? We can’t say for sure — and we also can’t emphasize enough that this entire photo-op with Momma Dee could just be one more tease of Scrapp’s early release to drum up publicity for Love & Hip Hop Atlanta. The last two seasons of LHHATL have seen similar publicity stunts, even though Scrapp’s official release date hasn’t changed since 2016.

LHHATL Season 8 is filming now. New episodes are expected to drop in the spring of 2019.

There’s an arrest warrant out for Beth Chapman, Dog the Bounty Hunter’s wife

Mary Kay Letourneau now: Does she regret her longterm relationship with a student?