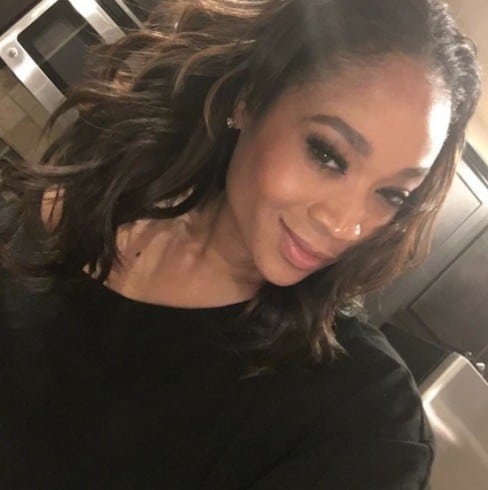 Mimi Faust and Stevie J look to be the most high-profile pairing on Love & Hop Hop Atlanta Season 5, but whether or not they’re already back together is one of the network’s most closely-guarded secrets. The couple appears to have been closer than ever over the past few weeks; and, with the LHHATL Season 5 premiere under a month away, fans are starting to churn the rumor mill once more.

For starters, we know that Stevie J and Joseline are officially split up, and have been so for weeks. We also have unofficial word that Joseline and Stevie J were never actually married–though the post that appeared to confirm the long-standing rumor came from a Facebook account that might not be Joseline’s own, the presence of the rumor certainly isn’t good for the couple. And, though the man himself denied the Mimi Faust and Stevie J back together whispers this winter…

She been A1 since day 1! #FamilyOverEverything No we aren’t together she’s one of my best friends

…Love & Hip Hop Atlanta fans have noticed that the two appear in each others’ social media feeds more than ever before, and not just when it comes to their six-year-old daughter Eva Giselle:

Headed to the Daddy Daughter dance…???? Thanks @hitmansteviej_1

In addition, Fameolous recently shared an interview clip with Mimi in which she sounded kind toward her ex, but downright nasty about Joseline. In response to the question “How did you learn to love Joseline?”, Mimi was blunt: “I don’t love Joseline,” she responded. “Let’s be clear. Let’s clear this up,” she said, turning from the interviewer to the camera. “I do not love Joseline. I tolerate Joseline because Stevie is dealing with her. Period. And she has to be around my daughter. I don’t love Joseline. Are we clear on that?”

Couldn’t be much clearer! Plus, we already know that the kids like Mimi better than Joseline–and the feeling is mutual. “Just ’cause you’re married don’t mean you’re happy,” Joseline tells Brandi Glanville in the newest Stevie J and Joseline bonus clip.

If Stevie’s dream of a Life Partner Family falls apart, will he try to get back with Mimi? We don’t have long to wait for official word one way or the other: Love & Hip Hop Atlanta Season 5 debuts April 4th at 8 PM EST on VH1.

Joseline Hernandez confirms she was never married to Stevie J?!?