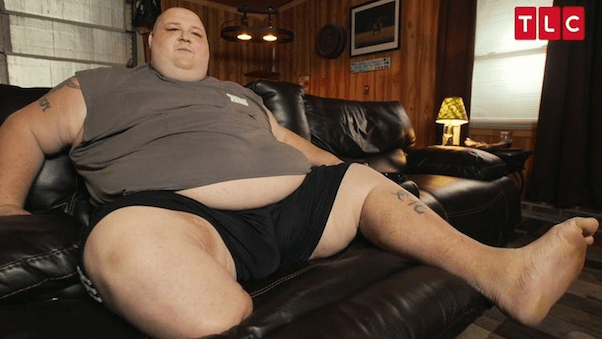 In the first major My 600 Lb Life update in weeks regarding the ten lawsuits against the show’s production company, a judge has agreed with the cast members’ request to consolidate most of those suits. The judge also sided with the cast on Megalomedia’s request to deny the plantiffs’ request to take deposition from two key members of the production crew — one of whom is Jonathan Nowzaradan, Dr. Now’s son and the creator of My 600 Lb Life.

The family of deceased cast member LB Bonner filed the first My 600 Lb Life lawsuit back in January. That suit accused Megalomedia of “gross negligence” that contributed to LB’s suicide in August of 2018. Over the next three months, nine more current and former cast members sued the show’s producers. Among those suing are Season 6 success story David Bolton, Season 4 and Where Are They Now? star Dottie Perkins, and controversial Season 7 star Jeanne Covey — who claims the show lied about paying medical bills for her mother, Barbara Fallow, in excess of $70,000.

My 600 Lb Life update: What’s the status of the ten lawsuits?

Several weeks ago, shortly after Destinee Lashaee became the tenth (and, so far, final) My 600 Lb Life cast member to file suit against Megalomedia, the cast’s legal team petitioned the court for a consolidation of all ten cases, to be referred to as the “Bonner Matter” (after the first of the ten suits to be filed). Tony Buzbee, the high-profile Houston-area lawyer who’s promised to “end” the show if it doesn’t change its ways, had argued that the ten cases were so similar, it would be a potential waste of resources to treat all ten individually — and that, in addition, the court ran “a real risk of inconsistent rulings” by treating them that way.

In a legal victory for the team representing the My 600 Lb Life cast, Judge Latosha Lewis Payne agreed with Buzbee’s request. It’s important to note that the consolidation does not mean the ten lawsuits are now a class action lawsuit against Megalomedia. Perhaps the most immediate impact of the ruling is that, potentially, evidence and / or information uncovered in a deposition that pertains to one specific cast member might be treated as relevant for the claims of the other nine.

And in a potentially bigger My 600 Lb Life update, Judge Payne also granted Buzbee’s request to take the deposition of two key defendants. Both Jonathan Nowzaradan, the founder of Megalomedia and creator of My 600 Lb Life; and Toni Westberry, Megalomedia’s Chief Financial Officer, will be deposed this week, over Megalomedia’s attorneys’ objections.

Those attorneys had argued that evidence already submitted by Westberry — in the form of talent and filming agreements for several cast members, including Maja Radanovic and Gina Krasley, both of whom are among the ten to file suits — was sufficient to end those legal challenges.

However, in a mid-May response, Judge Payne again sided with the My 600 Lb Life cast, arguing that Nowzaradan and Westberry’s positions made their depositions (referred to in the documents as “Limited Discovery”) quite valuable. From the Judge’s order:

(To hopefully clear up any confusion: The cast is referred to as the “Defendants” in this specific document because it was Megalomedia’s request to deny the depositions. As followers of our coverage are aware, the show’s cast is the Plaintiffs pretty much everywhere else.)

According to the legal documents obtained by Starcasm, the cast’s attorneys have until June 1st to conduct the depositions. But it looks like it’ll still be awhile before any trial might begin; Harris County has suspended jury service through at least June 30th due to the still-expanding coronavirus pandemic. It’s the fifth such suspension of jury responsibilities in the past three months.