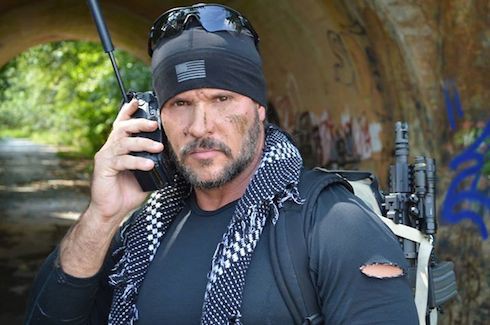 Teti, who was a Dual Survival co-host for four seasons, from January of 2013 through October of 2015, gives a detailed breakdown of his service record on the FAQ of his own web site. According to that document, Joe enlisted with the Marines ten days after graduating from high school at the age of eighteen. He was a military diver with the Marines, but, after getting the chance to train with both Naxy SEALs and Army Special Forces units, Joe “saw the difference” and left the Marines to join up with the Army SF. According to a response in a fan Q&A on his Facebook page from last August 23rd, Joe “successfully completed SFAS (Special Forces Assessment and Selection) in 1992,” and, had he not done so, he would have been unable to “try to make it through the Q-Course (Special Forces Qualification Course),” which course runs between six and twelve months. Successful completion of the Q-Course results in the famous Green Beret.

Soon after, Joe became part of what he refers to as a “government counter-terrorist unit,” but says he can’t go into any more detail than that. From Joe’s site:

Here is the bottom line.  I am bound by law not to reveal the name or the “unit” inside this organization.  This organization is not like any other “special operations” unit, in the fact that once you are “out” you can tell other people you were in this particular unit.  A good example of this are guys that served in a Tier 1 unit, either Delta or DEVGRU (SEAL Team 6).  Their identities while [on] active duty are closely guard[ed] secrets, however, once they are out, there is nothing “legally” prohibiting them to disclose on a resume or a job application that they served in one of those units.  The unit I was in prohibits me from disclosing my involvement… for life.  I can never disclose details of my participation or involvement any further than I have done thus far.  And what I have disclosed has been approved by that organization’s legal department. 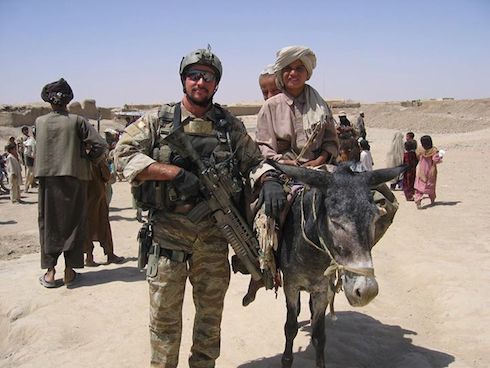 Here’s where things start to get heated. In mid-2013, shortly after Joe began his stint on Dual Survival, the Joe Teti military service controversy began, with an argument between Joe and retired Army captain (and Special Forces officer) Mykel Hawkeye (widely known as “Hawke”). Most of their Facebook clashes have since been deleted; however, thanks to popular outdoorsman blog Wood Trekker–and its handy screen shots–we can piece together at least some of the tiff. According to Hawke’s update from August 13, Joe had been “hurting [he] and his family, publicly and privately,” and it was Hawke’s intention to go public with information damaging to Joe. During the back-and-forth, Hawke made the following claims (which were in all caps in the original Facebook post):

Joe Teti did not abandon SF at time of war to go to OGA [Other Government Agency] contractor – he spent 6 months in Vegas trying to start his own security business for Las Vegas police, then he went to Israel with Dyncorp, then later in 2003 he went to Custer Battles, then he went to Triple Canopy, then in summer 2004 he [became a] contractor to OGA….What we are saying is that he did not quit SF for OGA. He did not get out of the military to do that, he tried to profit off the war at home….So, he just needs to tell the truth, he quit SF for money, tried alot of other things first and then went secret squirrel. 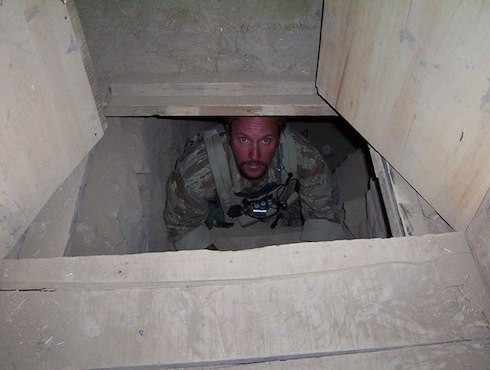 Joe’s response was, in part, a call for cooler heads to prevail. He reminded Hawke that the two of them used to be friends, and accused the man of outright falsehoods:

The person responsible for the current attacks about me online has not stopped and he has taken it to unprecedented levels of treachery and deceit…He has had a 3rd party make a FAKE Stolen Valor page, and post[ed] a plethora of documents on it about me. Many are factual, some are not and fabricated by him. He is a master of bending the truth and stirring crap….MYKE PLEASE READ. How dd this come to this point? I can’t wrap my head around it. Do you remember the times in the Bahamas when I was down there with you and Ruth [Myke’s wife] watchin your son? Good memories for me. Very good memories.

More specifically, it appears that the Joe Teti military service controversy, as it pertains to Myke’s claims, have to do with the retired captain’s belief that Joe Teti has misrepresented himself. According to a series of purportedly legitimate documents acquired by noted military blog This Ain’t Hell, Joe’s time with the Special Forces came to an end on May 1st, 2000, after which point he was employed in a series of contract jobs related to the military: the OGAs referenced in Hawke’s allegations above. According to This Ain’t Hell, Joe “could hardly be a ‘combat veteran of OIF [Operation Iraqi Freedom] and OEF [Operation Enduring Freedom]’ as he claims in his bio in the way that most of us understand the term ‘veteran.’ However, he did participate in those wars as a contractor.”

(It’s worth pointing out that it looks like Joe has had something of a falling out with the blog since then.) 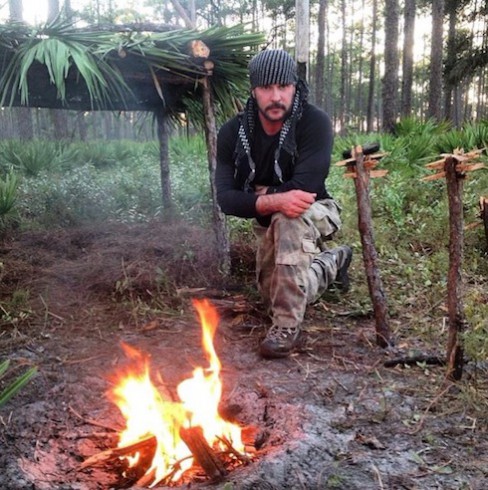 Since then, the fallout from the Joe Teti military service controversy has been erratic, and increasingly tangled. Supporters of Joe’s have done their best to disseminate the man’s service records, his diving certificate, and a whole host of other documents that support his overall story; at the same time, it looks like Joe’s detractors appear to come up with more means of discrediting him every month or two. There’s even a Facebook page meant to look like Joe’s official page when you find it in the search results, but which page is dedicated to the belief that “Joseph Teti has yet to prove his years spent in serving as a Veteran vs Contractor.”

Joe denied all of his detractors’ claims during a press tour for Dual Survival–and particularly in the wake of Teti’s removal from the Army’s Special Forces Association in the fall of 2014. Retired Army Sargeant Major George Davenport, an SFA member of long standing, had perhaps the most widely quoted line regarding that particular controversy when he called Joe “an embarrasment to the regiment.”

Joe says he’s never misrepresented himself, and that his presence as co-host of a high-profile reality TV show has made him an easy target. “I have never commented nor have I posted in any media information pertaining to medals I have or don’t have, or service that I did or did not perform,” Joe said at the time. “I do call myself a combat veteran, which I am, and this has been used by some to discredit me and make it appear I am a person of Stolen Valor. This is not the case.”

Indeed, “combat veteran” is the phrase Joe still uses in his bio, and it looks like a great deal of the fighting over the Joe Teti military service story can be tied back to its use. In December of 2014, Teti sued Hawke for defamation in North Carolina, claiming that Hawke, “driven by the motive of jealousy…enlisted several co-conspirators … to aid him in his campaign.” In turn, Hawke sued Discovery Channel last summer, claiming that the network is guilty of “negligent hiring, training and supervision, unfair trade practices, defamation and slander.”

Both of those lawsuits are pending. In the words of Wood Trekker, “Who needs soap operas when you have survival shows?”