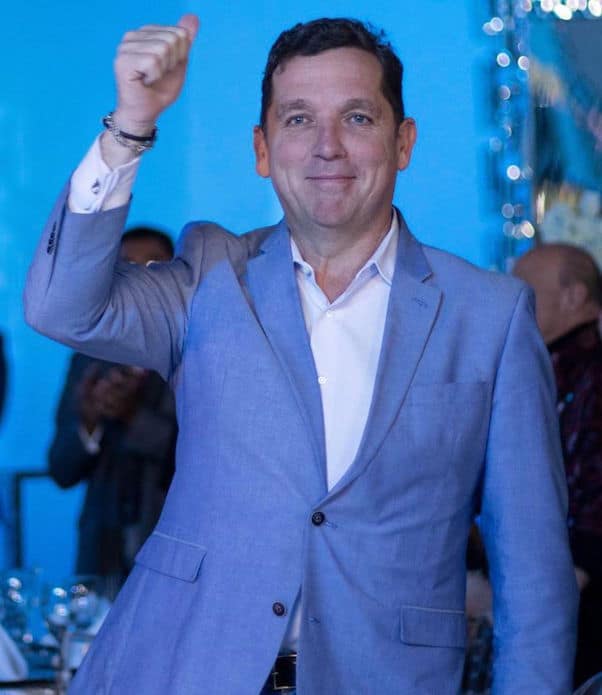 The My 600 Lb Life lawyer handling the still-growing number of lawsuits against the show’s producers has responded to critics who call those lawsuits just a quick cash grab. High-profile, high-powered Texas attorney Tony Buzbee was frank and focused during our earlier conversation regarding the My 600 Lb Life lawsuits.

But this time we asked Tony specifically to respond to the near-constant claim that the now five cases he’s filed against Megalomedia and the rest of My 600 Lb Life‘s production team are frivolous — nothing more than a bad faith attempt at wringing more money out of the show. His response won’t put those claims to rest, but it does serve as a reminder of the lawsuits’ real scope, as well as their intended aim.

The man becoming known in reality TV circles as the My 600 Lb Life lawyer is already well-known in Houston. Buzbee’s law firm occupies the 73rd floor of JPMorgan Chase Tower, the tallest building in the city as well as the entire state of Texas. Buzbee himself is best known for winning the largest-ever jury verdict against BP, in a toxic exposure case that saw the company pay out $100 million. He ran for mayor of Houston last year, winning 44% of the vote in a runoff election against Democratic incumbent Sylvester Turner. And he’s been filming his own reality show: Tony Buzbee Uninvited, a look at Houston’s hole-in-the-wall culinary scene.

There’s definitely a lot of flash to Buzbee’s style. He once infamously told The Business Journals that clients pay his $1,200 hourly fee “because they want an attorney who can kick ass.” And Buzbee was similarly blunt when we asked him to address his critics. (Judging by the responses in our social media every time we write about the My 600 Lb Life lawsuits, Buzbee’s critics far outweigh his supporters, at least among the show’s viewers.)

There’s still a ton to unpack here. So, before we go any further, here’s Tony Buzbee’s response to viewers skeptical about the My 600 Lb Life lawyer and the motives for his lawsuits, reprinted in full:

I have spent a career changing corporate practices, and I rarely lose. Doctors are supposed to be medical professionals focused on patient welfare, not instigators of ratings. Rather than focus on the welfare of the patients, the medical staff and producers of this show are instead focused on ratings. Although many find the show entertaining, because of the complete lack of aftercare, and due to way these people are treated, the show wreaks havoc on those that appear. We intend to end this show, unless it makes dramatic changes.

Far from being about the money, Buzbee says he’s representing cast members David Bolton, Maja Radanovic, Gina Krasley, Jeanne Covey, and the family of deceased cast member LB Bonner in order to change the way My 600 Lb Life gets made. (Megalomedia has only responded to one of the five lawsuits, calling the Bonner family’s case “without merit” and saying the company will “aggressively deal with” any subsequent suits.)

At their core, the suits take aim at the opposing interests of medicine — intended to help the show’s cast members — and reality TV, which exists solely to entertain. In the case of the My 600 Lb Life suits, the opposition is even personified: while Dr. Nowzaradan is the face of My 600 Lb Life and has been a practicing surgeon for six decades, his son, Jonathan Nowzaradan, is the founder of Megalomedia and the creator of My 600 Lb Life. As Buzbee has told us before, he sees this conflicting interest as the primary cause of his clients’ suffering.

Elsewhere in the aforementioned Business Journals interview, the My 600 Lb Life lawyer also addressed his outsized success. “I don’t take it lightly the people who trust us with their fate,” Buzbee said. “Even though I’m putting on a show, I’m not shooting from the hip. It’s well thought out. I’ve tried every case in my head multiple times before I enter the courtroom.

“When I show up, the jury expects a show,” Buzbee concluded. “That’s what I give them and that’s why I win.”