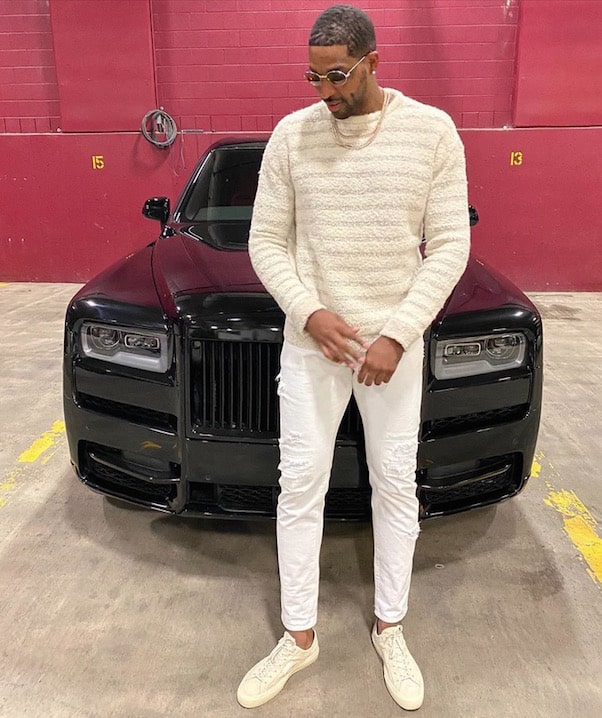 DLISTED – It looks like the spotlight will be on Tristan Thompson and Kimberly Alexander for a little bit longer than either of them maybe wanted — Khloe’s ex is suing his alleged former lover for libel after she claimed he’s the father of her son, and a paternity test done by a lab linked to the Kardashian family came back negative

LAINEY GOSSIP – Brian Austin Green and Megan Fox have once again gone their separate ways: after filing for divorce and then reconciling back in 2014, Green revealed that Fox asked for the second split after realizing she “feel[s] more like herself” when she’s not with him

THE ASHLEY’S REALITY ROUNDUP – The end of Kristin Cavallari and Jay Cutler’s marriage also means the end of Very Cavallari. Kristin explained she’s “decided not to continue” with the show and is instead ready to “start this new chapter” in her life

GO FUG YOURSELF – This is indeed a strange and questionable outfit — but is Emily Ratajkowski’s 2017 Cannes pseudo-dress really a contender for “one of the worst outfits PERIOD in fashion’s long, iffy history”?

VOX – So there’s a new book in the Hunger Games trilogy, and while it’s a prequel that focuses on the original novels’ villain — both facts that generally scream “cash grab” — The Ballad of Songbirds and Snakes is apparently…appropriate for our current political situation and also pretty good?

CELEBITCHY – Evidently Kourtney Kardashian is using her time in quarantine to perfect a new hair care technique: shampooing it once a week, at the beginning of the week, and never after that even when she’s worked out

JEZEBEL – “A Chat With @ArmasUpdates, the Ana de Armas Stan Account That Deserves to Be Unblocked”

PAJIBA – “…I thought, therefore, that we’d try out a new feature for the summer of the pandemic: Reflect back on some of the best moments in late-night history, basically from Letterman in the ’80s, Conan in the ’90s, Kimmel in the aughts, Colbert in the 10s, and Trevor Noah et al. in the 20s”

90 Day Fiance: Before the 90 Days cast photos of all the couples