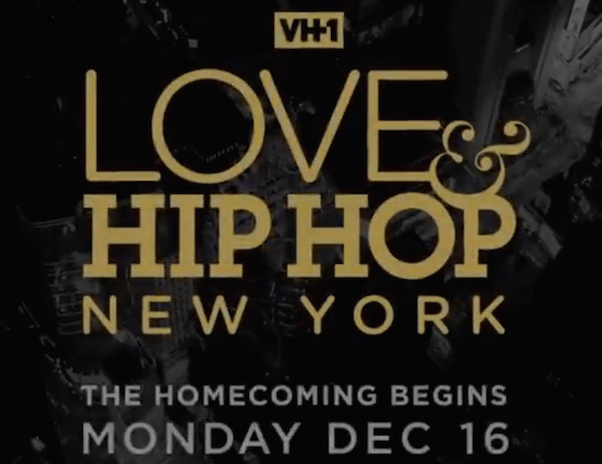 In case you’ve been too transfixed by the current season of Love & Hip Hop Hollywood to notice, the upcoming tenth anniversary season of Love & Hip Hop New York is going back to the franchise’s very beginning. LHHNY’s new production company is taking a gamble on bringing back the entire original cast — more on what that means in a moment — to try and pull the show out of its years-long ratings slump.

But, before we get into those details, here’s the LHHNY Season 10 trailer. It’s actually a little bit better than a teaser; we get a few new taglines, but there’s also some new footage of the OG cast members rolling up on the veterans. It’s more than we normally get from a teaser trailer, which is always a good thing.

The day ones are coming home…and the return might not be as friendly as they planned.

“Your past can haunt you” is a cliché, but “The day ones are coming home” is a slick way to announce a legit huge return and major cast overhaul. I’ve been referring to the returning cast members as OGs for a few weeks, but I’m happy to replace that with “day ones.” And of course “The Homecoming Begins” is a nice little dramatic promise…though you also have to overlook the fact that almost all the day ones still live in and around NYC. But who wants to nit-pick the thrill of a new season?

Who is in the LHHNY Season 10 cast? Which day ones are coming back?

Starcasm was one of the first sites to report on the rumors that the original Love & Hip Hop New York cast was coming back for Season 10. Since then, those rumors have been born out. In fact, the whole cast, from the major players down to the supporting members, is getting a glow up.

As we reported a couple of months back, when filming for LHHNY Season 10 finally got underway, it looked like at least three of those day ones were indeed coming back. Chrissy Lampkin and Jim Jones were both spotted on set early on, and Erica Mena’s return alongside Safaree was likewise quickly confirmed. (No, Erica didn’t join the cast until Season 3, but given that the theme of the upcoming season is homecoming, we’re counting her among the big name returning cast members for blog purposes.)

Since then, it’s emerged that all four of the main cast members from Seasons 1 and 2 have signed on for the Love & Hip Hop New York new season. In addition to Chrissy — remember that Jim Jones was never a main cast member — Emily Bustamante, Olivia Longott, and Somaya Reece will all appear for Season 10.

One thing we don’t yet know for sure is how many episodes each one of the day ones will appear in. Based on the fact that she was spotted early on and is prominent in the LHHNY Season 10 trailer, it seems likely that Chrissy (and Jim) will be headliners once again. (They also recently lost their house to foreclosure, so expect that to come up in their storyline.)

Beyond that, Emily B was allegedly reluctant to return. It’s possible we’ll see less of her in the new episodes as a result. The same could be true of Olivia and Somaya; though both have been seen on set and posted about their filming, neither one has been as visible as Chrissy.

So — as of this writing, at least, it looks like the entire main LHHNY Season 10 cast is made up of: Joe Budden, Emily B, Rich Dollaz, Jim Jones, Juju, Kimbella, Chrissy Lampkin, Olivia Longott, Mariahlynn, Anais Martinez, Erica Mena, Papoose, Somaya Reece, Remy Ma, Safaree, Cyn Santana, Juelz Santana, and Yandy Smith-Harris. That’s eighteen people — easily the biggest main cast in Love & Hip Hop New York history, if not the biggest on any of the four Love & Hip Hops. Hopefully, the producers have gotten better at juggling: one of the big complaints fans seems to have about the current season of Love & Hip Hop Hollywood is that the show is trying to do too much with too sprawling a cast.

When does LHHNY Season 10 come on?

The tenth season premiere of Love & Hip Hop New York drops on the show’s usual day and time: Monday, December 16th, at 8 PM, on VH1. We’re hearing rumors that the season premiere will be a two-hour double episode, but VH1 hasn’t confirmed or denied anything. LHHATL Season 8 got a two-hour premiere this past spring, though, so there’s recent precedent for the move.

Two other quick notes on rumors. At this point, a huge chunk of Erica and Safaree’s “rumored” storyline is basically confirmed, given how high-profile they’ve been with their engagement over the last few months. The pair got married in front of the LHHNY cameras last month; the build-up to their wedding is expected to last several episodes, and the ceremony itself is believed to be either almost a full episode or a Yandy-and-Mendeecees-style wedding special unto itself. And Erica’s recently announced pregnancy will overshadow everything else the couple does this season.

Finally, I’m sorry to say that it doesn’t look like Peter Gunz, Amina Buddafly, and Tara Wallace will be back this year. Once the day ones started rolling in, it looked like maybe VH1 would try and get their love triangle back together. But, other than the since-disproven rumors that Peter was expecting another child by his teenage girlfriend, the three of them haven’t been in headlines at all lately.

LHHNY Season 10 will have its much-anticipated premiere Monday, December 16th at 8 PM on VH1.