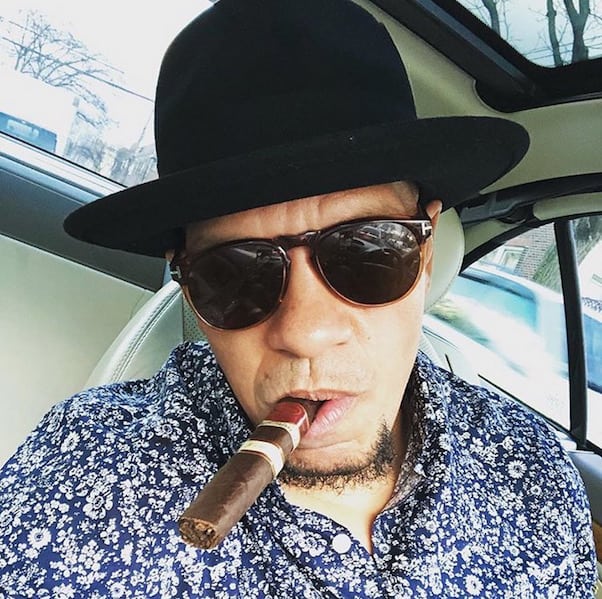 It turns out that the gossip about Peter Gunz getting a teenager pregnant with his 11th child is literal fake news — and the former Love & Hip Hop New York star is ready to go to court over it. Last week, we covered the story that Gunz, 50, had allegedly fathered yet another child with his secret nineteen-year-old girlfriend, pointing out that none of the articles on the supposed pregnancy — which began when MTO published their piece — could identify any details about the mother (other than her age).

And it seems that Peter Gunz was none too pleased by MTO’s allegations. Shortly after calling the story “stupidtalk,” he got a retraction from the site. But that wasn’t enough for Gunz, who’s had to put up with plenty of talk over the years about his ten children from five different baby mamas.

First, Peter Gunz took MTO to task on Instagram. “Somebody tell media takeout to take that wack ass apology and that fake ass story and shove it way up their ass cracks,” he wrote. “See you in court.. ps What teenage girl? I don’t sleep with teenagers I’m a father of teenagers… FOH”

And not long after that, Gunz shared a copy of the letter his lawyer had sent to get the article taken down and inform of further legal action. In addition to “demand[ing]…a retraction and apology immediately,” the letter also says Gunz “will be pursuing a lawsuit for defamation.”

Here’s the letter itself: 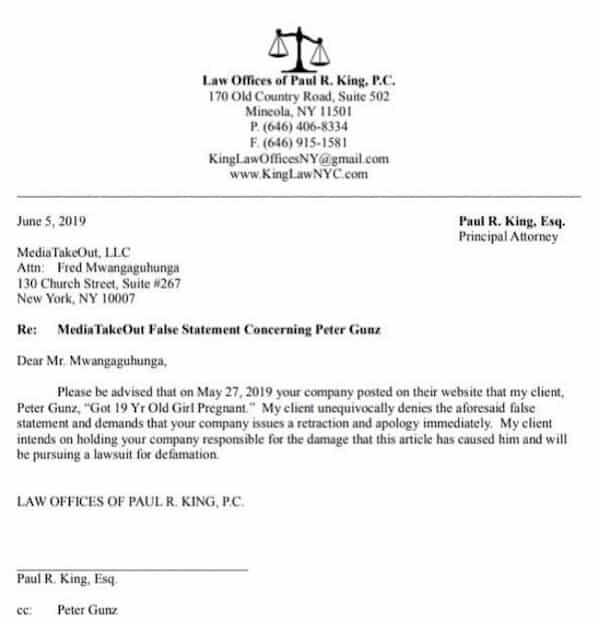 Gunz was similarly fired up when he shared it. “I need that same energy and intensity that you had when you were spreading that shit around,” he wrote, adding, “@nyfirmbiz best attorney in the world let’s go!”

Since then, neither Gunz nor MTO have said anything publicly about the original article and allegations.

The gossip did also include the suggestion that Peter Gunz had gotten his seemingly fictional teenage girlfriend pregnant as part of a bid to get back on LHHNY. Those claims have disappeared, as well — and it’s highly unlikely that a non-existent pregnant girlfriend, combined with a tabloid lawsuit, would be enough of a storyline to get Peter back on the show. Love & Hip Hop New York Season 10 is expected to begin filming soon, but we’re betting Gunz’s days there are done.

REPORT Tyga proposed to Kylie Jenner, then paid off (some of) his debts to prove he’s serious