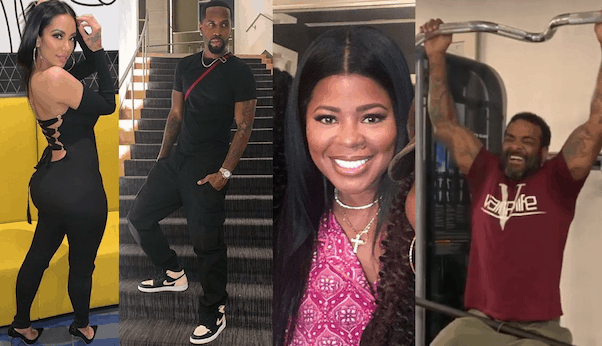 Now that filming for Love & Hip Hop New York‘s new season has finally begun, we’ve gotten all the tea on the LHHNY Season 10 cast surprises in store. The show’s new production company has totally revamped the cast — and show creator Mona Scott-Young has brought back a ton of familiar faces from the early days for what’s shaping up to be a ten-year anniversary party.

The LHHNY Season 10 cast will be a mix of veterans, newbies, and throwbacks

As we’ve already reported, the very OG-est of OG LHHNY cast members has finally agreed to a comeback. Rumor has it that Mona’s been after Chrissy Lampkin and Jim Jones for years — and now she’s got them. It was Chrissy and Jim’s test footage that got the Love & Hip Hop New York pilot off the ground all the way back in 2011, when the show was actually pitched as being Jim-centered…until execs found themselves preferring the dynamic between Chrissy and her friends.

Additionally, we recently reported that Emily B, cast member for the first two seasons of LHHNY, has been formally “asked to return” to the show. Though word on whether or not she accepted the offer hasn’t yet leaked, Emily’s been spotted with confirmed cast members near and at sets during early filming, so it’s believed that she’s a yes.

And, as far as veterans go, both Erica Mena and Safaree — who are reportedly both close to their wedding day and expecting their first child together — have inked deals to return. With any luck, Erica will be able to put the mini-controversy surrounding her time on Love & Hip Hop Atlanta to rest (and Safaree will stop jumping to a new show every season).

How many of the OG cast members will be a part of the LHHNY Season 10 cast?

So far, the total number of original main cast members returning to the show is at least three, and possibly all four. In addition to Chrissy, both Olivia Longott and Somaya Reece are allegedly confirmed full-time cast members for the new season. The only question is whether Emily Bustamante has in fact joined them; if Emily’s a yes, then the number is four. (Jim Jones was only ever credited as supporting cast, and it’s too early to say whether he’ll be a supporting or main cast member for the new season.)

There have also been a few confirmations of returning veteran and intermittent cast members. Kimbella, whose LHHNY roots go back to her Season 2 debut even if she has been on and off the show almost every other season since then, will come back after returning again last year. Cyn Santana, who also returned in 2018 after a long absence, will likewise be back.

Of course, all these big names coming back for the LHHNY Season 10 cast means some familiar faces from the past few seasons are likely to get a lot less screen time. Who are you hoping to see more of when the new episodes drop — and who could you do without?