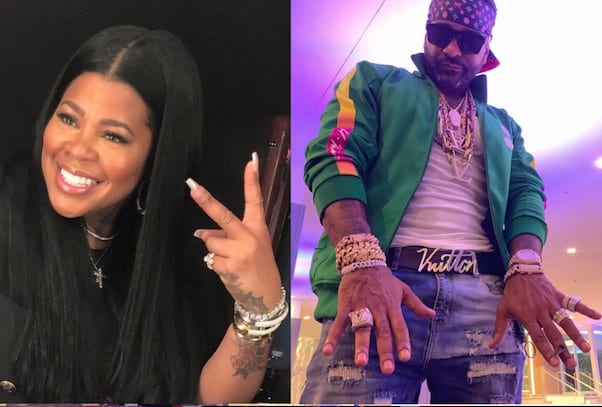 In the surest sign yet that Love & Hip Hop New York‘s new production company really is shaking up the cast, we’ve just gotten word that a couple of truly OG cast members is returning to the show. Chrissy Lampkin and Jim Jones, who helped make LHHNY the phenomenon it is today, are reportedly coming back for Season 10 — which is said to have (finally) begun filming.

The unimpeachable source for this tea is none other that @BestRealityBlog. The news about Chrissy and Jim has yet to be confirmed by VH1 or Love & Hip Hop‘s production company, but Starcasm devotées know that BRB is a Swiss watch when it comes to gossip for all four franchises. And based on what we’re hearing, it would seem that producers have been trying to get the original LHHNY couple back on camera for some time.

Per the original leak, “Chrissy Lampkin and Jim Jones have finally decided to return to #LHHNY, which will start filming their upcoming tenth season VERY soon!” (Since then, it looks like the show has actually started filming — meaning the cameras likely started rolling yesterday.) The two haven’t been on Love & Hip Hop proper since Season 2 at the beginning of 2012; their spinoff, Chrissy & Mr. Jones, aired for two seasons from 2012 to 2013.

As for what their storyline might entail, it’s worth pointing out that earlier this summer Jim suggested he and Chrissy might finally tie the knot after years of committed partnership. Back in July, Chrissy shared a photo of Jim in the studio on IG, captioning the pic “Baby I’m ready.” Jim’s quick response? “I’m ready too so let’s make it official then.” Could have just been a tease; could have been the seeds of an upcoming wedding special…

And as for what the rest of the Love & Hip Hop New York Season 10 cast will look like, details are only now starting to trickle in. Joe Budden and Cyn Santana’s infidelity drama is likely to come up, as is the truth — or at least more gossip — about whether Erica Mena is really pregnant by Safaree. The ongoing fallout from Remy Ma’s assault against Brittany Taylor will probably get plenty of airtime, as well. But for now, at least, it doesn’t look like Peter Gunz will be returning to the show.