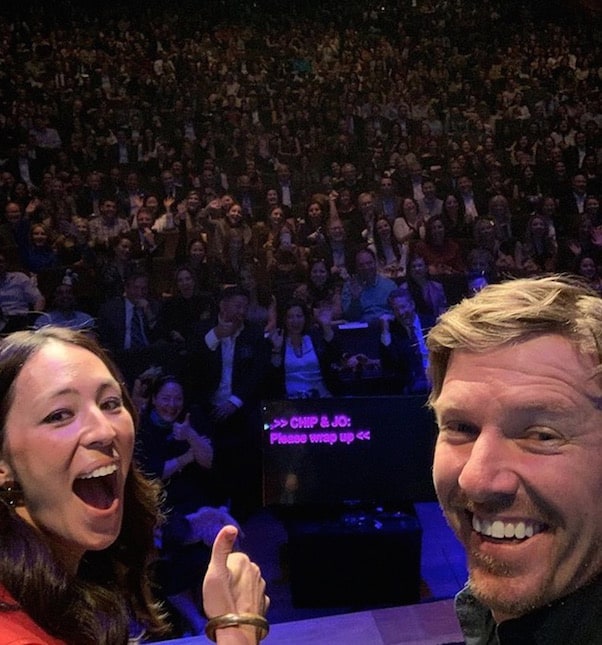 In one sense, the official news of the Chip and Joanna Gaines cable network — which will almost certainly be called “Magnolia TV” or something close to that, but for now has no name — is a bit anticlimactic. We knew last year after Chip and Joanna went on The Tonight Show to announce their return to TV that they would be taking over a network. And devotées of the couple have known for well over a year that they were really putting Fixer Upper to bed in order to get a more favorable contract following Discovery’s acquisition of Scripps, the former parent company of HGTV.

And now we know, after last week’s announcement, that DIY will be the network getting the complete, Fixer Upper-style rebrand. We also know that Chip and Joanna’s channel will launch next summer. Beyond that, the details seem kind of…discouraging? Business-oriented? Power grabby? For example, per The Wrap, the launch has basically been timed to help promote more streaming and app options — not just for Discovery, but for Chip and Joanna specifically:

The rebrand and new linear channel launch will take place in Summer 2020 — the same time as the couple’s TV Everywhere app becomes available. A subscription streaming service will debut at a later date, Discovery said on Wednesday….The new channel, TVE app and upcoming SVOD service do not yet have a name, but a person with knowledge of the rebranding told us to expect the word “Magnolia” — the name of the Gaines’ home and lifestyle brand — up front. The new linear channel will become the home to the complete Fixer Upper library, taking those reruns from HGTV.

In other words, starting next year, the only way to watch Fixer Upper reruns will be through what amounts to the Fixer Upper channel. And where product placement was a problem for the Gaineses before, it sure won’t be now. Apparently a big sticking point at the end of their five-year run on HGTV was Chip and Joanna’s desire to plug more Magnolia-specific products in each episode. But the network, which wouldn’t have gotten a percentage of related sales, continually overrode the placements. There will be no such constraint on the Chip and Joanna Gaines cable network; it remains to be seen how the programming will be affected.

It also remains to be seen what the programming will actually be. The launch announcement for the network came with very few details about the shows it will show, let alone the names of any current shows that might make the cut. The only related information I could find is a single sentence from a Deadline article: “New programming concepts currently in development will center around topics including community, home, garden, food, wellness, entrepreneurialism and design.”

And maybe that will all be really great! It has to seem at least minimally possible, in the glow of post-announcement optimism, for the network to look more than anything else like an issue of Chip and Joanna’s Magnolia Journal: glossy, welcoming, and stuffed to the gills with all sorts of Pinterest-ready tips and tricks for the engaged homeowner to try out in every room of her Instagram-aspiring home. If you’ve spent any time over the past few years grumbling about HGTV forgetting what the “G” in its name stands for, you should maybe have reason for hope.

But there’s also the distinct possibility that Magnolia TV, or the Magnolia Network, or the Magnolia Channel, or whatever it is they finally decide to name the thing, will feel like the last couple of seasons of Fixer Upper. By then it was clear that Chip and Joanna had moved away from their “worst house on the best block” ethos, and were more interested in people who would let them build up their lifestyle brand. The budgets were bigger; the renovations more rote; the antics wilder but no longer quite endearing. Some of the coziness had gone out of the show. We don’t yet know exactly how often Chip and Joanna themselves will appear on their network, and it stands to reason they might have their hands too full running it to be more than token on-air talent. That could be for the best.

Easiest call ever: Home Town Season 2 has been greenlit by HGTV