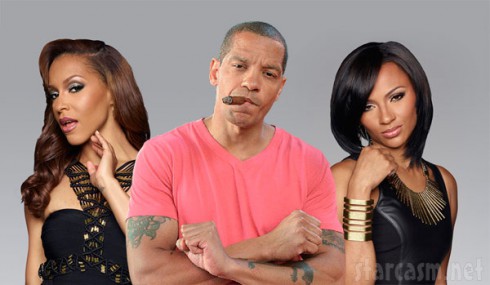 Love & Hip Hop 4 star Peter Gunz appeared on the “Sway In The Morning” radio show just after the season premiere and in the lengthy interview Peter was pretty damn straight forward in addressing viewers and fans who criticized him for allowing his cheating on Tara Wallace (the mother of his two children) with his client (and Tara’s co-star) Amina Buddafly to be aired on television. Peter basically said he needed the money and Tara was going to find whether they taped it or not, so why not? Or in his words, “Sh!t was gonna blow up anyway, so I figured I might as well get paid.”

Here’s the candid interview with Peter, which I think opens up a huge debate about the morality of reality television because to a large degree Peter is right — if you’re able to put a price on your shame.

Sway: My dude, what the hell were you thinking when you allowed these cameras to reveal that you live with this beautiful girl named Tara — you got two boys, right?

Sway: And then we find out that the girl that you’re managing, who is actually — sound alright, you know, last night. She’s a real artist. [Shay and his co-host talk a bit about Amina Buddafly and her music career]

Peter Gunz: Amina’s extremely talented. She plays multiple instruments and she can sing. Yeah, Amina and I were friends for a long time. But we’ll get to that. 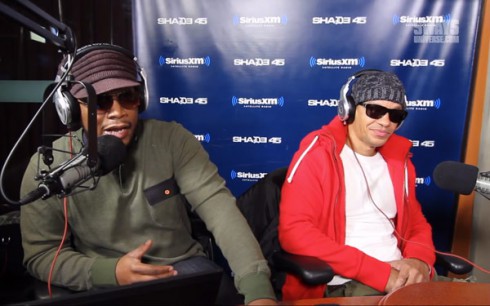 Sway: Yeah, P, but what were you thinking? Why would you — What was your thought process? You knew this sh!t was going to come out!

Peter Gunz: Right. Well, you know, to be honest with you, as much as I would like to get into it, it would really, like, ruin the plot of the show if I try to explain the way the whole situation – But I will tell you this right here, when you’re up to no good and you have a beautiful, smart woman like I have in Tara, you know, and I have two beautiful kids with, and you know, you’re thinking it’s like the end of the road, and so many things happened and it’s like the end of the road, and y’all just rocky trying to figure it out for the kids, and it’s just — and you just start hanging out with somebody else and y’all are friends, and she’s going through something, and y’all just start clicking. I mean, absolutely the right thing to do is to break up with the one you’re with and move on, especially somebody that you have kids with. And I can absolutely tell you that I have no complaints about Tara. She’s dope. She, you know, it’s me. It’s my bullsh!t. I’ve never been in a relationship where it was the woman’s fault. It’s always been me. I’ve always had a problem with being loyal. It’s a problem, you know what I mean? But, the truth of the matter Sway is that you know, I could have — and I’m being honest with the world — I could sit here and tell y’all right now they would have rented me a nice apartment. I’m good friends with a lot of people with money like Shaq. I could have been driving the hottest cars. But I wanted to give it to the people as real as possible You know, I had one hit

Peter Gunz: And that record, all the money that was taken from that record went to Steely Dan because they owned all the publishing. So, when people say “Why would you do the show?” it’s definitely, you know, financing. I was financially driven to do the show.

Sway: So you did the show for —

Peter Gunz: Definitely for financial reasons. And it’s not really — people be like, “Oh you sold your family out.” Nah, Tara was on her way to see Amina anyway. I was going to get busted anyway. Sh!t was gonna blow up anyway, so I figured I might as well get paid. Let me get paid to get busted. F**k it, let’s all get this money. Tara’s a star, she’s going to be alright, you know? Amina’s good, she’s going to be alright. And, um, people say, “What are you thinking?” and [inaudible] “This n***a ain’t had a hit since Lincoln got shot.” But, they talking you know what I mean? Like nobody was saying nothing about Peter Gunz yesterday, nobody was thinking about me.

Sway: Yeah, but at what cost?

Peter Gunz: Now my feet are trending and everything!

At this point Sway starts going off on Peter’s dirty feet.

It really is an amazing interview, and it makes me wonder what my decision might have been in a similar situation. (Granted, I would like to think I wouldn’t find myself in a situation where I was cheating on the mother of my children…)