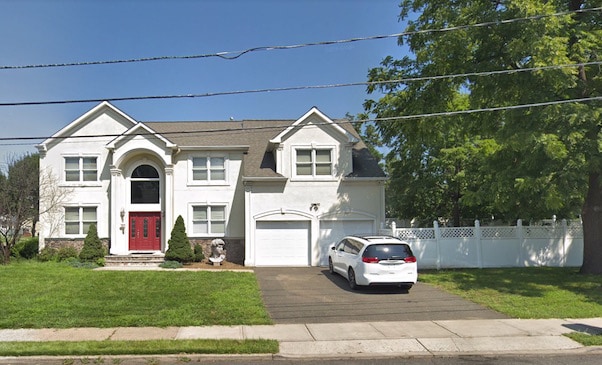 It sounds like their return to Love & Hip Hop couldn’t have come at a better time for OG stars Chrissy Lampkin and Jim Jones. Just weeks after filming began for Season 10, Jim Jones and Chrissy Lampkin’s house was foreclosed on — this following years of missed mortgage payments, along with a recent failed deal to restructure their mortgage.

Bossip was the first to report the news, and it sounds fairly serious. According to their article, Jones and Lampkin’s New Jersey mansion has already been “sold back to the bank…for just $100.” (One important side note: The couple have famously never married, so, though it was Jim Jones and Chrissy Lampkin’s house for all practical purposes, technically, the house belonged only to Jim.)

The most damning detail? It seems the couple had been skipping mortgage payments for a decade. From Bossip:

However, the bank said Jones stopped paying it almost ten years ago, and under the terms of his mortgage, if he went into default the entire amount would be due.

Last year, the bank said it reached an agreement with Jones and Lampkin to pay the debt and get the home out of foreclosure. However, the deal must’ve fallen through because eight months later, the bank asked the court to issue a final judgment against the couple.

Intriguingly, this means that for the entire time the two were on both Love & Hip Hop New York and Chrissy and Mr. Jones — from 2011 through 2013 — they were living and filming in a house they either couldn’t afford or for some reason chose not to make the monthly payments on.

Unfortunately for them, the total amount Jim and Chrissy owe the bank is far more than what Jim paid for the house back in 2006. In fact, it’s nearly double that amount: Once you add in “interest, real estate taxes, advances[,] and homeowner’s insurance,” the debt comes to a whopping $1,240,017. Let’s hope those LHHNY checks have gotten a lot fatter since Jim and Chrissy’s early days.

As for the specs on Jim Jones and Chrissy Lampkin’s house? It looks to be a fair bit bigger and newer than the others in the neighborhood. The house was built in 2006, and court records state that Jim Jones bought it on May 31st of the same year, meaning he and Chrissy are the only owners (so far). Since it’s never been on the market, there aren’t any other publicly available photos of the house, beyond the street view screengrab at the top of the article. But, if you’ve seen Chrissy and Jim on TV, you’ve also seen their house:

The house has five bedrooms and three bathrooms; it’s 4,039 square feet — and could be even bigger; there’s an unfinished basement as well. You also get a fenced backyard and a mature pecan tree on the property. But watch out for those property taxes: the 2018 bill for the north Jersey pad came to $17,365.

As Bossip noted, Zillow’s current estimate of the house’s value is a cool $742,000. But, if you’re interested, you might be able to get it for quite a bit less. The house is currently up for auction: bidding ends on October 1st, and, as of this writing, no one has met the starting bid of $483,000. (Interestingly enough, the auction site says the house is both vacant and still occupied.)

So — if you want to own a piece of reality TV history, and have a spare half-million dollars sitting around, now’s your chance to solve two problems at the same time. If not, you’ll have to wait for the expected early 2020 premiere of Love & Hip Hop New York Season 10 to get Jim and Chrissy’s reaction to their domestic drama.

Joseline Hernandez confirms she was never married to Stevie J?!

Khloe Kardashian and Lamar Odom update: She might have to pay his entire $75,000 brothel bill