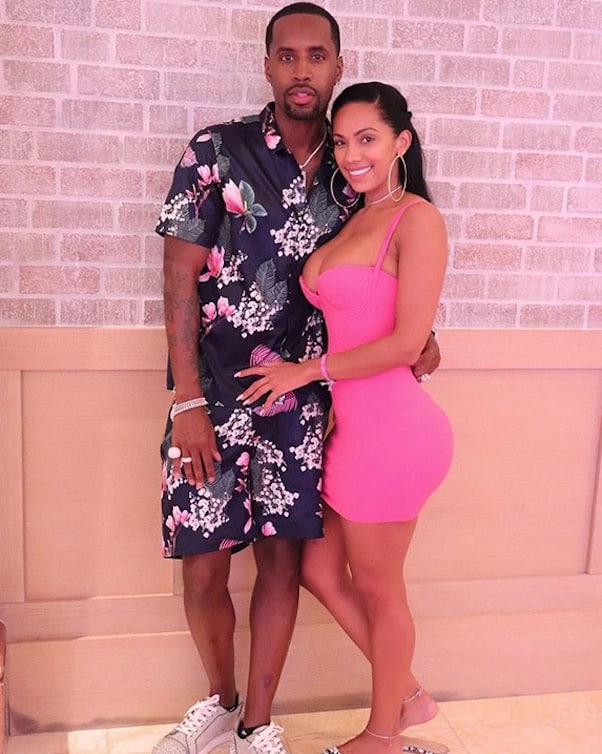 It looks like we don’t have long to wait before hearing about and actually seeing Erica and Safaree getting married. After weeks of rumors and gossip, the Love & Hip Hop stars are reportedly set to jump the broom this coming Monday — and LHHNY’s cameras will be there to capture the whole wedding.

It’s been a particularly busy few weeks for gossip about Erica and Safaree getting married, partly due to both of them (but especially Erica) teasing wedding dresses and her alleged baby bump all over social media. Whether or not Erica is actually pregnant, she set off a firestorm of speculation about she and beau Safaree Samuels getting married on the DL this past weekend thanks to a few cryptic posts.

In fact, just yesterday Erica went so far as to show off what might be her wedding dress on Instagram, during a fitting at chic Beverly Hills designer Ryan and Walter:

Almost time ♥️ What do you ladies think @ryanandwalter designed for me to say I Do in?

Now, The Jasmine Brand is reporting that the wedding date is set and the cameras are ready to roll. According to their source, Erica Mena and Safaree Samuels will make it official this coming Monday, October 7th, at a venue believed to be somewhere in New York City. “Fans will get a close look at the ceremony,” their article states, “as it will be filmed for” Love & Hip Hop New York Season 10. (Click here for a look at the LHHNY Season 10 cast, including all the Season 1 and 2 cast members confirmed for a big tenth anniversary comeback.)

And yes, since it’s a Love & Hip Hop wedding, “the bridal party will include” some of Erica and Safaree’s co-stars. No word yet on who’s in the bridal party and who didn’t get invited to the wedding at all, but we’re sure more and more photos will start to pop up on social media as this week progresses.

It looks like this wedding is going to be a major set piece of the LHHNY new season. Erica herself claimed over the summer that she and Safaree were so eager to be married that they had “almost eloped” five times since his surprise Christmas Eve engagement. Now that the tea is out there, it looks like the happy couple simply had to wait for production on Love & Hip Hop New York Season 10 to begin before they could finalize their plans.

(Photo credits: Erica and Safaree getting married via Instagram)