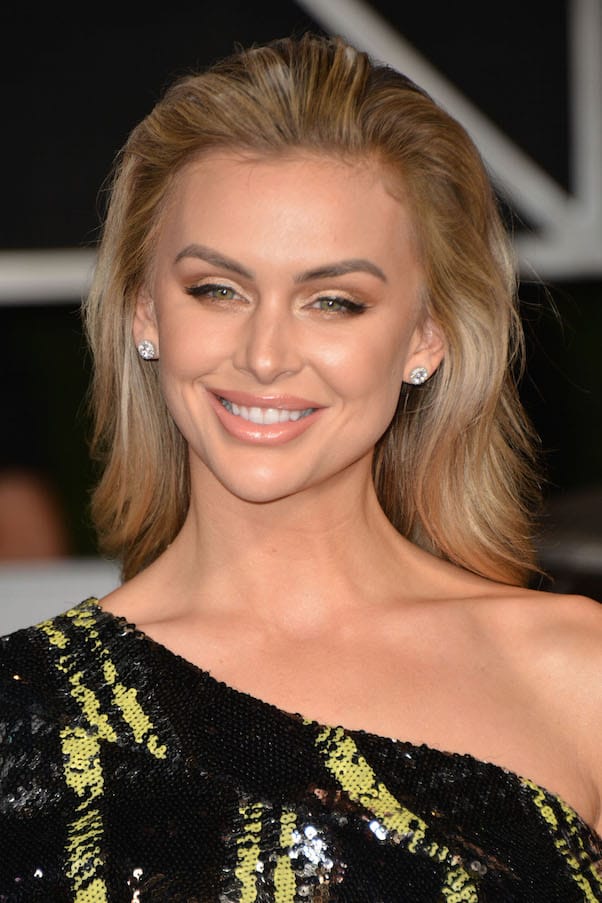 There may be a bit of a feud brewing between Lala Kent and Scheana Shay ahead of Vanderpump Rules Season 8 (which actually makes a feud much more likely!). Lala had some strong words for Scheana, saying it’s absolutely “crazy” how quickly Scheana transforms from a completely “down bitch” to someone almost unrecognizable once the cameras are rolling. Lala also had some interesting thoughts on co-star James Kennedy — and she managed to tiptoe around the huge social media tiff between herself, fiancé Randall Emmett, and 50 Cent from earlier this year.

If it turns out there is a Lala Kent and Scheana Shay feud when the new season of #PumpRules drops next month, we’ll be able to trace its origins to Lala’s interview on The Domenick Nati Show. As followers of our Love & Hip Hop and Basketball Wives coverage are well aware, one of Domenick’s favorite and most successful questions is “Which cast member on your show changes the most when the cameras get turned on?”

Recently fired Love & Hip Hop Hollywood cast member Summer Bunni still has the most explosive answer to the inherently dangerous question that we’ve ever seen. But Lala’s response definitely gave Scheana plenty of space to take umbrage. Here’s Lala’s full interview, followed by our transcript of her thoughts on Scheana:

Scheana is so cool when you’re, like, just hanging out with her. And the second a camera comes toward her, a microphone, even a phone to do a Snapchat or Instagram story — there’s something about her that just changes. And it’s the craziest thing! I mean, she’s just night and day when it comes to cameras turning on versus just hanging out, and being, like, a normal chick.

I wish you could see her off-camera. Because she’s, like, the most down bitch you’ll ever meet. [Domenick Nati: But then when the cameras roll, she’s just — she really puts on a show.] Yeah! It’s crazy! I’m sure I’ll get a phone call [from her], saying ‘Why did you say that?’ But, you know, I got to be honest, I got to spill the hot tea to you. [Scheana is] like a 180. I’m like, ‘Who is this person?’

At the same time, Lala’s response doesn’t mean she thinks Scheana is the least *trustworthy* member of the Vanderpump Rules cast. That honor goes to someone completely different — a man with whom she’s experienced a fair bit.

“I feel like, just because of past history, it’s gonna be James,” Lala explained. “Because he’s used things against me that I’ve told him — we all do. I’m not saying he’s the only one that does that. But I would have to say [James] because he definitely goes for the jugular, especially after a couple cocktails.”

At the same time, Lala added that she’s “so excited” for Vanderpump Rules Season 8 to start airing, so people can see James’ “transformation.” Fans will have “such a soft spot for him,” Lala added.

As for Lala and Randall’s million-dollar spat with “Fofty” Cent earlier this year? It seems the two sides have managed to patch things up to their mutual satisfaction — by which we mean “They can talk nice about it in guarded public comments.” When asked if Randall really did owe 50 a cool million dollars, and if Randall really did repay the debt in full, Lala responded, “Ha ha ha. Whatever amount was needed was paid, and next question.”

When asked whether she’s inviting 50 to her upcoming wedding to Randall, Lala remained winkingly straightforward. “I am not,” she said. “We’re all good; as far as my wedding goes, that’s the most special day of my whole life. And…I don’t see him being there.”

Vanderpump Rules Season 8 is expected to premiere in early December.