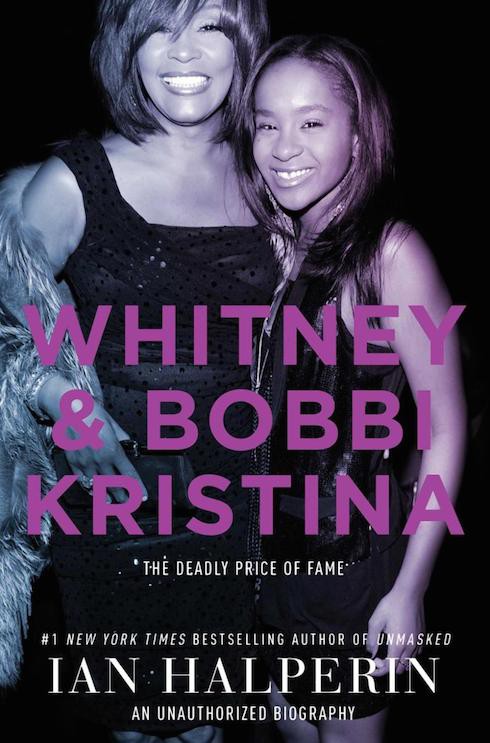 Leolah shared her thoughts in a lengthy and far-reaching Facebook post, one in which she first railed against widespread reports that Bobbi Kristina was returning home in order to pass on peacefully, and without drama.

In response to those claims, Leolah said:

KNOW FOR CERTAINT THAT:

BOBBI KRISTINA BROWN IS “NOT” ON LIFE SUPPORT ANYMORE AND SHE HAS SINCE THE BEGINNING AND AND IS CONTINUING TODAY TO IMPROVE. AND WE WILL NEVER GIVE UP ON HER! HELL NO! NOT ONE BROWN!

But Leolah saved her loudest words for Pat Houston, who, according to Leolah, has been playing the role widely attributed to Bobby Brown: that of a money-grubbing hanger-on, desperate for Bobbi Kristina’s multimillion dollar inheritance.

Please be sure and know that, ONLY my brother Bobby Brown and my brother Tommy Brown who is Bobbi Kristina’s father and uncle, has gotten Bobbi Kristina the best care possible and that she is indeed continuing to improve in-spite of the LIES being told. AND WE THE BROWN’S ARE CONTINUING TO PRAY TO GOD FOR HER RECOVERY.

FYI: “In the beginning” of Bobbi Kristina being in a coma;
Ms. So-called Pat Houston, Real name: “Marion Patricia Watson Garland”, wanted so badly and had the nerve to sarcastically say to my brother Bobby, “why don’t he just pull the plug on Bobbi Kriss, because it’s costing too much money to keep her alive!” YES, Pat Garland did have that nerve to say that to Bobbi Kristina’s father Bobby. It was her, Pat Garland, the one & only who had the big balls of such an idea! Therefore, I am not surprised at what the media has said. It is evident & obvious that SOMEONE just does not want to see my niece LIVE.SMH!

…I am aware that you (Pat) were audited regarding my niece’s Estate and could not account for where certain monies went! And it came from a great source in the Houston family. Why don’t you focus on telling the world where that money went, instead of trying to see to it that Bobbi Kriss leaves her REAL family? My God! If Whitney was here! You would have been LONG GONE! Better yet, if Whitney was here, YOU WOULD NOT BE ANYWHERE NEAR HER ESTATE OR MY NIECE FROM THE B GIN!

The complete Facebook message is longer still, and goes on to claim that God is angry at Pat. It also speaks on behalf of Bobbi Kristina herself, claiming that she “HATES” what Pat did to Bobbi Kristina’s mother Whitney Houston, and that Pat never truly loved Whitney at all.

The new book Whitney & Bobbi Kristina: The Untold Price of Fame attempted to shed new light on the long-tangled connections between the Brown and Houston families. Writer Ian Halperin has claimed that Bobby Brown is depicted unfairly by both the media covering the event and fans of Bobbi Kristina and Whitney Houston. According to Halperin, Bobby Brown, as the next of kin, stands to inherit anything Bobbi Kristina would have owned, should the 22-year-old die, and any report that Brown is keeping Bobbi Kristina alive to prolong a court fight is mistaken.