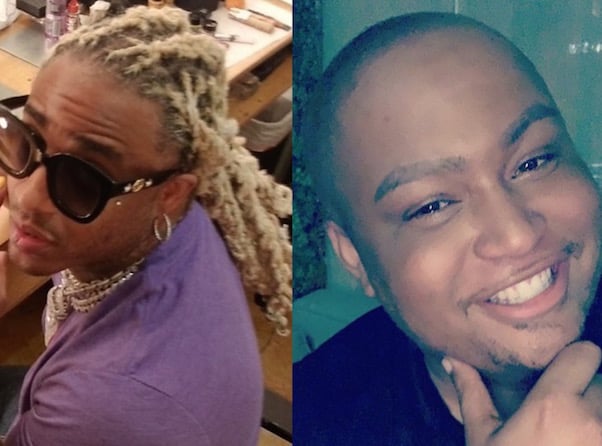 Love & Hip Hop Hollywood‘s new season just gets messier and messier! Just days after Summer Bunni spilled A1 and Lyrica’s tea for the second time, the newbie was apparently the cause of a fight between A1 and returning cast member Misster Ray while the show was filming at a private event. Not long after the brawl itself, an A1 and Misster Ray fight video went viral, though the exact reason for the fight remains somewhat unclear.

The first news of the fight came from Misster Ray himself. He tweeted out a simple statement about having been “assaulted” by both A1 and A1’s bodyguard at 3:51 last Friday morning — the middle of the night on the East Coast, but right in the sweet spot out West:

I’ve been assaulted by A1 Bentley and his bodyguard.

Though Ray kept all specifics to himself, it didn’t take long for the A1 and Misster Ray fight video to emerge. By the next morning, a clip filmed in the immediate aftermath had surfaced. Noted fan account @VH1iNFO was among the first to post the clip, in which Ray can be seen and heard hollering about having been attacked only moments before:

#LHHH TEA : @MissterRay was slapped by A1 due to a post that Summer bunni posted on Ig. Here is video of Ray going off pic.twitter.com/XwjGhtMF1F

Summer got involved not long after that. She took to Instagram to thank her friend Misster Ray for what sounds like sticking up for her — presumably the reason Ray got attacked. According to Summer’s version of events, the fight took place at “Zell[‘s] event,” and she had been planning on attending until someone, possibly an LHHH producer, told her to stay away “due to the fact that 2 wack members were there.” It’s believed that the “2 wack members” of the cast were A1 and Lyrica, with whom Summer has already brawled once in the aftermath of the gossip about A1 having an affair with Summer earlier this year.

You can read Summer’s explanation here. We’ve transcribed it below in case she deletes the post at some point:

So I got multiple videos and tags of my dear friend Ray getting assaulted last night at Zelle [sic] event. I was invited to the event, but when I said I was coming I was told I couldn’t show up due to the fact that 2 wack members were there. Now look I’ve kept it real from day 1 anything I’ve done with these so called married men I’ve admitted to. Now for this looser [sic] to lay his hands on my friend is wack. You’ve ran from me multiple times. So has your wife. Not to mention had someone sit in between us when we spoke. When are y’all going to be bold enough to talk to me. And why does it take 2 3 4 5 people to defend y’all relationship? Bro we will meet soon, and I have ALL my receipts and more! Till then, I love you ray and thanks for always having my back no matter what!

(Photo credit: A1 and Misster Ray fight video via Instagram)

VIDEO Justin Bieber apologizes for being a laughingstock in emotional video confession: Do you believe him?