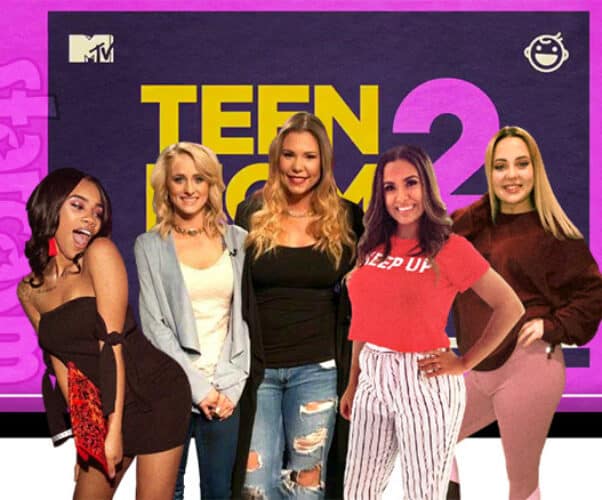 THE ASHLEY’S REALITY ROUNDUP – Teen Mom: Young and Pregnant star Ashley Jones has been promoted to the big leagues to replace Chelsea Houska on Teen Mom 2. Actually, Ashley is quick to insist that Chelsea is “irreplaceable” as she shares her thoughts on hopping MTV shows.

DLISTED – Hollywood churns out lots of bad movies every year, so they might as well make a bad movie people want to see, right? That philosophy may soon be put into practice as there are reports of a Spice World sequel in the works to celebrate the original Spice Girls’ feature length film’s 25th anniversary! Supposedly, three of the four Spice Girls are already down for the project — and the fourth hasn’t said no.

REALITY TEA – Lala Kent shares some of her pre-sobriety relationship drama with fiance Randall Emmett in her new book Give Them Lala, and it sounds like Bravo missed out on an actually entertaining Pump Rules spin-off! “At least once a week, mad dram would go down between us,” Lala says. “I’m taking relationship-ending, call-the-cops kind of drama.” Click the link to find out all about Lala’s suitcase baths and the incredibly unsanitary place she shoved Randall’s toothbrush.

CELEBITCHY – Aspiring California Governor Caitlyn Jenner sat down with Sean Hannity and demonstrated that she understands the struggles of California residents completely. She mentions that there was a guy who has an airplane hangar across from her airplane hangar who was packing up his stuff. “I’m moving to Sedona, Arizona, I can’t take it anymore,” he told Caitlyn. “I can’t walk down the streets and see the homeless.” How can you resist reading a recap of the rest of the interview?

THE BLEMISH – Pokémon, shmokémon! Post Malone is bucking the popular card game trend as he is spotted dropping mad coin on Magic: The Gathering cards at the Atlas MTG booth at legendary California nerd swap meet Frank & Son. The Blemish even has the scoop on what kind of deck he reportedly plays with! (Unfortunately they don’t have any actual images of Post Malone playing with his deck. Of course, who wants unsolicited deck pics, amirite?)

VOX – Are you frustrated over how little Donald Trump gets talked about online since he was ousted from Facebook, Twitter and the White House? Don’t worry, Vox is talking about Donald — about how little people are talking about him online.

LAINEY GOSSIP – How many products that make you smell like Drake does the world want? A LOT! After his candle collab line (including one that was Drake-scented) sold out late last year, Drake is moving on to his own line of fragrances! It’s Champagne Papi juice y’all!

TAMARA TATTLES – Why should I pick just one Bravo recap when Tamara Tattles covers SOOO MANY?! Here are links for recent recaps for RHONJ, the RHOD Reunion, RHONY, Below Deck: Sailing Yacht and Married To Medicine!

THE GRACE REPORT – VIDEO Grace takes a HUGE risk by suggesting that Teen Mom OG, which continues to flounder in the ratings, might benefit from bringing back actual OG Farrah Abraham.

REALITEASQUAD – VIDEO Sarah shares her frustrations over TLC continuing to subject millions of viewers to the tortuous relationship dynamics of Mike and Natalie. She also addresses Natalie’s recent online slip in which she seemed to reveal that viewers will be seeing even more of her on 90 Day Fiance: The Single Life. 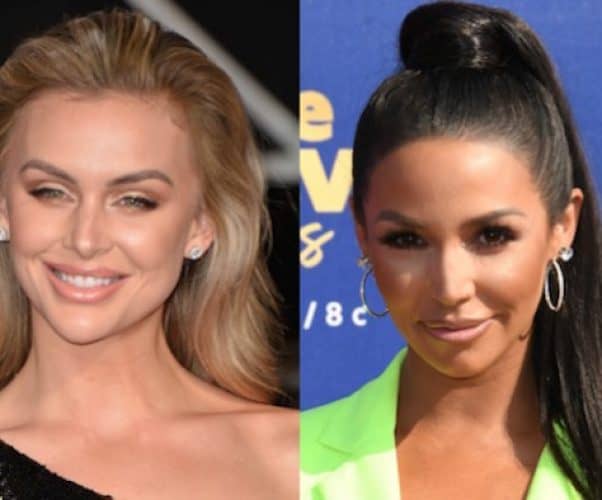 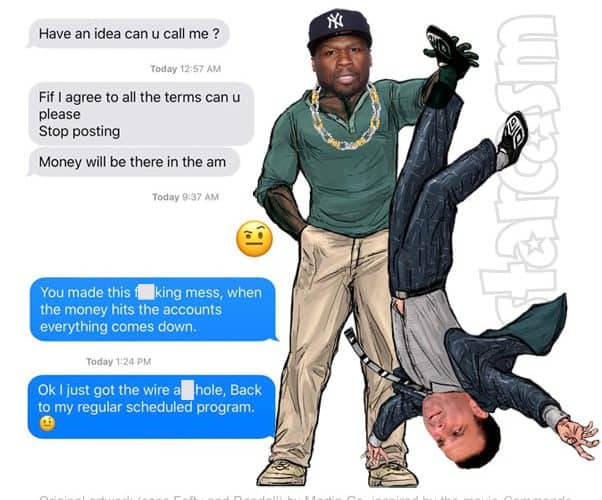 Just as soon as it all began, it’s all over. The whirlwind feud between 50 Cent, Vanderpump Rules star Lala Kent, and Lala’s movie producer boyfriend Randall Emmett is over after Randall reportedly paid “Fofty” the rest of the million dollars he owed him earlier today. 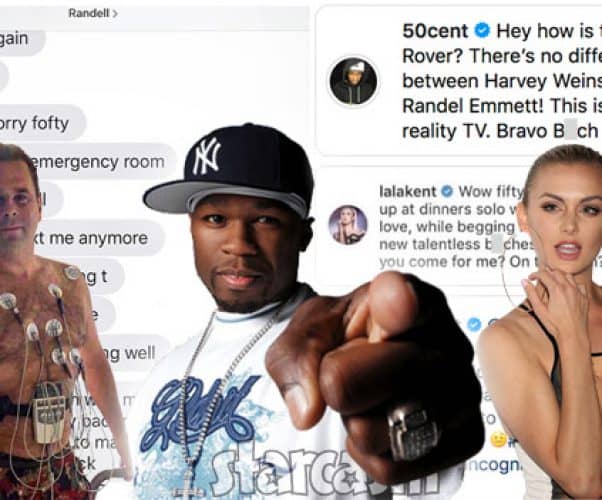 Get a full recap of the explosive feud between rapper/actor 50 Cent and Vanderpump Rules star Lala Kent! It all started innocently enough as 50 Cent posted a scene featuring Lala talking about her first hook up with her current fiance, movie producer Randall Emmett. Things escalated VERY quickly, however, resulting in Randall apologizing repeatedly to “Fofty” before heading to the hospital with a potential heart attack! 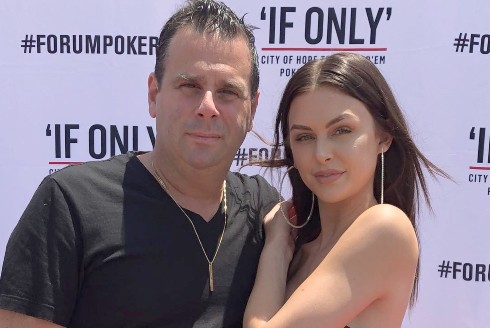 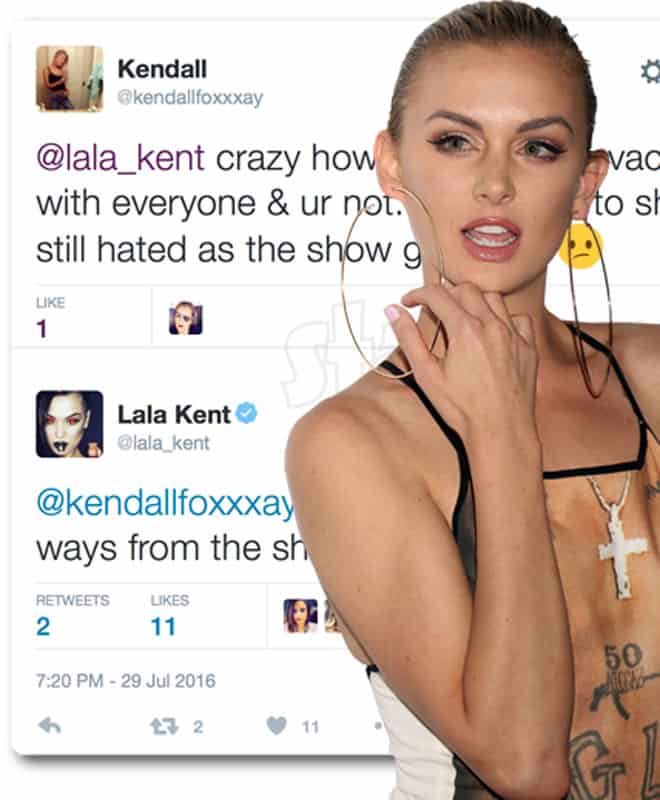 We have some sad news to report for fans (like us) of polarizing entertainment wellsprings: Lala Kent has officially announced she is not returning for Vanderpump Rules Season 5. And, of course, the Lalannouncement came peppered in sass.
Read More... 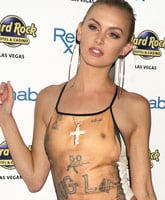 Vanderpump Rules starlet Lala Kent is quickly climbing my ladder of favorite reality stars! Just one week after Lala dropped some brash humility by basking in the shade thrown at her over her unfortunate makeup at the Reunion show, she hosted a Rehab Beach Club Spring Break bash while wearing a gender-bending nude Tupac chested swimsuit that had me doing a HUGE double-take! Lala shared hosting duties with her chest twin and Pump Rules co-star James Kennedy.
Read More... 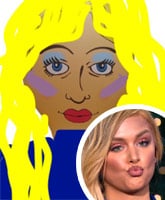 After being criticized for a hatchet makeup job on Part One of the Vanderpump Rules Reunion last night, show newbie Lala Kent rolled with the punches by sharing a rather hilarious cartoon selfie and owning up to her less than on fleek look. Keep reading for side-by-side photos and get a recap of what Lala had to say about her suspicious trip to Italy on a strange man's dime.
Read More...