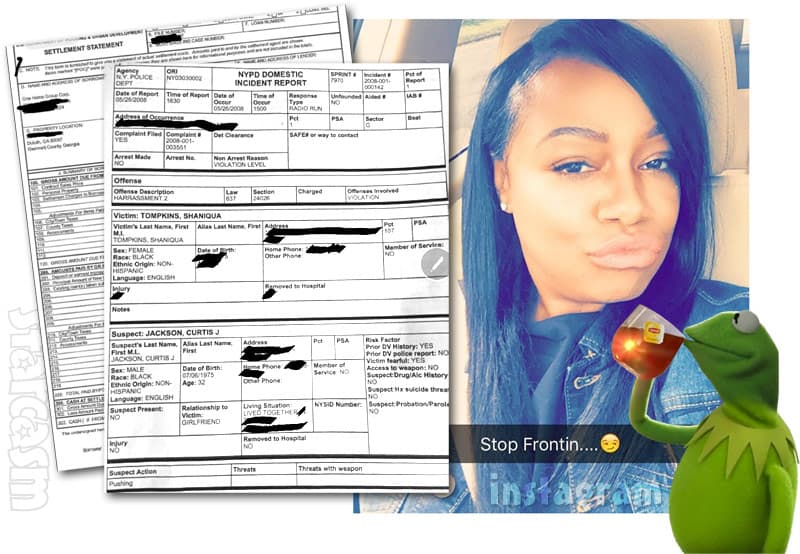 The very public and very bitter feud between rapper 50 Cent and ex Shaniqua Tompkins continues to escalate. The mother of the rapper’s oldest son Marquise Jackson fired the latest shots by sharing a domestic violence report from an altercation she had with 50 Cent as well as proof that she sold the home that he has claimed was foreclosed on.

Let’s take a couple steps back for context…

50 Cent recently posted twice about the supposed foreclosure as a dig at Shaniqua, including a photo with the address of the property:

? I hate to say I told you so, but I told you. Over and over go to work, this is real life… https://t.co/nIkeapnn52 pic.twitter.com/NJxqzeeIl1

Damn you should have said something before you let your house get four closed. You know ho… https://t.co/UoZy6FMrZG pic.twitter.com/v4G2Gkb2zp

Shaniqua responded to Fitty’s claims by posting a settlement statement from the sale of the property: 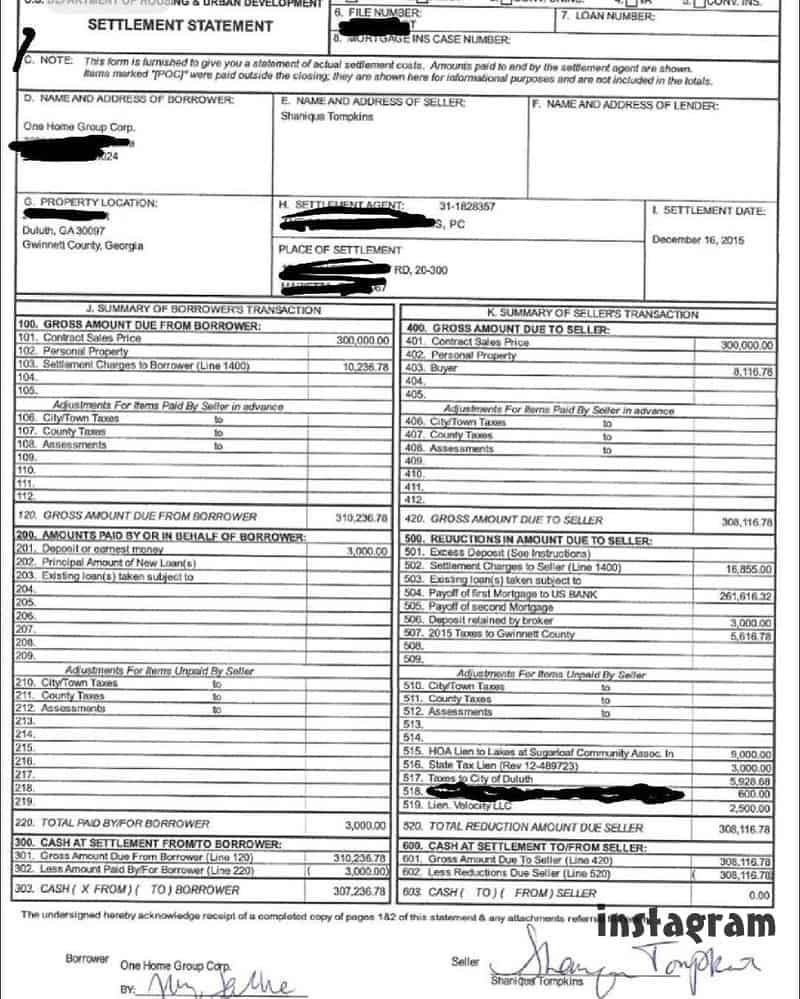 “I SOLD MY HOUSE…?? … But you knew that,” Shaniqua captioned the literal receipt. She added:

I had to give the court my closing papers That my house was sold, because you’re contesting Jurisdiction due to the fact you don’t want to pay for college. That nice Asian family I sold my house to, I’m going to notify them of you putting their address up on IG for the world to see.. If you would run your business like you run your mouth Bankrupt king you would have that 18.3 mill you owe sleek headphones and that 7mill you owe Rick Ross Baby Momma. Run a long Now..??

Shaniqua continued to fire back with another photo, this one of a New York Police Department Domestic Incident Report from May of 2008 after 50 Cent (real name Curtis Jackson) allegedly pushed Shaniqua during an altercation. Although it has been mostly blacked out, it does appear that it says “No” on the form in the field indicating whether or not the victim sustained an injury. Also interesting is that under “Prior DV (Domestic Violence) History:” it says “Yes.” Here is the report: 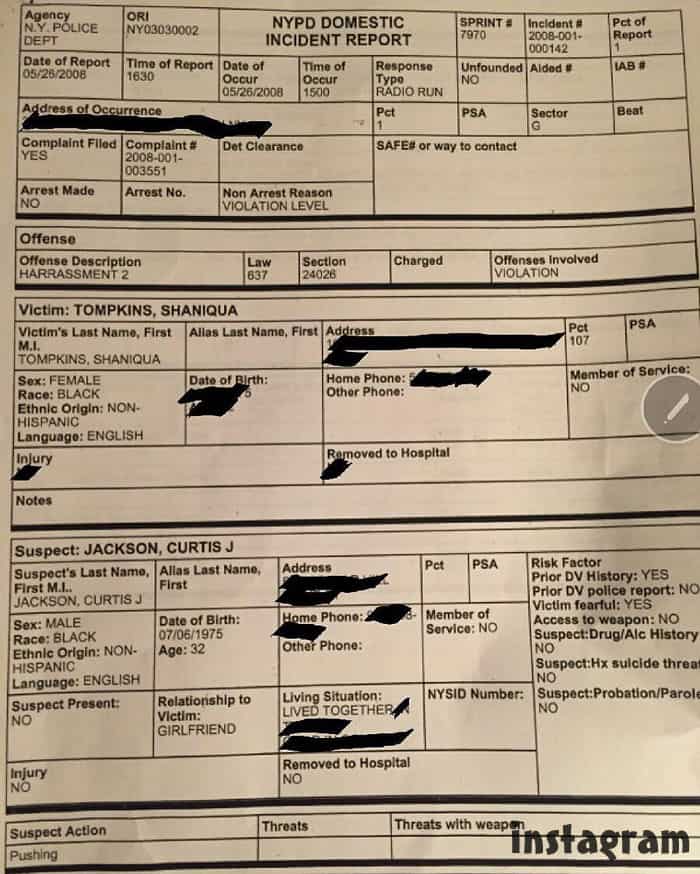 After hash tagging the image with #DomesticViolenceAwarenessMonth, Shaniqua wrote this caption:

Women when you’re in a abusive situation leave!! I walked away from the Money and Fame and Notoriety of being with a celebrity! No longer willing to except apologies and excuses..They don’t change, I left and he beat the second woman he had a baby by. He plead guilty and was sentenced to 3 years probation in the state of California. Walk away!

50 Cent has yet to respond to Shaniqua’s latest posts, but I think we all know he will at some point.

Meanwhile, in case you missed it, we will quickly get you caught up to speed on 50 Cent and Shaniqua’s most recent social media feuding in their own words (and photos) beginning with Shaniqua reposting a photo of an 11-year-old by named Davian that 50 Cent is mentoring along with the sarcastic caption: ““Look at his Boy with Red Bottoms… Going to public School in Brooklyn… That’s a real good look ?”

50 Cent then reposted Shaniqua’s repost, complete with her caption, and added his own: “See this why if this b!tch got hit by the Q11 bus and it dragged her, I would get out of my Bentley and ride the motherf***er 2 stops. LMAO He is going to a school connected to Hunter college, because he is advanced B!tch he is 11 years old in the 8th grade. just facts.#WhereYouLivingNowMyN!gga LOL” He later deleted his Instagram post, but the tweet with the link and photo still remains:

See this why if this bitch got hit by the Q11 bus and it dragged her, I would get out of m… https://t.co/kQVslIrAzp pic.twitter.com/KT8xpvdGVj

I’ll just step aside at this point and let Shaniqua have the stage:

Mental illness in the black community goes undiagnosed.. He needs to be evaluated and medicated!

Maybe if you ran your business like you run your mouth, Your Ceo and wouldn't ran off with the money..And the 35$ cat food on the Gunit Amex

This is what happens when your child see's you for who you are on their own.. He has spoken..??Part 1