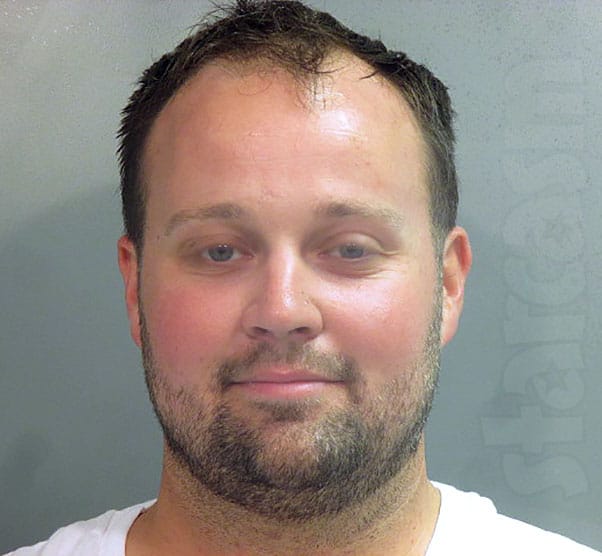 Disgraced former 19 Kids and Counting star Josh Duggar has been arrested on federal charges in Arkansas. The 33-year-old father of six is currently being held without bond after posing for a mug shot photo in which he appears to be drowsily smirking.

According to jail records, Josh was booked in Washington County, Arkansas earlier today at 1:14PM CST. It is indicated that Josh’s case is in federal court, but under “charges” it states that Josh is on “hold for other department.”

Unfortunately, we don’t have much more information at this time. Reps for the Duggar family have not responded to media inquiries, and the police/court documents are not yet available.

Our readers may recall that agents from Homeland Security Investigations raided Josh Duggar’s Wholesale Motorcars used car lot in November of 2019. The agency would only confirm that their agents searched the business property in regards to an ongoing investigation, and no more details have surfaced.

For more information on Josh Duggar’s used car lot, including photos and some of his zoning issues, you can click here.

The only other recent legal issues for Josh Duggar that we are aware of is a lawsuit claiming that land purchased by Josh via his used car lot wasn’t actually legal to sell in the first place. Josh risked being arrested after failing to appear during the course of the lawsuit, and his company would eventually lose.

I have to confess that my imagination is running wild speculating on the reason Josh Duggar was arrested on federal charges after a Homeland Security investigation involving his Arkansas used car dealership! Maybe he’s running guns from Mexico to the Proud Boys up north? (I’m trying to keep things relatively light and avoid any human trafficking speculation.)

Wholesale Motorcars has a history of controversial firearm purchases. From our previous post:

Josh’s days on the car lot have not been without troubles, however. Last year, his dealership made headlines after a man showed up in a stolen Dodge Ram with a Ruger 22 pistol clearly visible on the seat. A different salesman bought the weapon from the man for $70 before letting him test drive a Toyota MR2 without getting the man’s driver’s license.

As you may have guessed, the man never returned. Oh, and the gun that the salesman bought was used in an aggravated assault earlier in the day.

Plus, we know Josh has a Mexico connection as evidenced by this photo of him with Cancun-loving Ted Cruz: 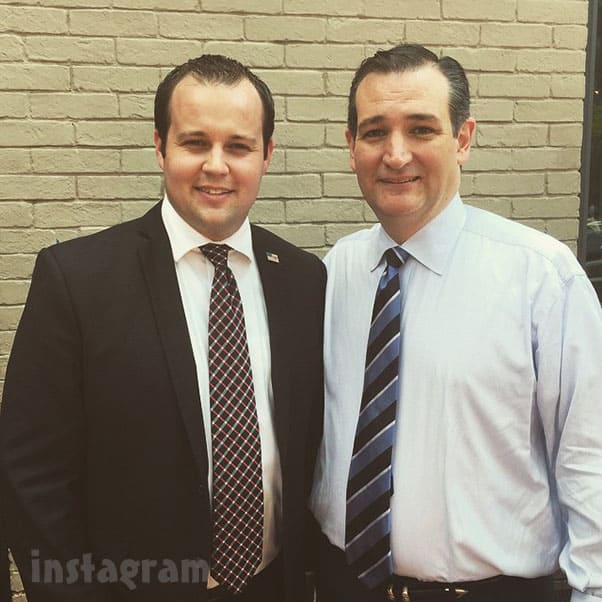 It’s unclear at this time where Josh was arrested — whether he was at home or elsewhere. It was reported in October of last year that Josh, his wife Anna Duggar, and their six children were living in Jim Bob Duggar’s renovated guest house/warehouse.

If you want to get caught up on all the relative (non-molestation scandal) Josh Duggar news over the past few years, here are some of our tweets with links to previous articles:

Anna and Josh Duggar's house is now $10,000 cheaper — but why are they selling it in the first place? https://t.co/i0RaemNfoh

The lawsuit accusing Josh Duggar of real estate fraud now has a jury trial date: right after Anna has given birth to their sixth child: https://t.co/6HU5R6tqBl

Here's the story behind the rumor of the FBI raiding the Duggars' compound and arresting Josh Duggar on alleged charges including child pornography: https://t.co/qSvMFBABqj

"Secret international art thief" remains the only good reason for a federal investigation into Josh Duggar's used car lot. After that, the potential reasons get very, very troubling: https://t.co/qTrXISyP9l

Anna Duggar gave birth to her sixth child five months to the day before the start of Josh Duggar's jury trial: https://t.co/N1mChEHWqw

Josh Duggar almost got arrested for failing to appear in court for his real estate fraud trial: https://t.co/wFQJTLMUpn

It seems Anna and Josh Duggar — and their six children — might be living in a warehouse in the Duggar family complex: https://t.co/Yqm2LrFNgO

Brace yourself — Josh Duggar might be coming back to reality TV: https://t.co/4bqN3ghNpY