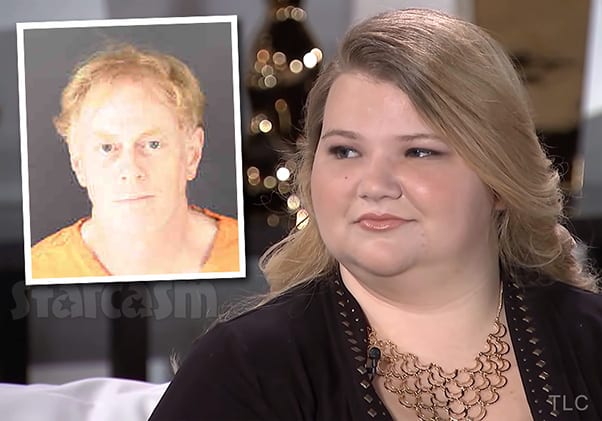 We have some good news and some bad news as far as updates on 90 Day Fiance and Happily Ever After star Nicole Nafziger.

We will start with the good news! Nicole returned to Instagram this week and revealed that she is continuing to move forward after her official split from perpetual Moroccan fiance, Azan Tefou. “For those who have asked, my relationship with Azan has ended,” Nicole confirmed again. “I am currently concentrating on school and making sure my focus is on what’s important 🙂.”

The 27-year-old reality star shared some specific details on her school goals. “I made a big decision in my life. I’m enrolled in college at SCF! 🤓” SCF is State College of Florida, which has a campus in Nicole’s hometown of Bradenton. “It has been a challenge going back to school after so long,” Nicole admitted. “But I am determined to make a better life for me and my daughter.”

What is Nicole studying in college? “I am currently working on pre recs to get into the Radiology program. I’m so blessed to have the supportive family that I do. They help keep me going on the days that I doubt myself.”

In addition to the update about her life, Nicole also shared an update on her daughter May. Well, an update on May’s hair at least! Nicole posted a couple Instagram stories of May getting her long hair cut short, and the result is downright Maytrulescent! I am unable to embed Instagram stories, but I can embed a post from May’s stylist, John Paul Lauricella, from the BOE Salon and Spa in Bradenton:

“So darn cute” is right!

OK, now on to the not so good news…

#90DayFiance Nicole Nafziger's dad Tyler (who agreed to financially sponsor Azan's K-1 visa) was recently convicted of multiple felony thefts. Nicole's mom Robbalee told police he is homeless and "she nor her children have been in contact with Tyler." https://t.co/fuyo8ciNRT pic.twitter.com/fxOnzvXqBB

90 Day Fiance viewers will recall seeing Nicole’s dad, Tyler Nafziger, numerous times as he was the one who agreed to foot the bill for sponsoring Azan’s K-1 visa. Since that time, Tyler has fallen on some hard times. He has been arrested roughly ten times in the past two years, and has reportedly spent quite a bit of that time homeless.

He was recently sentenced to 90 days in jail and put on 12 months probation after he was found guilty of grand theft. The charges were the result of a series of thefts at multiple home improvement stores with thousands of dollars worth of stolen merchandise.

According to jail records, Tyler is currently back behind bars in Sarasota County after being unable to stay away from one of the home improvement stores that had banned him after his previous thefts. He was arrested on September 7 after being spotted at a Home Depot.

I was contacted by Sergeant Shaw in reference to a trespass in progress across the street at the Home Depot. I turned onto Cattleman going south and witnessed the suspect Tyler Nafziger leaving the Home Depot property and running across the intersection. Sgt. Shaw also was a witness as he was the vehicle in front of me. Sgt. Shaw engaged his lights, and Tyler began to run across the parking lot. I gave several commands for him to stop and get on the ground. Tyler compiled and laid face down on the ground with his arms spread. I placed him into handcuffs double locking them and checking for fit. He was transported to the jail with no further issues.

In addition to facing a misdemeanor trespassing charge, the incident was a violation of Tyler’s parole and reactivated his felony grand theft charge.

It’s unclear if Nicole is aware of her father’s recent legal issues. Prior to his June arrest, police tracked down Nicole’s mother, Robbalee, and she confirmed that “she nor her children have been in contact with Tyler. Tyler’s phone is shut off and he is homeless.”

90 DAY FIANCE Did Ashley and Jay break up?