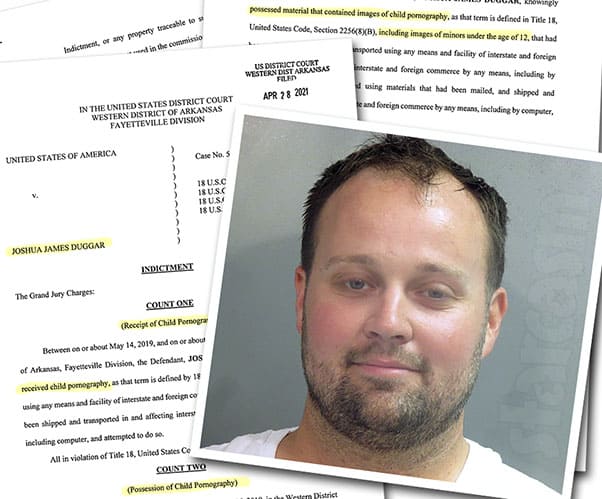 19 Kids and Counting star Josh Duggar is facing multiple counts of child pornography. The 33-year-old was arrested in Arkansas on Thursday, but it wasn’t until today that we learned the disturbing details on the allegations against the former Family Research Council Action Director.

Duggar appeared before the judge at the Western District of Arkansas Federal Court from jail via Zoom, where he entered a plea of not guilty on all counts.

A court hearing’s set for next week to determine if Duggar will be granted bond release, but he’s to remain in custody until then. The judge ruled if bond is granted … Duggar will be required to stay with a third-party custodian, and that person can’t have unsupervised minors in the home.

His trial is scheduled for July.

Josh Duggar is being represented by attorney Travis Story of Story Law Firm and Justin K. Gelfand. The attorneys issued a joint statement earlier today in regards to the charges against Josh:

Josh Duggar has been charged in a two-count indictment. He has pled not guilty to both charges and we intend to defend this case aggressively and thoroughly.

In this country, no one can stop prosecutors from charging a crime. But when you’re accused, you can fight back in the courtroom—and that is exactly what Josh intends to do. 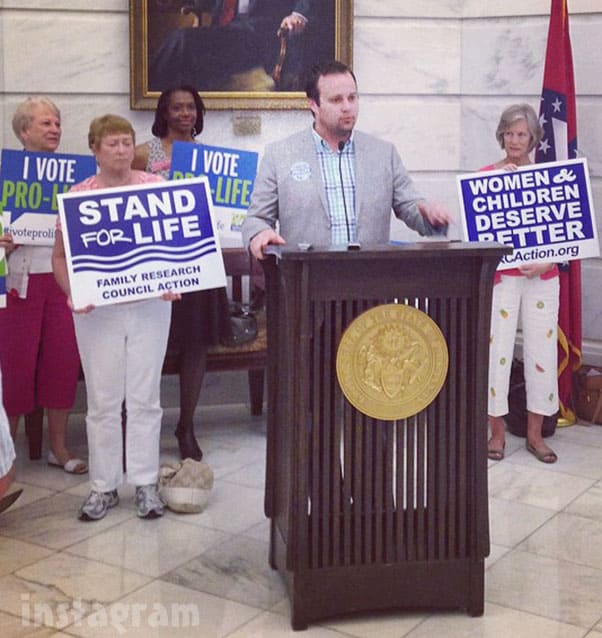 We appreciate your continued prayers for our family at this time. The accusations brought against Joshua today are very serious. It is our prayer that the truth, no matter what it is, will come to light, and that this will all be resolved in a timely manner. We love Josh and Anna and continue to pray for their family.

Most of the rest of the Duggar clan have remained silent on Josh’s arrest, but his sister Jinger Vuolo shared this statement:

We are disturbed to hear of the charges against Josh. While this case must go through the legal system, we want to make it clear that we absolutely condemn any form of child abuse and fully support the authorities and judicial process in their pursuit of justice.

UPDATE – Here is the statement from TLC on Josh Duggar’s arrest:

TLC is saddened to learn about the continued troubles involving Josh Duggar. 19 Kids and Counting has not aired since 2015. TLC canceled the show on the heels of prior allegations against Josh Duggar and he has not appeared on air since then.

A source for The Sun claims that Josh’s arrest was not a surprise for family members, including his pregnant wife Anna.

“The family has known that this has been coming for weeks, and Josh has been preparing himself,” the source reveals.

“They are praying together for Josh and Anna, who is standing by her husband as she always has.”

Here is the full indictment of Josh Duggar, filed in the United States District Court for the Western District of Arkansas on Wednesday — click images to enlarge: 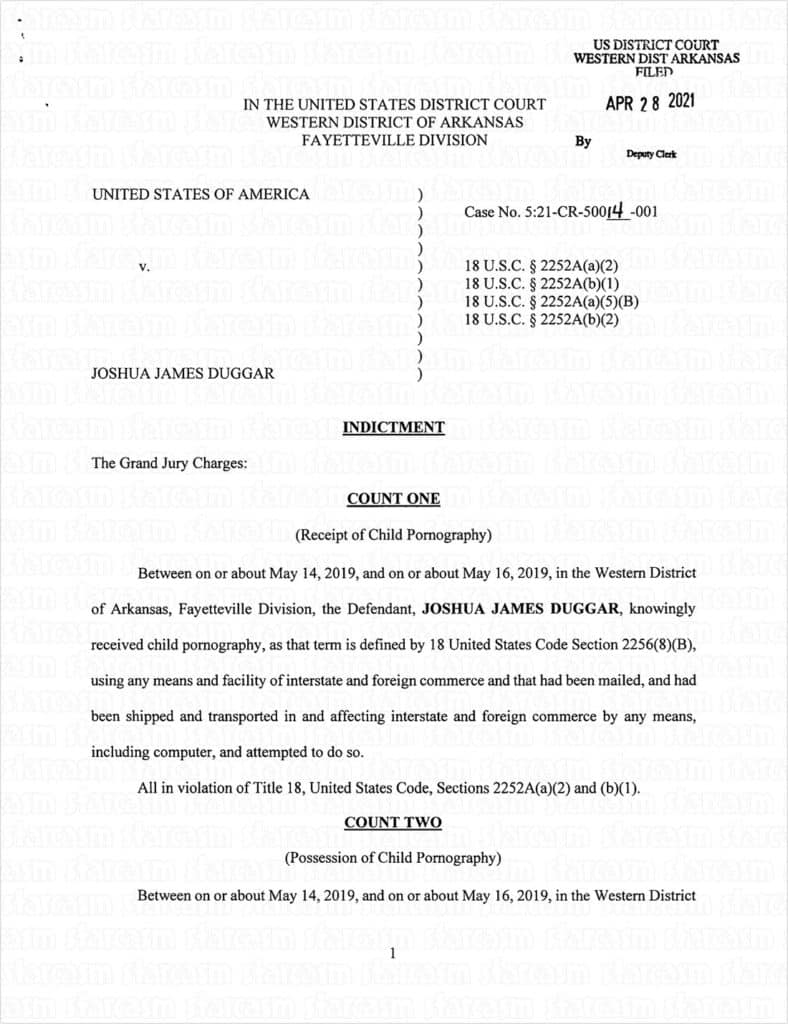 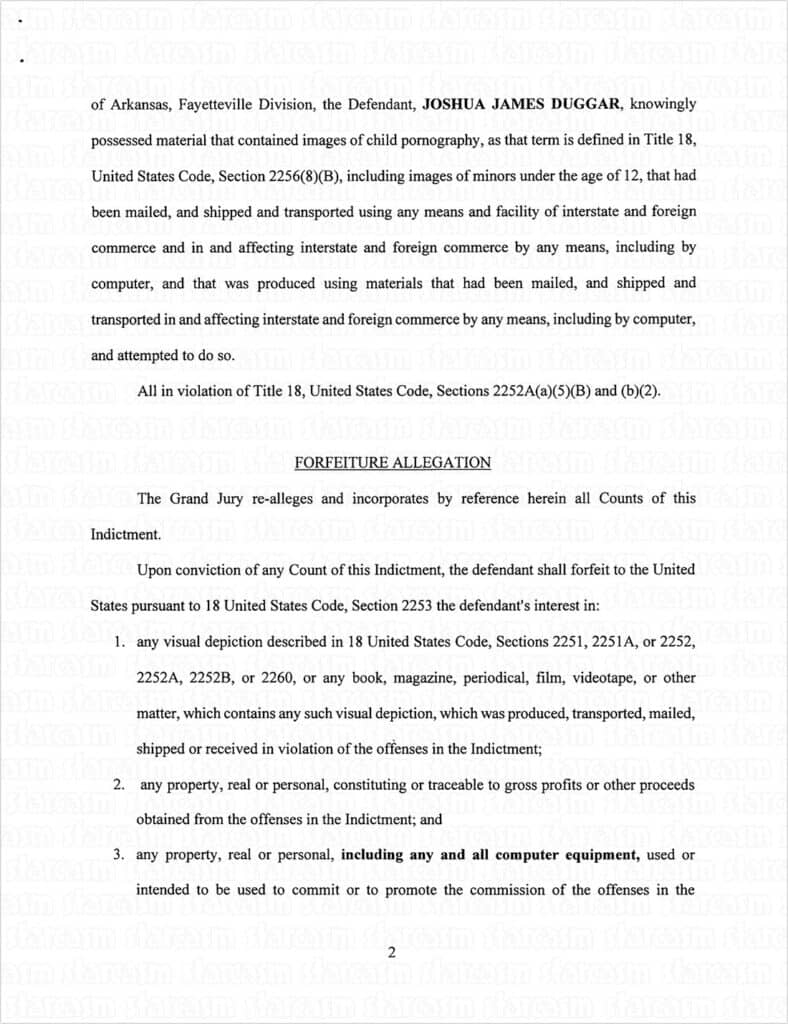 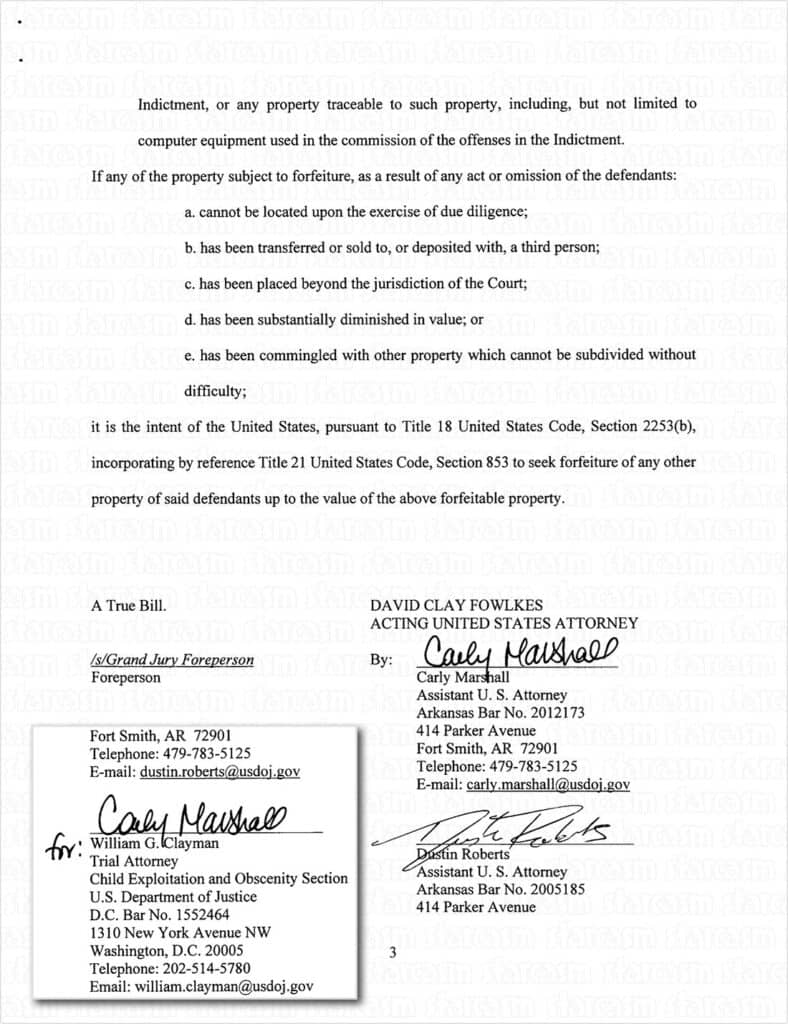 Is Josh Duggar getting an image rehab ahead of a return to TV?