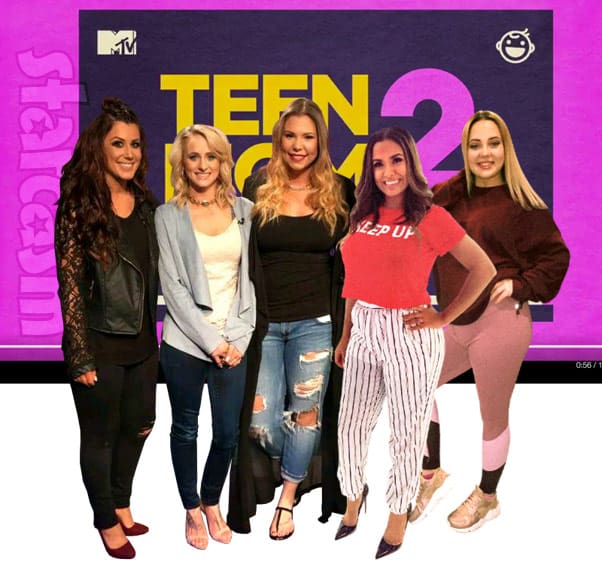 The Ashley’s “behind-the-scenes source” reveals that “Jade has been filming for Teen Mom 2 and the other Young and Pregnant girls aren’t currently filming.” The source adds that Jade began filming at roughly the same time as Jenelle’s Teen Mom 2 co-stars “just in case” the network was unable to resolve their ongoing production issues with Jenelle. (Or, just in case David did something incredibly horrific like beating a French bulldog then shooting it.)

“They figured if Jenelle wasn’t let go, they could move the Jade footage over and use it on Young and Pregnant,” the source adds.

Jade is certainly a good replacement for Jenelle as she brings along a lot of the same explosive tendencies and potential for headline-grabbing controversies. She already caused quite a stir after posting a bathroom selfie that included a white powdery substance in a line, a rolled up bill, and a driver’s license on the counter. And then there’s that Sugar Daddy profile.

Jade and Jenelle appear to have similar luck with relationships as well. After going back and forth numerous times, Jade and the father of her daughter Kloie, Sean Austin, are broken up yet again. Their on-screen relationship was very reminiscent of many of Jenelle’s as it involved drug use and a lot of outside voices.

Sean went on a rant during an Instagram live session back in February claimiing that Jade showed up at his place soon after their most recent break up and took a bunch of furniture and stuff while he wasn’t there. Part of Sean’s anger was directed at MTV producers for not letting him know, so I assume all of this was recorded for Teen Mom 2.

Sean shared a photo with daughter Kloie on April 4 and included the hash tag #filming in that caption, so the MTV cameras were more than likely rolling then as well.

Franchise hopping is nothing new in the Teen Momiverse, as Briana DeJesus made the leap from Teen Mom 3 to Teen Mom 2 a little over two years ago. Teen Mom 3 had been cancelled for quite a while when Briana was added, however. This will be the first time MTV has moved a cast member from one Teen Mom show still in production to another.

The next question seems obvious: Who will replace Jade Cline on Teen Mom: Young and Pregnant? Lexi Tatman will not be back, but MTV reportedly added a new cast member named Kaya to replace her. Obviously, the show could just go with four moms — which is the original format. Or, MTV could add another mom to join Kayla Sessler, Ashley Jones, Brianna Jaramillo, and Kaya for the next season. Perhaps it will be one of the Teen Mom Young Moms Club cast members, since that show is not doing any better in the ratings than it did when it was prematurely canceled as Pretty Little Mamas. 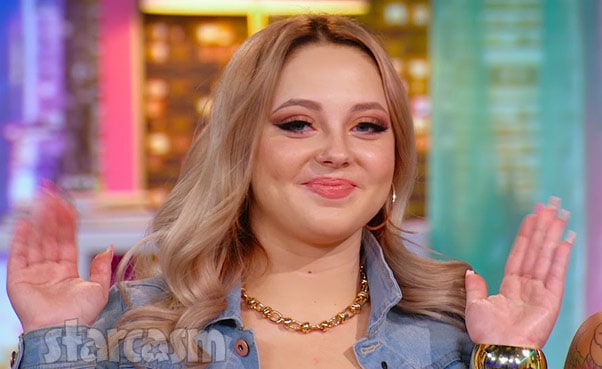