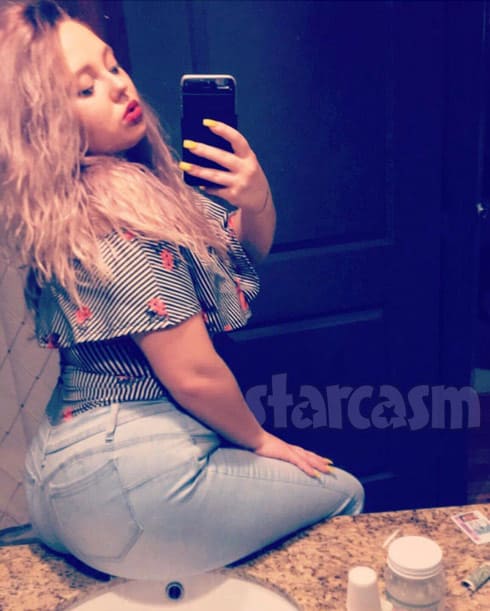 The ladies of Teen Mom: Young and Pregnant are either really bad at Instagram or, if they are from the Farrah Abraham School of All Publicity Is Good Publicity, really great at Instagram.

A little more than a month after Ashley Jones uploaded and quickly deleted a video in which she could be seen slapping herself before then accusing her fiance Bar of beating her, co-star Jade Cline is coming under fire after posting a bathroom booty selfie in which you can clearly see a line of white powder, a rolled up dollar bill, and a rigid ID on the counter.

Here is a zoom-ed in view with some slight enhancements: 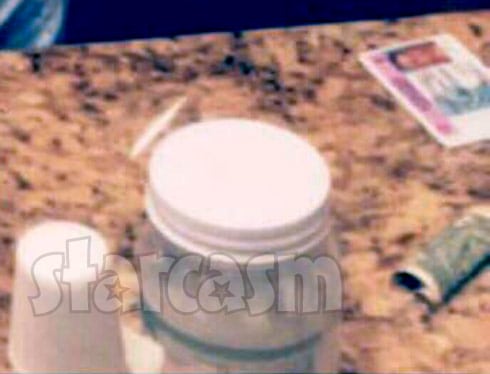 The photo was originally posted more than a week ago, as evidenced by Twitter user @kitty_flocka‘s tweets — including a screen cap that was used by Radar Online in their article earlier today. “@jade_desere what happened to the pic u just posted on Instagram with the line of coke next to you on the bathroom counter?” @kitty_flocka tweeted on June 2. The next day she tweeted the screen cap used by Radar.

After the Radar story broke, we had a reader send us a copy of the unedited photo, which she originally downloaded not even knowing about the suspicious items on the bathroom counter.

It’s important to note that we do not know what the line of what looks to be white powder is. It could be a brand new product like Flat Tummy Sweetener, right?

Jade’s Instagram is still active as she uploaded a brief kissy clip to her story promoting tonight’s Teen Mom: Young and Pregnant Season finale. She does appear to have comments disabled on all of her recent photos.

UPDATE – Jade is moving on up! MTV has revealed that she will be replacing Jenelle Eason on Teen Mom 2!

VIDEO Brooks Ayers update: Vicki ‘hates him with everything in her,’ more reactions