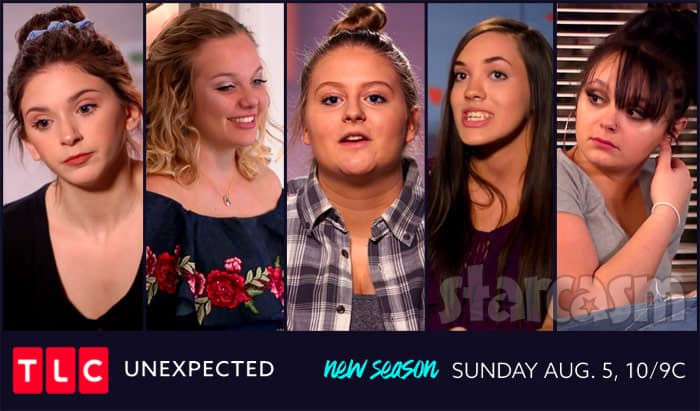 TLC had a huge hit with their teen pregnancy reality series Unexpected late last year as the show finished up the season averaging well over one million viewers per episode. The show will be returning for a second season, which should not come as a surprise to anyone. But what may be a surprise to many fans is that producers have dropped one of the three original moms and added three new ones!

Unexpected fans will be able to catch up on McKayla Adkins and Lexus Scheller, but Lilly Bennett will not be back.

In addition to McKayla (plus her son Timothy and Timothy’s dad Caelen) and Lexus (plus her daughter Scarlett and Scarlett’s dad Shayden), fans will also get to meet three new couples: Laura and Tylor, Chloe and Max, and Emiley and Diego.

Here is the dramatic two-minute Unexpected Season 2 preview trailer followed by a synopsis of the new season from TLC — which premieres Sunday, August 5th at 10/9c:

Meet the teens moms sharing their stories this season on #Unexpected! The series returns Sunday, August 5th at 10|9c. pic.twitter.com/CYBo836Aj9

It truly takes a village to raise a child and this series delves into the oftentimes overwhelming responsibility and sacrifice that is required of young parents, and their families. Viewers will get a first-hand look at the hurdles that all five families encounter while raising not only their teenagers, but their grandchildren – and great-grandchildren – as well. As grandparents and great-grandparents step in to help the teens, roles are blurred, tensions mount and relationships become strained because everyone has differing opinions about what is best for the teens and the well-being of their babies.

In the premiere episode, McKayla decides to take her young child and move out of her grandparents’ house, while Lexus reveals the details on her breakup with Shayden. Just weeks before giving birth, Emiley finds herself at a crossroads with her boyfriend, Diego; and Max, the boyfriend of expectant mother Chloe, proves that he still has a lot to learn.

Here is a breakdown of the cast with names and ages:

(We have included photos for each couple, but we don’t have any biographical details yet other than their ages.) 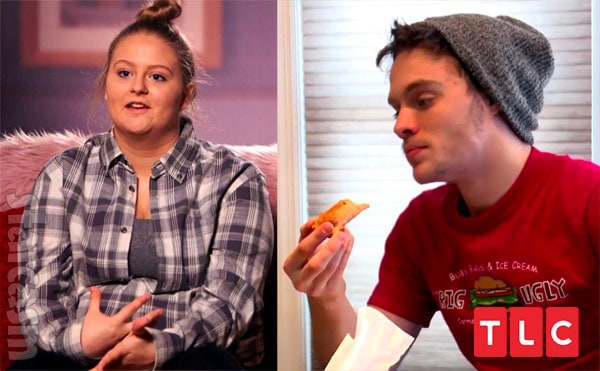 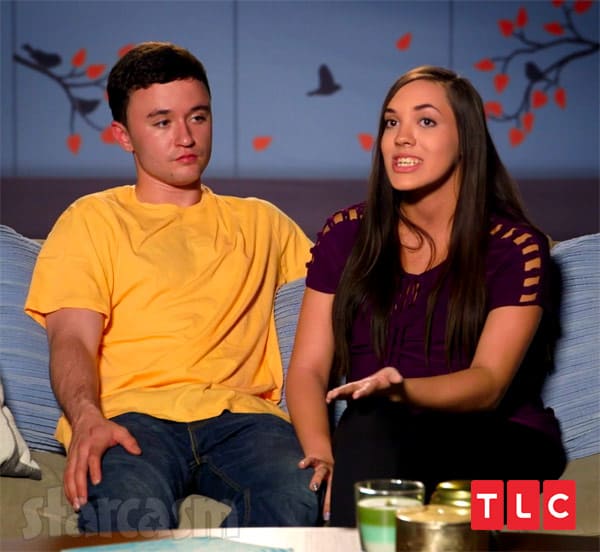 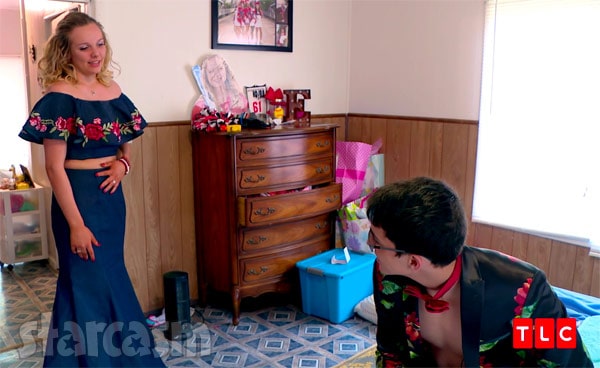 I’m kind of excited about the notion of having some moms who are still pregnant and others who gave birth months ago — all on the same show. Not to mention having two families we already know with three brand new families! The concept should really help the story lines maintain diversity, and I think make for a more entertaining experience week in and week out. Of course, it doesn’t seem like the concept can continue heading into additional seasons unless they split into two shows — which is entirely possible if the ratings stay as high as they were for Season 1.