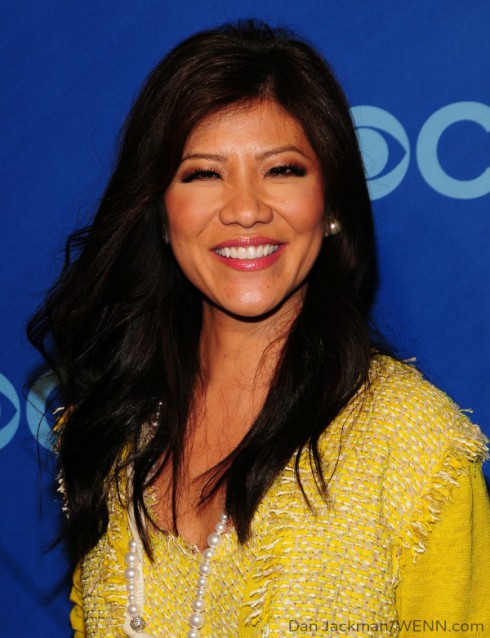 Big Brother host Julie Chen said she was personally offended by contestant Aaryn Gries’ comments about Asian women… But, Julie admitted on The Talk today that Aaryn’s offensive statements weren’t the first to hit home. In fact, the veteran news anchor got plastic surgery early on in her career at the behest of an agent who wanted her to fix her “Asian eyes.”

“My secret dates back to — my heart is racing — it dates back to when I was 25 years old and I was working as a local news reporter in Dayton, Ohio,” Julie explained for Secrets Week on The Talk. “So, I asked my news director… Over the holidays if anchors want to take vacations, could I fill in? And he said, ‘You will never be on this anchor desk, because you’re Chinese.’ He said ‘Let’s face it Julie, how relatable are you to our community? How big of an Asian community do we have in Dayton? On top of that because of your Asian eyes, I’ve noticed that when you’re on camera, you look disinterested and bored.'”

After his comments, Julie began to focus on her eyes when watching back tapes.

Julie said she respected the agent’s opinion because he did represent the top Asian-American broadcaster. However, she felt conflicted about going through with the surgery. 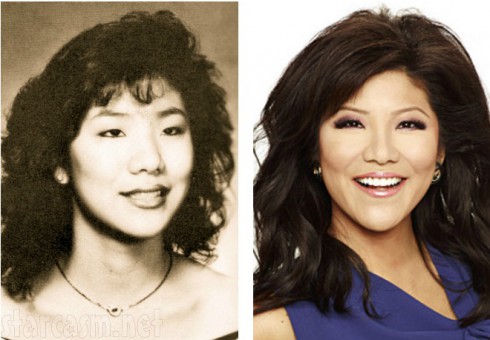 “We talked about if this was denying my heritage, and whether or not I should have this done,” Julie said of her conversation with her parents. “Eventually, my mom said, ‘You wouldn’t have brought this up to me unless this was something that you wanted to do.’ And they told me that they’d support me, and they’d pay for it, and that they’d be there for me.”

As soon as she got the surgery done, Julie said the ball began rolling with her career.

“I have to live with every decision that I’ve made,” Julie concluded, admitting she used to wonder if she had given into the man. “And it got me to where we are today. And I’m not going to look back.”

PHOTO Guess which supermodel wore a burqa as a disguise when heading into the plastic surgeon’s office?