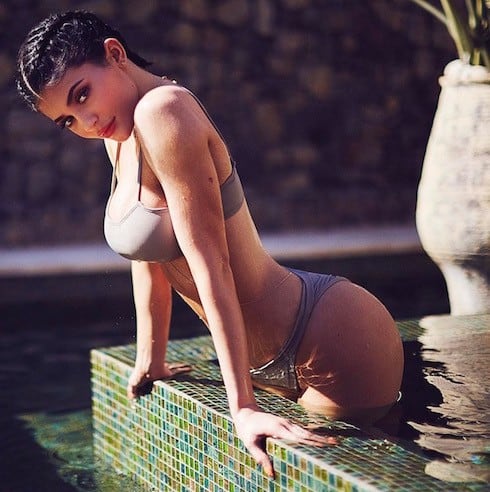 E!’s recent feature on Kendall and Kylie Jenner “surviving” what the network has dubbed the “reality show kids curse” is notable for the attention it pays the pair’s increasingly sharp business savvy. Sandwiched in between fluffy half-anecdotes about how “Kris and Caitlyn Jenner kept things in formation” with their parenting and how the girls “even had (gasp!) the occasional chore” is as straightforward an acknowledgement of the power and influence of money on their lives as you’re likely to find in a piece published by the Kardashians’ home network:

Beyond all the ‘Do as I say, not as I do’ note-taking, the youngest sisters have a highly developed work ethic. They know the value of a dollar, and more importantly, the value of earning a dollar. Don’t for a second mistake them for being provincial, though: They like the finer things in life. They need (and, presumably, like) the money that it takes to buy those things. But never have they thought that those things would come to them automatically or without proper due.

They know that to keep living the life they have become accustomed to, they have to put in the time. Say what you will about putting a young child through the rigors of a sometimes-grueling production schedule that befits a reality show, but, at least for the Kardashian-Jenners, it conveyed the concept that you wake up every morning to create, to do, to check off lists.

More and more, those lists include items like “Establish $500 million Kendall and Kylie swimwear empire thanks to the void left by Victoria’s Secret,” “Use a combined social media following of over 115 million people as leverage for becoming an upper-echelon supermodel” if you’re Kendall, and, if you’re Kylie, “Insulate myself from the daily deluge of jokes about how I’m still dating Tyga.”

Probably the most important lesson from the girls’ note-taking? The Kardashian family is a business empire above all. (A lesson Blac Chyna learned a little too late to make it useful.) Consider that almost no part of the Kardashians’ public presence–the stream of stories about who they might be dating, the articles alleging drug addiction or tropical frolics, the non-stop musings about possible pregnancies and fragile emotional states–is well-sourced or reasonably supported. Almost everything the Kardashians do in public is based on rumor and gossip. Their persona is a high-profile mystery: nobody knows anything for sure, but everybody–whether a hater or a fan–is interested. 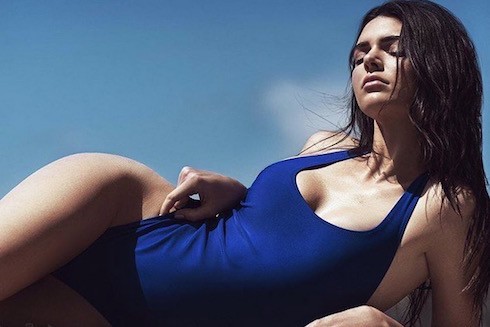 So, although they grew up on TV and are still very young indeed, Kendall and Kylie Jenner are businesswomen foremost. And on the one hand, it really isn’t all that surprising that they shunned the surface glitz of celebrity in favor of the wealth that influences it. There’s no surer way to escape the so-called curse by upgrading your childhood for an always-developing brand. It’s kind of like the $90 million shoe deal LeBron signed when he was just 18 and hadn’t even been drafted yet–a shock given his age, but completely logical considering the kind of advice his handlers and managers had already been giving him for years.

But the other hand holds a key difference between the Jenner girls and most of their peers. Kendall and Kylie don’t have to endorse someone else’s clothes; they’re hawking their own. It’s their name on the stuff, *and* they’re their own models, because people really like to look at Kendall and Kylie swimwear when Kendall and Kylie are wearing it. Although not always for the reasons that you might expect. For example, this picture will never not be funny:

So: from this angle, the two are as close to literal product as you can get and still be human beings. They are ratings-proof and terrible animated KUWTK spinoff-proof and dependent only upon the standards of physical beauty they’ve set for themselves for their success. That is, until they have kids of their own–at which point Kendall and Kylie can turn their attention to monetizing the next generation. Their mother taught them well!