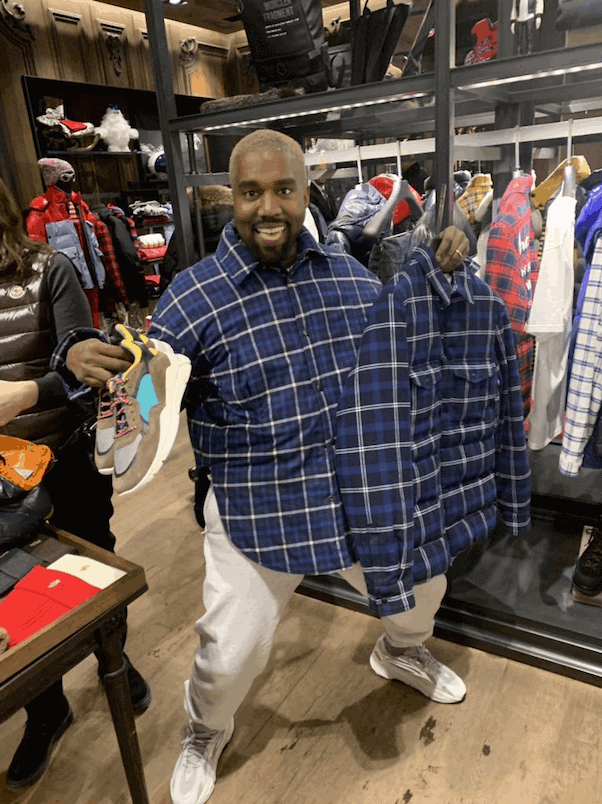 Five years after he first hinted at a political run, it seems Kanye West might finally be going through with this thing. Last night, the 43-year-old announced his intention to run for President of the United States — but not at some distant point in time. No, Kanye says he’s running this year, with just under four months to go before the election itself. And with ballot access already cut off in a great many states. So: is Kanye for real? How seriously should anyone take this man? And could his Star Wars housing plan for the homeless earn him more support than your average political observer might expect?

The first time Kanye said he was running for president — or, at least, the first time he said it publicly — was at the 2015 MTV VMAs. At the time, no one seemed to take the notion seriously, at least in part because Kanye later admitted he was high when he made the speech.

In fact, The New Yorker made light of how ludicrous Kanye’s electoral prospects seemed by mocking him up on the cover of their September 4, 2015 issue. The punchline? In a nod to the infamous “Dewey Defeats Truman” upset of 1948, the New Yorker‘s image was of Kanye holding up a newspaper declaring “Trump Defeats Kanye.”

So, yes, we were all impossibly innocent just five years ago, when the notion of a buffoonish entertainer capturing the White House seemed far-fetched. We should have been wiser to the words of President Obama, who noted that America had already elected “a black guy from the South Side of Chicago with a funny name” to the office. In light of that unlikelihood, nothing should have seemed impossible.

Yes, Kanye West is eligible to be President

A year later, Kanye reaffirmed his intentions in an interview with the BBC. Kanye swore he was serious, and even managed to sound the part:

When I talk about the idea of being president, I’m not saying I have any political views. I just have a view on humanity, on people, on the truth. We are numb, we’re numb to 500 kids getting killed in Chicago a year, we’re numb to the fact that it was seven police shootings in the beginning of July. If there is anything that I can do with my time and my day, to somehow make a difference while I’m alive I’m going to try to do it.

At the time, we pointed out that the only Consitutional requirements for president are that the person a) be at least 35 years old; b) be a natural-born US citizen; and c) have been a resident of the United States for at least fourteen years. Kanye, born in Atlanta in 1977, has never lived in another country. Though that’s a low pole to clear, the man does indeed clear it.

Is Kanye for real? Is he really running, or is this just a stunt?

I mean…it sure seems like he’s genuine? Kanye pretty much always runs full-speed into whichever wall looks the most appealing at the time. It’s not really a matter of whether or not he’s really going to run for president. Asking “Is Kanye for real” about this is sort of like asking “Can grandpa really eat steak without his false teeth?” Grandpa doesn’t want the steak. He wants some of grandma’s soup — and he doesn’t want to get up from the table for it. He’s gumming the steak so you’ll get the soup for him.

Which brings us to Kanye’s presidential announcement itself. Here’s the reveal, as Kanye dropped it on Twitter:

It’s actually better than most candidates’ declarations; it’s short, for one thing, and it seems pretty heartfelt. It also sounds like Kanye thinks he’s God’s personal vessel for improving the United States. But I think that’s something most of us already suspected Kanye felt about himself.

One other important thing of note: just this morning, Kanye followed up that news with the first-ever public photos of his aforementioned & infamous Star Wars houses. In case you’d forgotten, last summer, a Forbes feature on Kanye revealed that the man was planning a series of New Hope-inspired low-cost housing units meant specifically to help combat homelessless in the Bay Area.

Inspired by Luke Skywalker’s childhood home, West has been working with a team to design prefabricated structures that sport the same austere aesthetic, with the goal of deploying them as low-income housing units….We stroll out into the chilly, starless night, and I follow him up a dirt path deeper into the woods for several minutes until he stops at a clearing and looks up, wordless. There, with the hazy heft of something enormous and far away, stand a trio of structures that look like the skeletons of wooden spaceships. They’re the physical prototypes of his concept, each oblong and dozens of feet tall, and West leads me inside each one.

And here’s Kanye’s reveal of those houses’ giant lumber skeletons, from earlier today, boasting the same #VISION2020 hashtag and seeming for all the world like Kanye’s first-ever policy proposal:

According to Bloomberg, Kanye hasn’t filed any of the necessary forms with the Federal Election Commission. He doesn’t have any infrastructure or serious political connections (other than the Kardashians’ multi-billion dollar fortune). And he’s liable to change his mind about the whole thing at any moment. But, for now, Kanye is serious, and we need a helpful distraction. If Kanye wants to improve America, he’ll start tweeting out cabinet picks a handful of times every day.