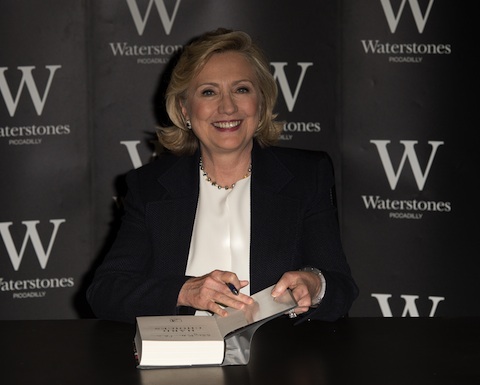 What is Hillary Clinton’s net worth? Were the Clintons really dead broke after leaving the White House? There’s a great deal of misinformation on this topic; here, we separate fact from fiction, to bring you the bare truth.

Former Secretary of State and potential 2016 presidential aspirant Hillary Clinton made headlines and waves when she declared her family was “dead broke” after leaving the White House in 2001.

At a book signing in Chicago on June 10, Clinton also told the crowd that she and the former President struggled to pay the mortgages on their two multimillion dollar homes. The remarks came as Clinton defended her speaking fee, which is approximately $200,000 per event.

And, as the Washington Post has since reported, Bill Clinton has earned a cumulative total of $104.9 million for speeches given between 2001 and 2013.

So, was Hillary completely wrong? Or did she demonstrate a lack of perspective?

It’s true that the Clintons had an eight-figure debt upon George W. Bush’s inauguration. They owed $10.6 million, much of that in personal legal fees stemming from the Monica Lewinsky trial, and from Watergate.

Two quick fixes came in book form. Hillary Clinton received a near-record $8 million advance for her 2003 memoir Living History. And Bill did break the record, snagging a $15 million advance fee, at the time the largest in history, for his 2004 book My Life.

Since then, though, the pair have been prominent speakers on the lecture circuit. And individual speaking fees, though much smaller than book advances, are much more consistent.

The couple do also give speeches for free. Bill speaks regularly at his School of Public Service at the University of Arkansas.

And they often donate their fees to charity. Hillary will collect a $225,000 fee for speaking at the University of Nevada-Las Vegas this fall; the money will go to the Bill, Hillary, and Chelsea Clinton Foundation, which “leads global philanthropic initiatives.”

So, there are elements of truth and naïveté in Hillary Clinton’s statement. She and her family were indeed in heavy debt when Bill Clinton left office.

But she and her husband also had earning potential far beyond what most Americans will ever know. As the person who posed the question about Hillary’s speaking fees noted, $200,000 is approximately four times the median American salary.