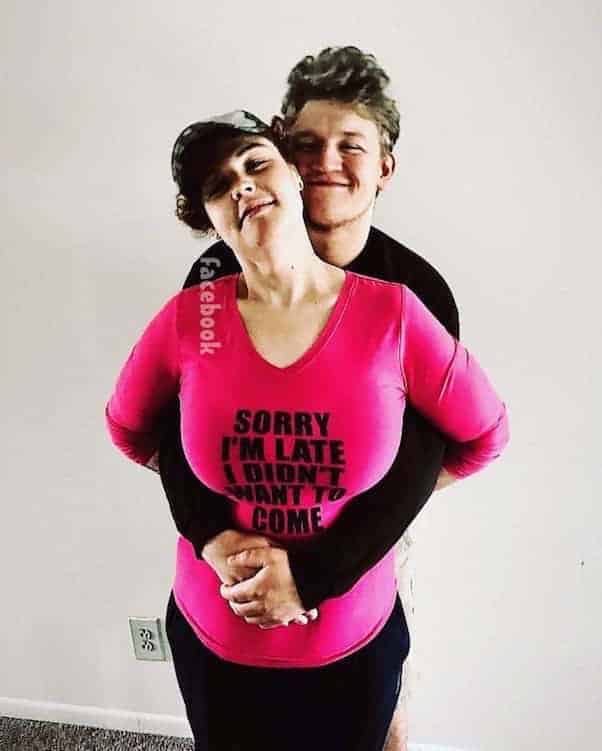 My 600 Lb Life may be between seasons, but that doesn’t mean there’s no news on any of the show’s cast members. And have we got a Sarah Neeley Where Are They Now update for you! Earlier this year, Starcasm broke the story of Sarah’s secret engagement and surprise pregnancy; we can now confirm that Sarah’s tied the knot to the man she calls “the love of my life.” Plus, Sarah’s also shared an ultrasound pic, along with a pair of lovely photos from the wedding ceremony.

Though Sarah confirmed her engagement for us back in May, it wasn’t until the following month that she and her now-husband Jonah walked down the aisle together. The photo above was taken this spring, when Sarah revealed her forthcoming marriage; here’s a pic of Sarah and Jonah at the altar this past June, one shared by Sarah herself: 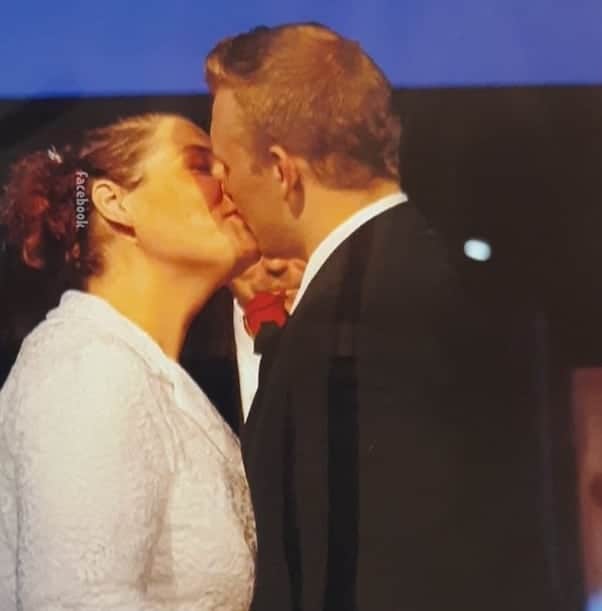 Sarah also made public a pair of new family photos. The first is a new one of herself and Jonah, and looks to have been taken on their wedding day. But the second pic in the diptych is the cause for all the squealing in Sarah’s comments — it’s the first ultrasound of herself and Jonah’s baby that Sarah has shared: 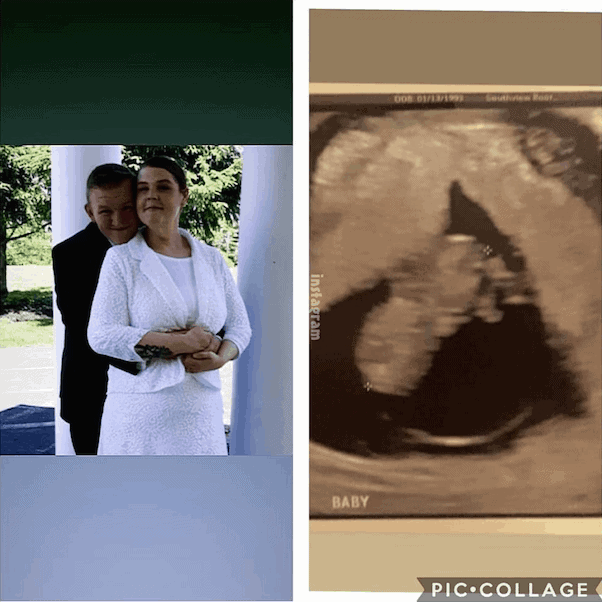 Sarah hasn’t yet said when she’s due, or shared the baby’s gender or any other information about her pregnancy. And for the above photo, she kept the caption simple. “My husband,” she wrote, “and our precious gift from God💗”

If you’re thinking it’s been an absolute whirlwind for Sarah ever since she made her My 600 Lb Life debut two years ago, well, you’re absolutely right. Though Sarah’s first episode captured her at a peak weight of 642 pounds, she quickly found success working with Dr. Nowzaradan, and was down to 393 pounds after just a year of filming.

But it turned out that that was only the beginning of her weight loss success. By the time we got the first Sarah Neeley Where Are They Now? in 2019, the native Ohioan was practically at her weight loss goal, having dropped all the way down to 197 pounds. Sarah’s 445-pound weight loss, or 69.3% of her peak weight, currently stands as the fifth-highest ever featured on My 600 Lb Life.

At the same time, Sarah was going through unspeakable personal tragedy. Shortly before her first follow-up episode aired, Sarah revealed she’d suffered a miscarriage. The loss came during filming for the new episode, meaning Sarah had to go through everything while still on camera.

And it wasn’t long after last year’s Sarah Neeley Where Are They Now update that Sarah shared more shocking news: she was checking herself into rehab for an unspecified addiction. In sharing the news, Sarah noted her earlier addiction to food, but told fans and friends she was now “dealing with something that will destroy or kill me if I don’t do something now to help myself.”

Sarah’s successful stint in rehab also marked a change in her updates; she’s now much more likely to share memes of positive affirmation or a photo of herself with an encouraging quote as the caption. Now that she’s married and she and her husband have a baby on the way, it looks like Sarah may have finally found peace. Congratulations to the newly married couple on their love and the child they’re about to bring into the world.

You can revisit Sarah’s 2018 My 600 Lb Life debut here. And you can stream her 2019 Where Are They Now? episode here. Both episodes are available via TLC.