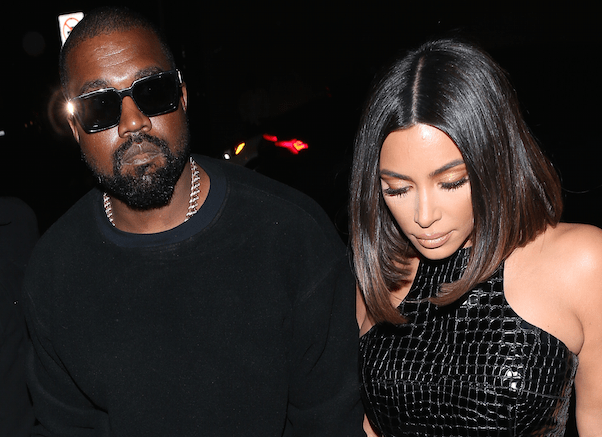 Celebrity puff pieces are great. They’re ostensibly about promoting someone’s brand, but they’re always full of ridiculous little details that threaten to undermine the promotion itself. And since Kanye West is basically a list of ridiculous little details come to life, any feature on him can only add to his legacy of oddities. This is all a somewhat roundabout way of saying that Kanye West’s Star Wars houses are the best reason to pay attention to his new Forbes cover story, even though details on the project are predictably scarce.

The piece is supposed to remind us that Kanye is a business visionary because three years ago he was supposedly $53 million in the hole and now he’s not. I don’t know if anyone actually believed that story about his eight-figure debt; both Kanye and Kim have been talking about his near-billionaire status for years, and his fashion line’s steady popularity has kept him a worthwhile investment even if he hardly ever puts out music or tours anymore. In that sense, he’s exactly like the rest of the Kardashians: none of them *need* KUWTK, thanks to social media and diversified interests, but they still get enough attention for it that the show is worth their while.

Anyway — you can read the Forbes piece here; below is the relevant, Tatooine-inspired bit:

Speaking of aliens, if you really want to see how West’s creative process works, then a visit to the Star Wars planet of Tatooine is necessary. Inspired by Luke Skywalker’s childhood home, West has been working with a team to design prefabricated structures that sport the same austere aesthetic, with the goal of deploying them as low-income housing units. Just after midnight he ushers me into his Lamborghini for an impromptu visit, barreling back down the road with Bach blasting on the sound system. After about 15 minutes, we arrive at a bungalow in the woods.

A team of four is still clattering away on Apple laptops inside, ahead of a meeting the following morning in San Francisco with potential investors. Around them, the walls are plastered with written notes and sketches. West peers over the shoulders of his charges, instructing them to change a font here or brighten a picture there….

After a half hour or so, West appears satisfied with the state of the presentation and motions me toward a back door. We stroll out into the chilly, starless night, and I follow him up a dirt path deeper into the woods for several minutes until he stops at a clearing and looks up, wordless. There, with the hazy heft of something enormous and far away, stand a trio of structures that look like the skeletons of wooden spaceships. They’re the physical prototypes of his concept, each oblong and dozens of feet tall, and West leads me inside each one.

He tells me they could be used as living spaces for the homeless, perhaps sunk into the ground with light filtering in through the top. We stand there in silence for several minutes considering the structures before walking back down to his lurking Lamborghini and zooming off into the night.

Keep in mind that this bit is only included in the article because harmless pseudo-altruism makes everybody feel good. (The fact that it’s absurd is just a delightful bonus.) And note that Kanye West’s Star Wars houses aren’t specifically for homeless people — they “could be used as living spaces for the homeless.” They could just as easily be marketed as Kanye Luxury Palaces and sold for millions of dollars to tech bros. But the thing that really leaves me wondering is the houses’ alleged size. Luke’s home on Tatooine was decidedly modest; Kanye’s interpretation is “dozens of feet tall.” Are they meant to house dozens of homeless people? Wouldn’t embedding most of the house in the ground make it a little lonely? Does the “light filtering in through the top” sound like Kirsten Dunst’s death well from Interview With The Vampire to anyone else?

On that dreary note, here’s something a little more soothing to ease you into your hopefully well-windowed weekend: