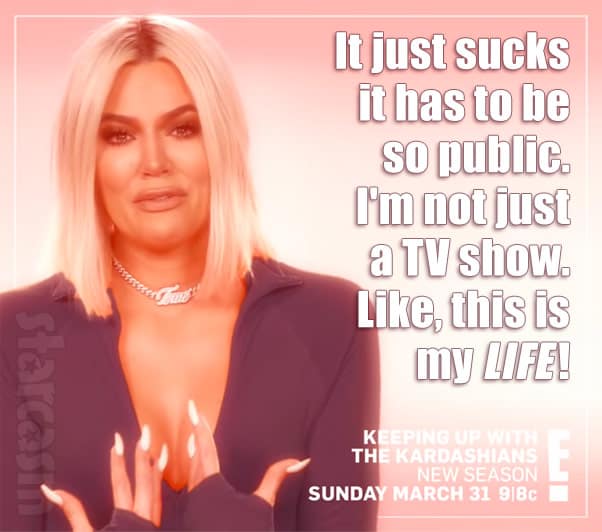 E! has just released a dramatic new superteaser for Keeping Up With The Kardashians Season 16, and it almost had to be directed by Kanye West!

In addition to featuring lots of Kanye’s favorite person (Kanye), the video also includes simplistic piano riffs throughout that ebb and flow with the on-screen emotions — and there are A LOT of on-screen emotions as it is clear Khloe and Tristan’s relationship issues will be the central story line this season.

Here is the full preview followed by some highlight quotes:

“You’ll put me down just to make yourself not look lame.” – Kourtney

“Moving to Chicago might be my breaking point.” – Kim

“My family was ruined!” – Khloe

“Tristan might love me, whatever that means. He has no respect for me whatsoever.” – Khloe

“One.” – Kourtney, when asked how many people she has been in love with.

“I didn’t think that I was going to have happiness again.” – Scott

“I just hope that there’s a light at the end of the tunnel, but I don’t see it right now” – Kylie

“Nothing is private. Everyone feels like they have the right to talk about you, even though they have ABSOLUTELY no idea what’s going on. – Kylie (?)

“True’s the best thing that’s happened to me, ever.” – Khloe

“Sometimes the world forgets just to be kind and that we’re all going through something. Maybe just be a little more understanding, because it f**king sucks.” – Khloe

Keeping Up With The Kardashians Season 16 premieres Sunday, March 31 at 9|8c on E!

Kim Kardashian so eloquent about failed marriage Oprah ‘could weep’