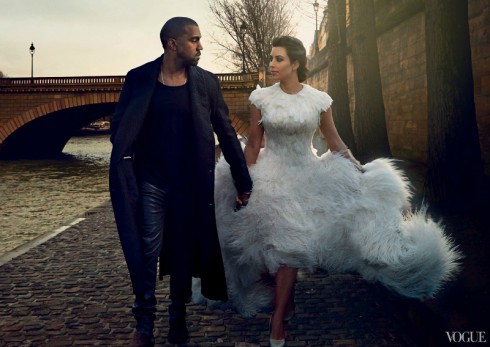 Early last week, sources reported Kim Kardashian and Kanye West were planning to marry before the week’s end in a private ceremony at their California home. So, did they make it official?

Kim fueled the speculation about her secretive weekend activities by taking a social media hiatus. Now, a source told Life & Style the pair is now Mr. and Mrs. Kanye West.

“Kim and Kanye are now married on paper,” the source said. “They got their license in California over the past few days.”

However, getting the marriage license and saying vows before a judge are two different things — and, according to People, Kim is still just a bride-to-be.

Two things both sets of sources agreed on: Kim and Kanye are now in New York City for this evening’s Met Ball. Later this month, they will have a lavish wedding ceremony and celebration in Paris.

Khloe Kardashian getting married to Tristan Thompson post-pregnancy, per report