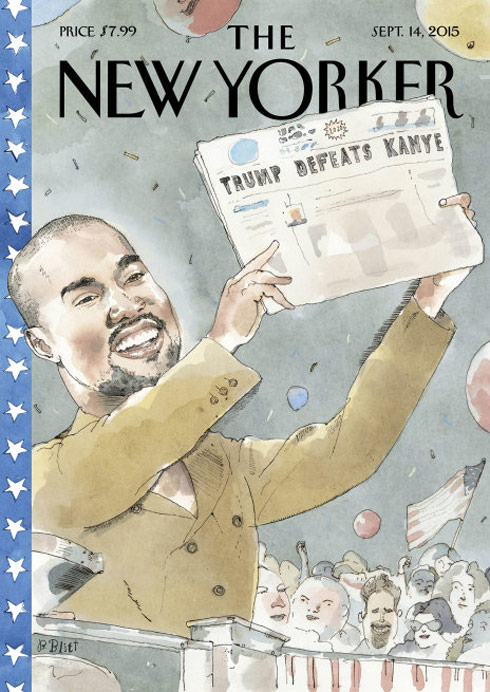 “Kanye West’s announcement of his intention to seek the Presidency reminds us that it’s not too early to start thinking about the 2020 campaign,” says illustrator Barry Blitt of his cover illustration for next week’s issue of The New Yorker. “2016’s already old hat by now, anyway,” he adds.

Blitt then expounds on the correlation between Kanye and Truman. “When one considers Mr. West, it doesn’t take a whole lot of imagination to be reminded of another scrappy kid who won the Presidency, back in 1948, against all odds,” Blitt says. “The press wrote him off, too. That’s right—Harry Truman.” Blitt did not expound on the correlation between Trump and Dewey.

Kim and Kanye reportedly spent $10,000 a night renting an entire floor of an Australian hotel