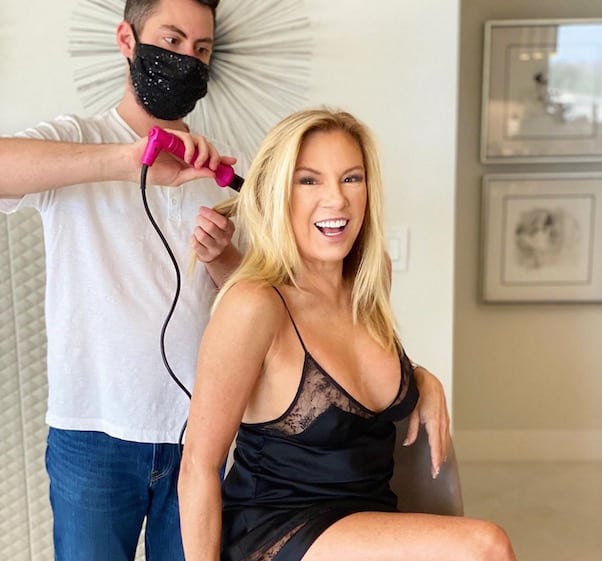 REALITY TEA – RHONY star Dorinda Medley is going off on co-star Ramona Singer for attending the same Hamptons party as Donald Trump Jr.’s girlfriend Kimberly Guilfoyle, who later tested positive for COVID-19. According to Dorinda, everyone who was at the party needs to be tested — and that includes Ramona, and though Dorinda can definitely be a bully she actually has a point here?

CELEBITCHY – Jeffrey Epstein’s longtime co-conspirator Ghislane Maxwell, still alive in federal prison and charged with underage sex trafficking, hasn’t started talking yet. But she’s believed to be maybe on the cusp of naming names in order to protect herself; one person close to Maxwell believes the 58-year-old “won’t be able to handle jail — and she’ll immediately start talking to try to get out of it”

VOX – In case you’ve been wondering what all the newfound critical hubbub over the newly released Disney+ filmed version of Hamilton is all about, here’s a helpful explainer: “Why Hamilton is as frustrating as it is brilliant — and impossible to pin down: Hamilton is an impossibly slippery text. The arguments over the show are part of what make it great”

PAJIBA – #RIP to Broadway actor Nick Cordero, who died on Sunday after a harrowing months-long battle with COVID-19. Cordero’s wife Amanda Kloots announced his passing on Instagram. The couple have one child together: a son named Elvis who turned one year old last month

THE BLAST – Likewise, Rest in Peace to Charlie Daniels, who suffered a stroke today and died in a Tennessee hospital. It was Daniels’ second stroke in ten years; the “Devil Went Down To Georgia” singer was 83 years old

THE ASHLEY’S REALITY ROUNDUP – “ana Duggar may be 30 and still single, but the Counting On star says she’s “not that worried” about it (unlike her family and the show’s producers, who constantly badger poor Jana about her unmarried status)”

DLISTED – According to Brian Austin Green, Courtney Stodden torpedoed any chance she might have had at a second date with him when she shared the video of the two of them in the hot tub

GO FUG YOURSELF – Ben Affleck has Ana de Armas in absolute stitches in this latest set of pap stroll pics, but there is just no way he’s that funny. Maybe Ana is actually wincing and holding her thigh because a bird flew into her. It seems more likely

LAINEY GOSSIP – Finally, here’s the first full-length trailer for the second wonky time travel movie coming out this summer. An American Pickle is about as far as you can get from Tenet both thematically and aesthetically, and it looks…really good? I say this as someone who cannot stand Seth Rogen: I will watch this movie