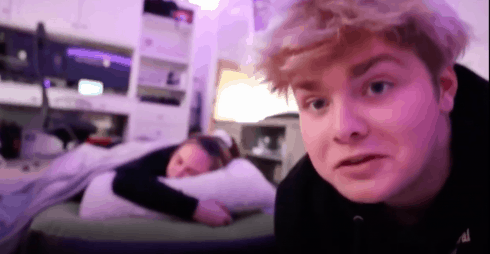 There’s a difference between being heavily influenced by someone else’s ideas and being a direct copy of them. Tik Tok Hype House celeb Alex Warren has potentially crossed that boundary with YouTube vlogging legend David Dobrik. Warren is just not creating short, jokey, fast-paced vlogs with his friend group/business partners, he’s going as far as to mimic David’s iconic laugh, vocal inflections and word choices.

When the camera is turned away from Alex, it could be easy to believe that you’re actually watching a vlog from David himself.

He has denied copying David and has even said that he no longer watches David’s vlogs because of the similarities people point out.

“It doesn’t help that I have a similar laugh to David,” Alex Warren has said about the controversy. “I don’t watch David Dobrik anymore because of the mere fact that I’ve been accused of copying his mannerisms and personality.” 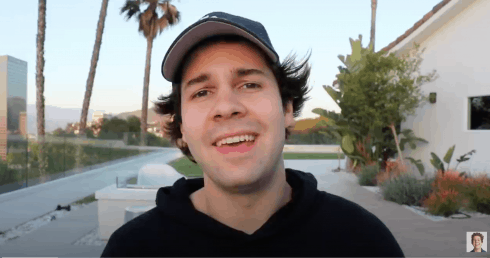 Meanwhile the real David Dobrik just posted a new vlog in the first time in a month-and-a-half. Because his vlogs rely heavily on social contact, not social distance, he’s been staying safe by only posting from inside his house on Tik Tok. Instead of doing joke bits with his friends, David partnered with EA to give away sanitized laptops and gaming systems to unsuspected people on the street. He, Natalie, and Jason donned face masks and strayed down everything to help stay safe while also giving back.

David and crew also threw frisbees with cash taped on the underside, and T-shirt canons with $10,000 checks instide, which is an ingenuous trio of giving stuff away, scaring people for vlog footage, and social distancing. Of course, he topped it all off by handing off keys to new cars. Of course, the keys were distributed to the lucky winners with the help of broom handles.

MORE ON THIS TOPIC