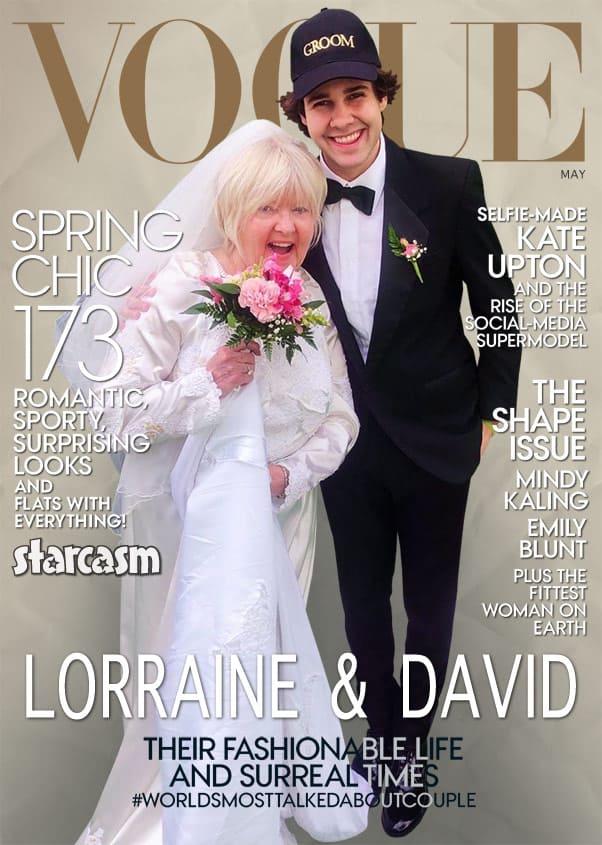 YouTube star David Dobrik has more than 12 million subscribers who are all too familiar with his gleeful pranks, which usually involve David’s close friends and often require a huge budget. (Think: “Hey, why don’t we get my assistant a new Mercedes just for fun?”) But, no one could have predicted the 22-year-old’s most recent prank as he took an impromptu trip to Las Vegas and married the mother of his 45-year-old Vlog Squad bestie bro Jason Nash!

But, did he and Lorraine Nash ACTUALLY get married?

According to Clark County court records, the answer is YES! David Julian Dobrik and Lorraine C. Nash were married on May 15, 2019. Their marriage license was recorded on the same day. So… Congratulations Mr. and Mrs. Dobrik!

Here are the receipts: 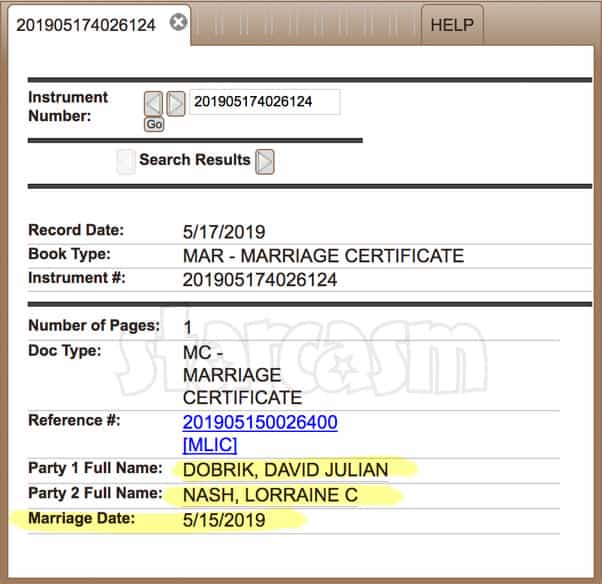 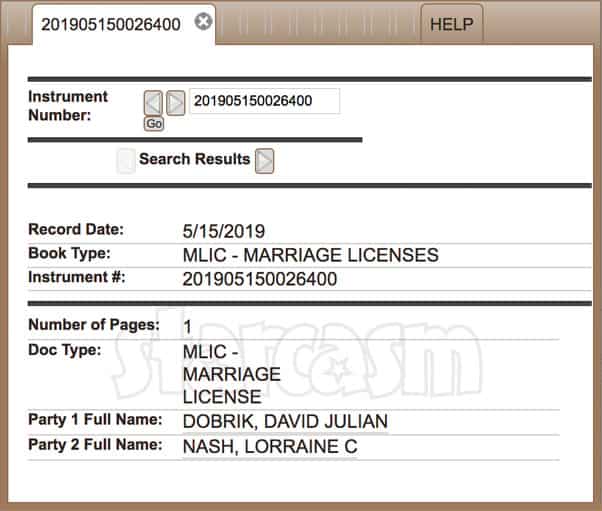 On a side note, many people are speculating whether or not the marriage will help David out as far as his U.S. citizenship goes. In case you were unaware, David was born in Slovakia and came to the United States when he was six. He is currently protected under DACA, but his status requires that he stay out of trouble — which can severely limit the possibilities for a YouTube prankster.

Here’s a little bit about DACA from Wikipedia:

Deferred Action for Childhood Arrivals (DACA) is an American immigration policy that allows some individuals with unlawful presence in the United States after being brought to the country as children to receive a renewable two-year period of deferred action from deportation and become eligible for a work permit in the U.S. To be eligible for the program, recipients cannot have felonies or serious misdemeanors on their records. Unlike the proposed DREAM Act, DACA does not provide a path to citizenship for recipients, known as Dreamers.[1][2] The policy, an executive branch memorandum, was announced by President Barack Obama on June 15, 2012. U.S. Citizenship and Immigration Services (USCIS) began accepting applications for the program on August 15, 2012.

It is unclear how David’s marriage to Lorraine will affect his citizenship status, especially given the fact that the marriage was clearly not a legitimate one. Of course, there’s always a chance that true love may blossom, right?

OK, this post is way too serious for a post about David Dobrik! He is all about inspiring guffaws and warming the heart, so I will let him do both of those with his own posts documenting his dream wedding:

My friend told me I would never find love and get married. So I flew to his moms house and married her on the spot. Now that same friend is my stepson. True love always wins pic.twitter.com/OQ3p0ONGkV 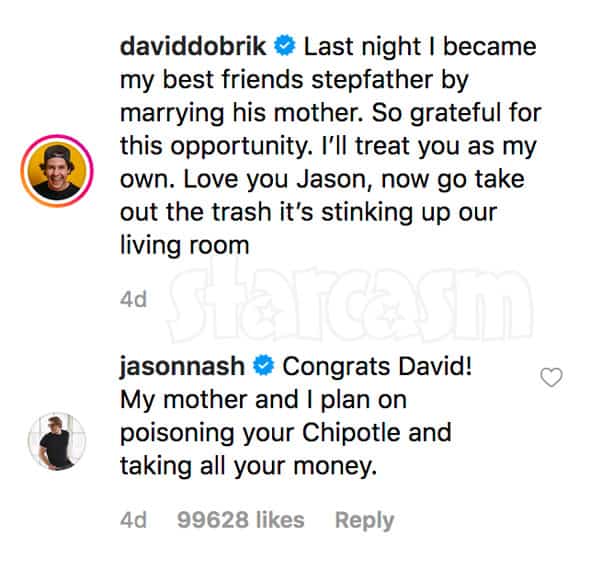 Is anybody else extra sad about the Trisha Paytas and Jason Nash break up now? I didn’t think I could be any more bummed about it, but losing the potential for David becoming Trisha’s step-father-in-law has me Game of Thrones Season 8 disappointment level sad.

MORE ON THIS TOPIC!