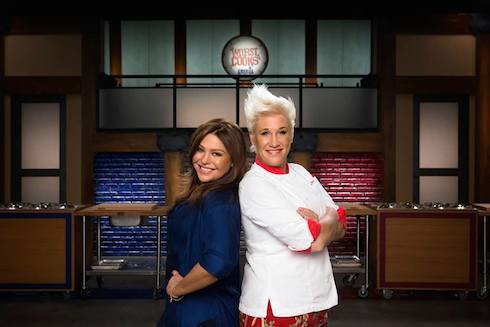 Are the Worst Cooks In America really that bad? They can’t be that bad, can they? They must be actors. Right? Well, unfortunately (or fortunately, depending on your perspective) what you see is what you get in the kitchen when a new batch of recruits rolls up on Food Network’s set for a new season of the show. Despite persistent belief among viewers that the pseudo-chefs featured on the show must be paid actors, or are amping up their own deficiencies, a bevy of behind-the-scenes testimony lends credence to the opposite point of view: no, these guys really are that bad. But the reasons why are varied indeed.

And, of course, the contestants are also often perfectly willing to acknowledge how bad they are. Michael Haydin, a Worst Cooks contestant during Season 4, told the Danbury News Times that before his time on the show “I would burn grilled cheese and undercook chicken. I always told people whatever I cook either comes out pink or black.” And Anna Altomari, who featured back in Season 2, almost sounded sheepish when she spoke to the Orange County Register about her lack of skill. ” I live at home with my mom, who is very traditional,” Anna explained. “I don’t know how to cook. She does everything for me. With my schedule, I’m really busy. It’s hard for me to cook. She doesn’t really teach me anything.”

(Anna added that even her friends, while understanding, didn’t beat around the bush when it came to food: When they have a potluck, [my friends] always tell me to bring chips and dips. They never asked me to bring a cooked dish.” That did change, however, after her time on the show.) 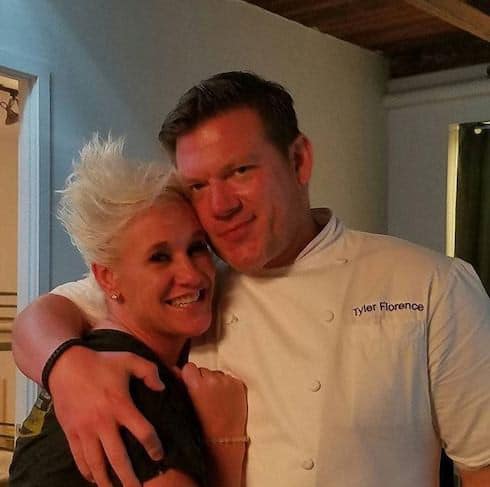 Holgie Forrester took Anna’s “really busy” rationale to an even more absurd extreme in Season 8. Holgie was all about the next adventure in life: as the Desert Sun reported, she lives outside Joshua Tree National Park in her very own geodesic dome; she’s been swimming with snakes off the Argentine coast; went on a grandmas-only skydiving trip to mark her 66th year of life; and won $10,000 in a CMT dancing competition back in 2008. Her activities didn’t leave much time for the kitchen: “I didn’t whisk,” she told the paper; “I thought whisk was laundry detergent.”

As devoteés of the show will recall, there have even been contestants who didn’t know how to boil water. Season 3’s Melissa Rhodes was one of these. Her troubles in the kitchen had a deeper, psychological root: Rhodes‘ “complete lack of basic cooking knowledge” was a side-effect of the seven years she spent battling anorexia. Her boyfriend encouraged her to try out for the show as a means of helping Rhodes overcome her fears (and culinary associations). The dish that got her on the show? As she told the Naples Daily News, it was a shrimp dish that Rhodes put on the grill to cook not knowing “the shrimp were already cooked.” Things got worse from there; the “end result was something that resembled applesauce.” 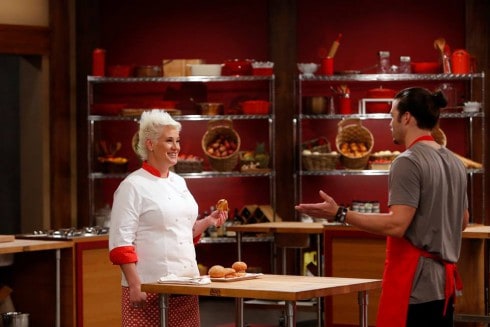 Ultimately, stories like these are what inspire host Anne Burrell, the only celebrity chef who’s been been with Worst Cooks in America since its inception. “It’s a truly sweet show,” she says, and adds that “We’re hard on [the contestants], but it’s tough love. They truly, honestly want to get better, and we teach them and don’t give them anything that we know they can’t do well.”

That said, there’s no chance of the show becoming a hug-a-thon. Not only are the contestants’ mistakes real: the discomfort and awkwardness that those mistakes engender can be too much to bear. “Some things are cringe-worthy,” she revealed to Popsugar. “I cringe when people are dangerous; when I’m scared they’re going to hurt themselves. That’s when I get nervous. Other things they do to food–instead of [being] cringe-worthy, it’s more eye rolling. There are definitely some silly situations.”

If you’re interested in engendering a bit of silliness yourself, you can fill out the show’s application right here. Otherwise, tune in: Worst Cooks In America continues its streak of feel-good cringing with the newest round of Celebrity Edition, airing Wednesday nights on Food Network.

(Photo credits: Are the Worst Cooks In America really that bad via Facebook, Food Network)

What is the spiritual retreat in the Mad Men finale?