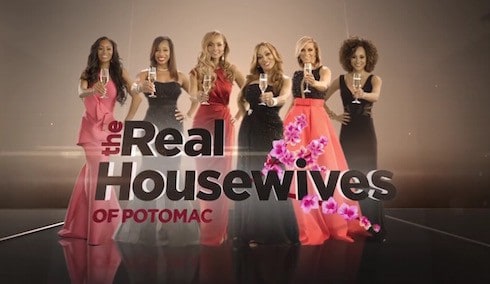 The Real Housewives of Potomac returns with all-new episodes on April 2nd–but Bravo may have already decided that the show’s second season will also be its last. The Washington Post‘s Helena Andrews-Dyer, who has been way out in front of everyone else on the RHOP beat since before the show was even a part of the Real Housewives franchise, reports that Bravo is “on the fence” about the show.

In fact, according to “a person with knowledge of the production,” Bravo was disappointed enough in the show to decide against trying out a favorable new time slot: namely, last fall, as the follow-through for RHOA Season 9. (Another bad sign: RHOP apparently finished filming Season 2 all the way back in the summer of 2016, so its new episodes will be close to a year old when they do begin airing.)

RELATED: New RHOP cast member Monique Samuels unafraid to ‘tell it like it is’ for Season 2

Said the Post‘s anonymous source: “The ladies are getting very nervous. They’re all feeling major anxiety and fearful that their show may not air. It’s definitely holding on by a string….For right now, the ladies are on pins and needles.”

One lady who’s definitely not sweating any RHOP Season 2 canceled rumors: now-former cast member Katie Rost, who got the boot because she was–to quote Katie herself in a since-deleted tweet–not “exciting” enough. Katie’s been replaced with longtime D.C. resident Monique Samuels, who’s best known to football fans in the region as the wife of former Washington offensive lineman Chris. Early reports indicate that Monique is as matter-of-fact with her pronouncements as she is successful in running her businesses, so it’s possible that any amped-up drama this year will come from her corner.

Also possible: the show may touch on lingering allegations regarding Ashley Darby’s marriage to Australian magnate Michael. Season 1 implied that there might be some bisexual swinging at play for the two. And, since then, a report supposedly confirming that Michael has had international flings with at least one other man went wide.

Of course, the network is conceding no such behind-the-scenes drama. A Bravo spokesperson told the Post that “[RHOP] was our highest rated freshman series in three years,” and added “The Potomac ladies are coming back in 2017 and fans have every reason to be excited for a great season.”

Indeed, non-DVR ratings for RHOP Season 1 were a respectable 1.619 million viewers per episode, or almost exactly twice those of The Real Housewives of Dallas, Bravo’s other 2016 Housewives debut. And Dallas also got a Season 2 renewal. But Potomac‘s ratings, in turn, are only about half of what powerhouse Atlanta pulls in, and somewhat less than the other, better-established entries.

The Real Housewives of Potomac Season 2 debuts April 2nd at 9 PM on Bravo.