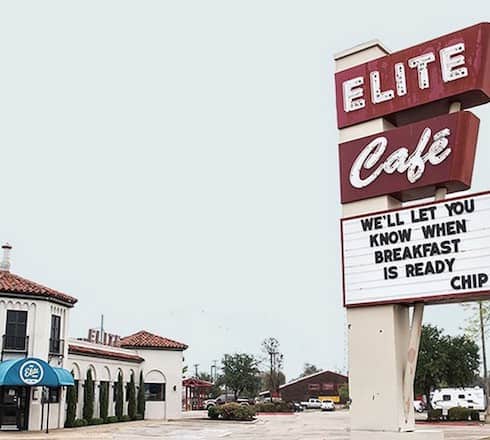 Chip and Joanna Gaines are still overseeing a steady, breathtaking expansion of their Fixer Upper empire. In the past year and a half alone, their major projects included Hillcrest Estate, the second Magnolia B&B; Magnolia Realty, their Fixer Upper-inspired, Texas-wide real estate agency; the official Magnolia magazine, and Chip’s very own memoir. And, if we interpret “empire” loosely enough, it’s fair to include the fact that Joanna’s sister Mary Kay is moving back to Waco–along with her seven (7) children.

So, while Fixer Upper is ending after its fifth season, the Gainses are hardly about to disappear. If anything, the official Fixer Upper restaurant will make them more of a Waco institution than they already are (during breakfast–Chip’s favorite–if nothing else). The establishment will be called Magnolia Table, and will be housed in the former Elite Cafe–another Waco institution, one with a 97-year history stretching from 1919 to its close last year.

What should fans expect from the Fixer Upper restaurant? Joanna gave a preview with an excited update this past summer, revealing that the Gainses themselves had “so many great memories from Sunday brunches at the Elite,” and assuring both fans and Wacoites that she and Chip “don’t take this renovation and restoration project lightly.”

We’ve spent a good amount of time finalizing the design of the new restaurant- from carefully choosing finishes, textures, and paint colors, to designing the tables, chairs, and light fixtures. I love getting to bring all of the design details together. The building was actually recognized as a historic landmark about 20 years ago, which essentially ensures that aspects of the original character stay intact. Figuring out how to restore the building and seamlessly incorporate new and creative design elements into the mix while staying true to the original features has been one of my favorite parts of the design process….And Chip is rocking and rolling on the construction side of things….We are setting our sights on opening at the end of this year….Magnolia Table will be serving breakfast, brunch & lunch, so in addition to Chip’s favorite breakfast items, you will also find his famous ham sandwich on the menu. A couple of the crowd favorites here at the office are the Farm eggs benedict, the Gaines Brothers Burger, and of course our homemade pies!

As far as the Elite Cafe’s history, the restaurant’s official bio has been preserved over at Waymarking, where it actually has its very own page. One of Elite’s claims to fame was the patronage of one Elvis Presley, who became a regular diner while stationed at nearby Fort Hood in 1958. Per the bio, Elvis “dined at The Elite frequently,” and “more than likely ate his favorite meals of fried peanut butter and banana sandwiches or hard-fried eggs with burnt bacon.” The cafe would eventually emblazon one of its booths with a small plaque that bore a photo of Elvis, along with the caption “Elvis Presley Dined Here.”

Beyond that bit of history, the Elite Cafe was also the first building in Waco to get air conditioning, back in 1935. Which is either really early, or, given East Texas’ legendary soup-air, not a moment too soon:

History of Waco: Did you know that before @chippergaines decided to to make it a breakfast spot or even before it was on the traffic circle the Elite Cafe was on Austin Ave? While it had great food and a friendly atmosphere in 1935 the restaurant was famous because it installed Waco's first air conditioner! #thewacoanspodcast #elitecafe #historyofwaco #fixerupper #magnolia #wacohistory

As Joanna noted, the building itself was designated a landmark, although not on the national level. A more recent plaque outside the Elite Cafe proclaimed its designation as a Texas Historic Landmark in 1995: 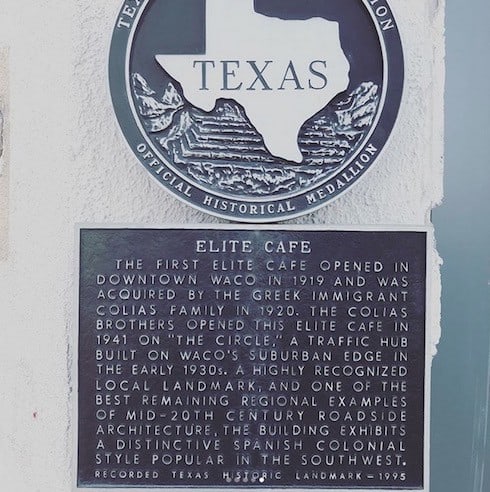 Here’s a closer shot of the building’s iconic front: 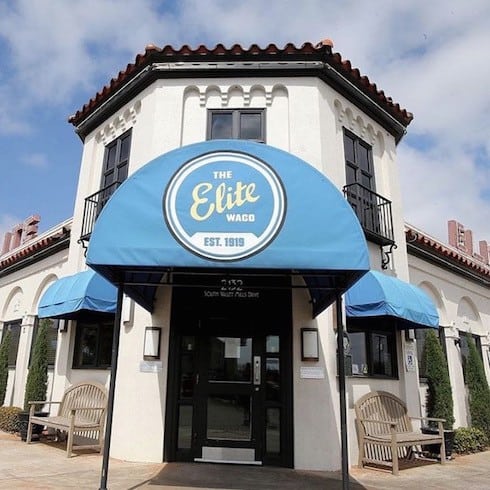 And a slightly more inspiring relic: a snapshot of the Elite Cafe’s iconic Bear Burger, which rumor has it will be preserved on Chip and Joanna’s new menu: 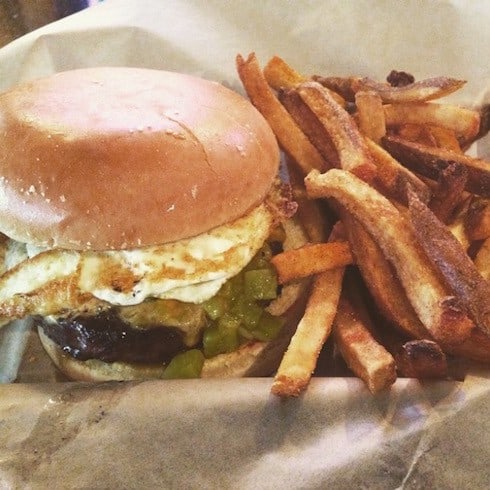 How about the old menu itself? 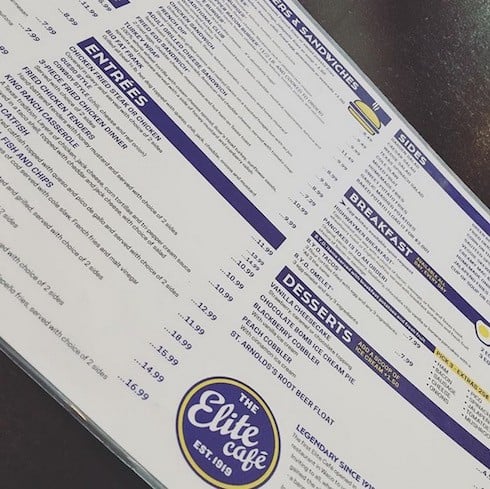 Finally, here’s a couple shots of the work-in-progress. The Fixer Upper crew has been unusually secretive about showing the inside of the building, so we’re betting it gets its very own Season 5 episode: 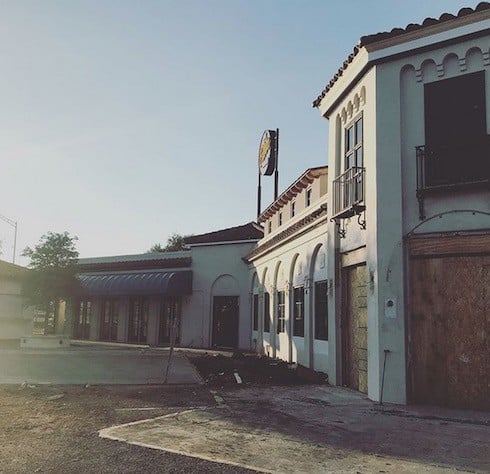 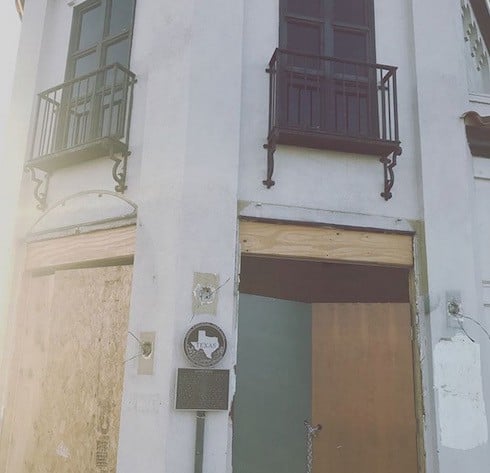