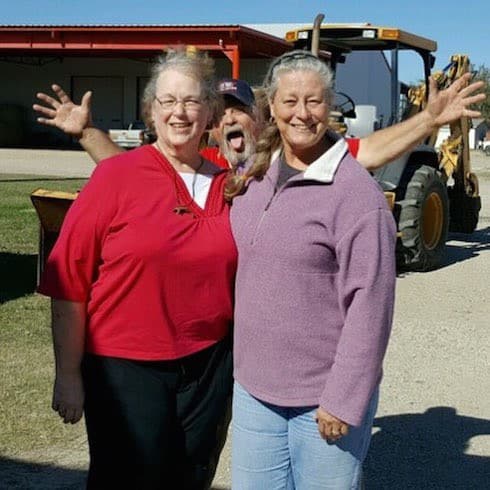 It’s a question every reality TV show has to deal with, and DIY’s signature series is no exception: Is Texas Flip & Move fake? Despite the persistent belief among some viewers, the show’s cast relies on a whole lot of friendly fan outreach–as well as an unusual degree of transparency–to do what it does best.

Truth be told, the question even came up in a recent FWTX feature on the Snow Sisters, albeit with an unusual twist: according to the sisters, they regularly receive Facebook messages from fans wanting to know how long it takes “to memorize a script so funny.”

To those people, Toni Snow always has the same answer: Of course there’s no script. “We are what we are on TV,” she told the publication. “We know how to cut a piece of wood, we know how to measure, we know how to do things like that, but we also kid around and be ourselves, in and out of the reality part.”

In fact, the Snows were so unassuming that they thought they were being pranked years ago when a producer contacted them to see if they’d be interested in joining the cast of what would become Texas Flip & Move. “I just went right along with it,” said Donna. “I was being nice to him, as I was raised to be respectful, and answered all his questions. I start questioning, ‘Well, you know, if this is a competitor pulling a prank, boy, they’re really taking it to the hills.'” 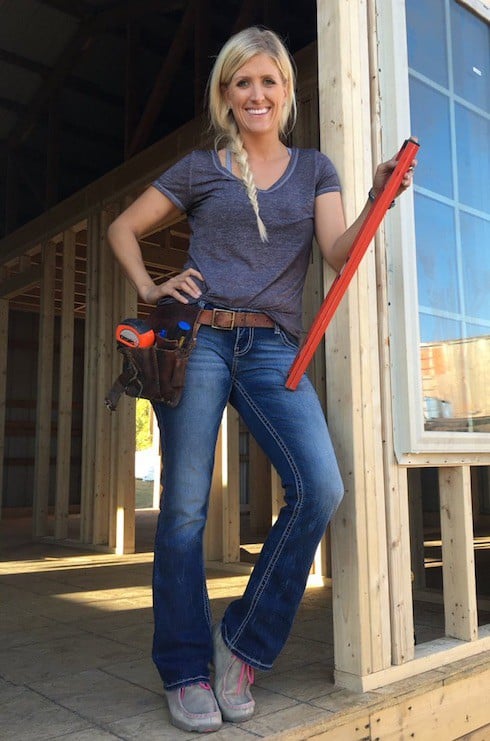 But the Snow Sisters are hardly the exceptions among the Texas Flip & Move cast, as anyone who follows them on social media can attest. The whole crew is well-known for answering all manner of fan questions on the regular…

We have been friends for a while now! Just business partners! https://t.co/Q4ihmxcdYo

Licensed in Texas is a large base term, but yes ma'am:) https://t.co/uHL64gInr3

All depends on how many houses we are working on at the same time. Normally 2-4 weeks https://t.co/KoUOv1xOtG

…and are just as quick with a “Thank you” for fans who only want to offer a kind word:

Thanks for th kind words! That's our favorite flip so far too! @WEARETENN_GBO https://t.co/APKqtER4T0

Plus, the cast has even been known to drop the occasional spoiler:

The problem with two stories when it come to moving is height! However…….. stay tuned in this season, we just may push the envelope:) https://t.co/I9GruC6PjW

And speaking of openness, auctioneer Myers Jackson recently reminded fans that they can sign up to attend auctions that will later be featured on the show. He also reminded them that “it gets as hot as a hornets nest in a hay baler during the bidding,” so, if you’re inclined toward attendance, you need to be prepared for some shenanigans among the members of the cast 🙂 There haven’t yet been any auction dates announced for 2017, but, if you are interested in seeing one for yourself, you can contact Myers Jackson here.

And it’s worth remembering that every one of the flippers featured on Texas Flip & Move was a professional contractor or house mover (or both) before the show even started. Some of them have very long histories indeed: Hester House Moving, which Casey Hester now runs, began in 1962 with Casey’s grandfather Bill, who passed it down to son Dan before Dan handed the reins to his son in turn. And the Snow Sisters, as the FWTX article above points out, run the house moving business their grandfather, C.A. Snow, started in 1942.

Texas Flip & Move airs Fridays on DIY, as well as during a handful of marathons each week.

RELATED ARTICLES: Texas Flip & Move Cast: Are Cody and Suzi coming back to the show?