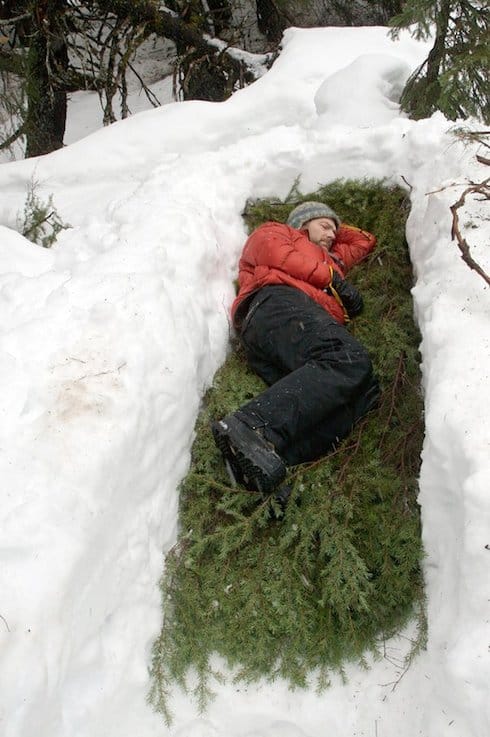 Did Les Stroud die? It seems a proliferation of unsubstantiated rumors about the fate of the resilient Canadian, he of Survivorman fame, have taken root all over the internet–and, thanks to a spotty schedule for his show in the States, there isn’t a whole lot of new information to go around. So, before we go any further, let’s just dispel that notion right away: no, Les Stroud did not die; he is alive and well and being an inspiring survivalist and naturalist right this very minute!

That said, it’s worth taking a minute to sort through some of the more prominent “Les Stroud dead” rumors and correct them as best we can. For starters, Les has had a couple of particularly close encounters while filming Survivorman; according to the man himself, the two hardest episodes to get through, and the ones that brought him closest to death, were the Kalahari Desert (Season 2, Episode 1) and the infamous Norwegian mountains (Season 4, Episodes 1-2). Based on assorted interviews, it sounds like the Kalahari challenge was the more dangerous of the two: “I nearly died from heat stroke in the Kalahari desert,” he said, matter-of-factly. “[It] wasnt as sensational as when I was chased by a jaguar in the jungle but every bit as dangerous.” (It’s worth pointing out that the same desert nearly killed Dual Survival’s Grady Powell this past season.) 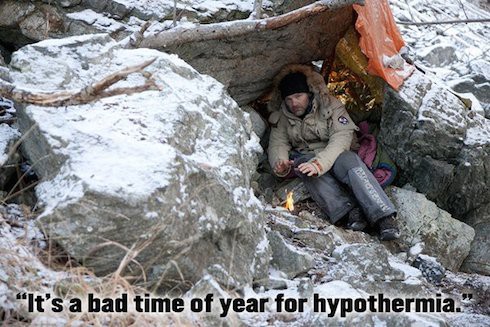 Norway also got a mention during a Reddit AMA that Les did a few years back. “It was touch and go,” he recalled, “on the mountainside–I did say things I didn’t let my editor put in the final cut.” And, in response to another question about danger, Les again recalled the mighty grimfrosten mountains of Norse lore: “I got myself in quite a dangerous situation stuck on the mountainside with a safety crew only miles away. I couldn’t get back up the hill, couldn’t go forward, and I had no radio.” 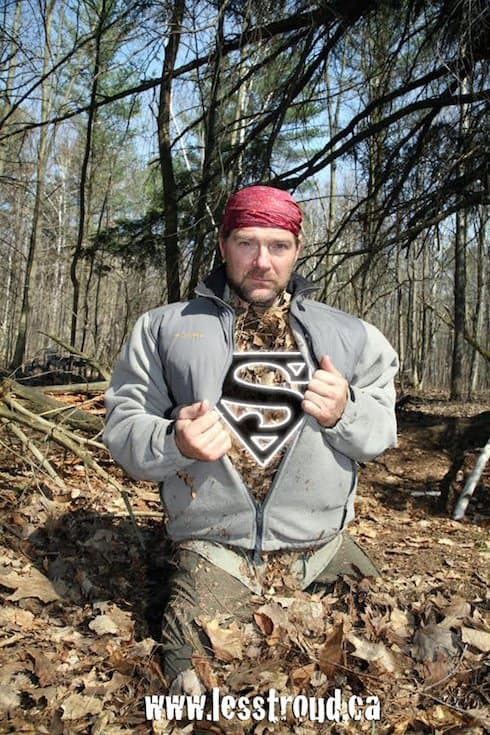 In a more recent development, Les was involved in a “major car crash” in Mongolia late last year. The crash came at the tail end of a long and successful shoot, one that involved Les’ Survivorman and Son co-star Logan–who, on a related note, survived a 2014 leukemia scare of his own. According to an update Les provided on YouTube, the Survivorman crew was traveling in a caravan in some pretty rough country, and frequently stopped to reconsider the best path to take:

As Les recalls it, he was looking out the front window from the middle of the back seat, when all of a sudden something happened, no one knows what, but suddenly the car spun sideways and skidded for approximately 25’. It then began to roll hard and fast. It rolled twice fully before coming to a stop upright….On the way back to the scene of the accident the two lead cars assumed it was just another missed turn they needed to take. As they got closer they saw the car upright and thought nothing of it, until piece by piece they could see debris laying all over the ground including back packs and camera cases that were travelling with Les.

The initial fear was that Les had suffered a spinal injury. When he was able to move his fingers and toes while still at the scene of the crash, the doctor in the crew instead diagnosed at least some broken ribs and a dislocated shoulder, and tried to make arrangements for a medical airlift. A comedy of errors then ensued: the nearest helicopter didn’t have enough gas to make the journey; the entire crew had to squeeze into one microbus, and the local drivers were so exhausted they fell asleep at the wheel several times throughout the 7-hour journey; when Les finally made it to an X-ray machine, the resulting X-rays were so poorly developed that no one could tell how bad his injuries were. In fact, it wasn’t until the whole crew was back in Toronto, a 20-hour flight later, that Les was also diagnosed with torn chest muscles–and a punctured lung!

Unbelievably, there is video footage of the aftermath of the crash:

If that crash and the harrowing journey that followed couldn’t kill Les Stroud, it seems like nothing will! And, with that, we’ve hopefully cleared the “Les Stroud dead” question up. For future reference, you can keep up with the Survivorman himself by following the many Les Stroud social media accounts: