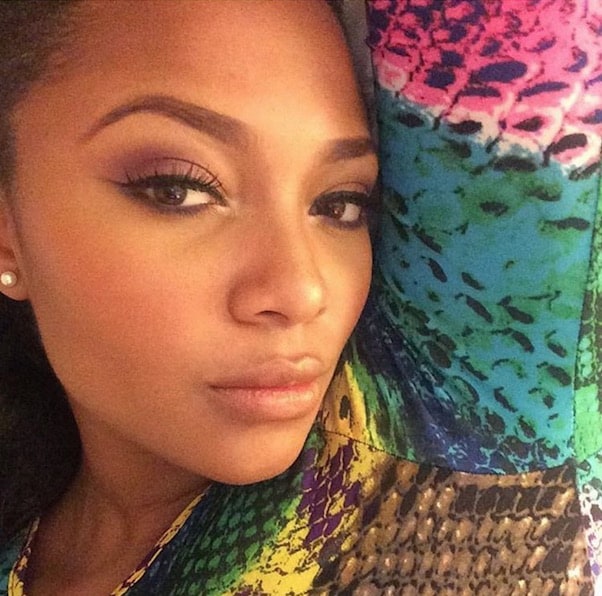 According to a number of new reports, things are not going at all well for Teairra Mari in her ongoing revenge p0rn lawsuit against 50 Cent. Teairra is said to be “broke” and may have been fired from Love & Hip Hop Hollywood after coming for the rapper in the aftermath of her leaked sex tape. And, though there’s plenty of gossip out there, we’ve been able to find out a few things to a certainty.

Teairra Mari came under some pretty heavy criticism last year when it emerged that her entire sex tape and legal justice storyline may have been faked. At the very least, it looked like Teairra could have actually leaked the tape herself, specifically to set the story up for LHHH Season 5. Officially, though, Teairra accused 50 and her ex-boyfriend Akbar Abdul-Ahad of conspiring to leak Teairra and Akbar’s tape. She sued 50 Cent on revenge p0rn charges last year.

Since then, the case has turned into a bit of a debacle. First, the judge dismissed all of Teairra’s claims, and ordered her to pay a total of $60,000 to 50 Cent: $30,000 in damages, and $30,000 of his legal fees. Teairra balked at the demand. This past April, the same judge issued a warrant for her arrest when she failed to show for a hearing related to the verdict and 50 Cent’s request for a look at Teairra’s finances.

Since then, Teairra has been on the stand giving detailed explanations of those finances — and, to hear her tell it, things have gotten dire. The legal battle has left her without anything in the bank: to use Teairra Mari’s own words while in court last week, the OG LHHH star is actually “broke broke.” Teairra claims she’s been ducking the $30,000 in attorneys fees she was ordered to pay because she’s simply “unable to cover” it.

All of this bad news has led to plenty of gossip that Teairra was fired following the most recent season of Love & Hip Hop Hollywood, and that she won’t be back when Season 6 drops in a couple of months. However, Teairra herself has dismissed those claims on social media, and our sources say she’s been filming with the rest of the cast since production on Season 6 began.

But lest you think this ongoing legal battle’s got Teairra Mari down, we’ve got a screengrab for you. Here’s her latest Instagram post, shared just an hour ago, featuring a deliberately bad photoshop job of 50 Cent in a compromising position. We screengrabbed it because it seems likely to be flagged for violating Instagram’s standards even if 50 Cent doesn’t put up a fuss. Feast your eyes; the caption’s below: 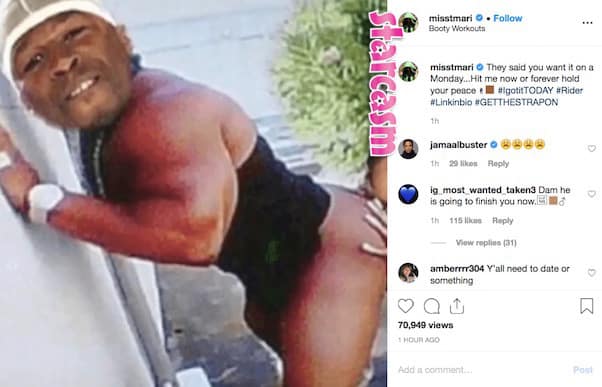