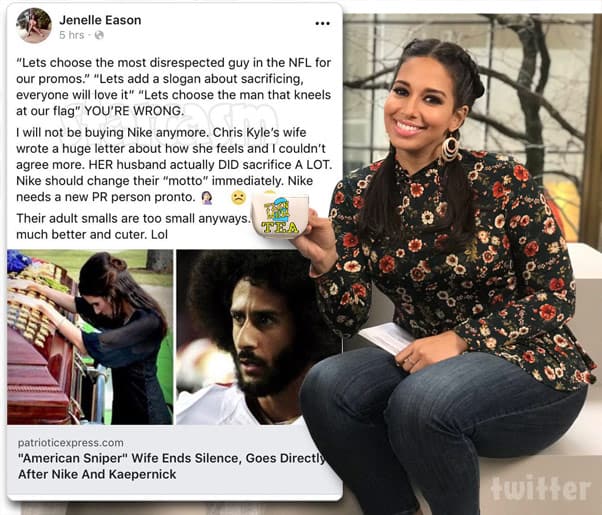 The Ashley, who is basically the Lord Varys of Teen Mom 2, had one of her little birds spill the tea about the spat between Jenelle and Nessa, who is dating controversial former NFL quarterback Colin Kaepernick:

“Jenelle had posted some negative stuff to her social media about Colin in the past. David, too. Nessa also had screenshots of a bunch of posts Jenelle and David have made over the past few months that she and other people felt were racist,” the source said. “Jenelle had no clue it was coming and was basically ambushed on-stage.”

According to The Ashley’s source, Jenelle tried to dodge responsibility for the posts by claiming that she doesn’t control what gets posted on her social media accounts. As we have stated numerous times before, the sponsored posts on Jenelle’s social media accounts are made by a third party company. So, Jenelle is not the one making the posts. BUT, she does have the choice as to whether or not to continue the partnership.

Of course, all of this is moot because the posts in question were not sponsored posts. (An example is included at the top of this article.)

The audience source says that Nessa did not relent with her questioning, but she “was very professional about it all. She was not screaming or getting in Jenelle’s face or anything like that. But she was very firm and was ready for this.”

During the interview, Jenelle was reportedly receiving numerous texts from her husband David, who was not allowed on set and was staying in a nearby city as part of MTV’s preschool corralling efforts to avoid confrontations.

Eventually, Jenelle began to cry and left the stage. Producers convinced her to return, at which point Nessa picked up right where she left off.

That proved to be too much for Jenelle, who stormed off stage for a second time. This time she reportedly “went up to some of the producers and told them ‘I am having stomach pains and I need to go to the hospital.’” The Ashley’s little bird has some amazing hearing!

In a follow-up tweet, The Ashley revealed that Jenelle’s mom Barbara Evans “went out and did the rest of Jenelle’s segment basically.”

UPDATE – Jenelle has since responded to the Reunion drama with a statement on Instagram, which accompanied a family photo of herself, daughter Ensley, and husband David Eason — who was wearing a Redneck Nation shirt with a Confederate flag: 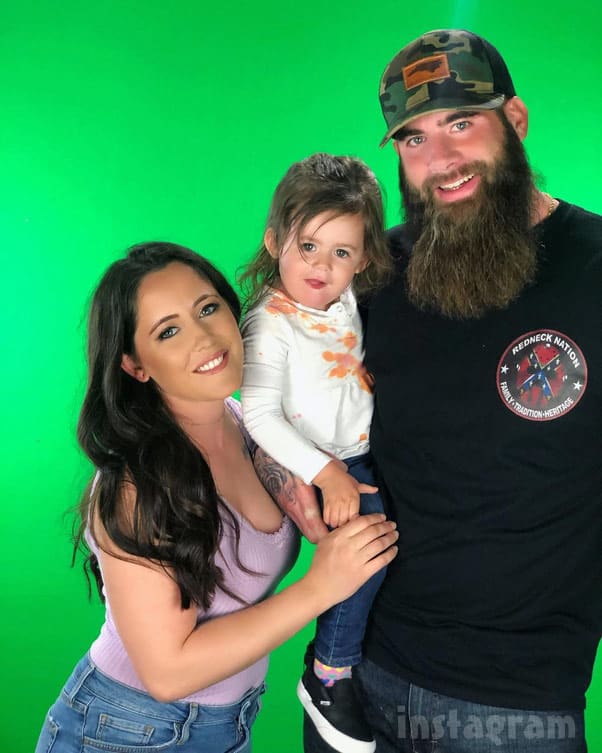 #Family ? After this stressful reunion, I’ve been put through the ringer. To trust an entire group of people for years then they turn their back on you and treat you like a puppet is beyond words. Family is everything I need to make it through my hard times and I am truly #blessed for what I have today. Didn’t take many pictures but super happy my mom was there by my side to defend everything. Please don’t ever let anyone bring you down and be strong in whatever you do. #TeenMom2 #ReunionSpecial

I’m going to step out on a limb here with a little bit of speculation. Jenelle previously announced that she was having medical issues and stated that she might have to miss the Reunion taping because of it. Although Jenelle might actually be having some serious health problems (she can’t seem to shake those), I really believe she was establishing an emergency parachute that she could pull the cord on to get out of attending without violating her contract. And that emergency chute would also work right in the middle of recording her segment.

So, what do you think about this development? Did Nessa have a responsibility as a co-host to remain impartial, or was she justified in bringing up Jenelle and David’s attacks on her boyfriend Colin?

While y’all debate that topic, be sure to check out a couple of our previous posts about Nessa:

On a side note, in order to create the image at the top of this post featuring Nessa holding an altered Talk Stoop mug, I had to edit out Terry Crews. Given what an awesome dude Terry is, that made me feel pretty bad — and probably set me up for some rather unfortunate cosmic karma. So, in hopes of balancing out my account a bit, here’s a link to the original photo with all of the Crewstrulescence still intact!

Jenelle & mom Barbara do yoga together, plus ‘Best of Jenelle & Barbara’ MTV videos